You are here: Home / Animals / Hamsters 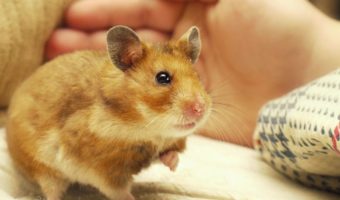 Hamsters are popular pets, the most common and largest one being the Syrian Hamster, also known as the ‘Golden Hamster’. The Syrian Hamster is naturally solitary and must be kept singular and not in pairs or groups as they will fight.

Unlike Guinea Pigs, the Hamster is an unsociable animal and different species have to be kept single as pets, putting one hamster with another hamster would cause fights in which one or both could be harmed.

However, the Russian Hamster and the Dwarf Hamster (who grow to be about 8 centimetres), like the company of their own kind, however, it is still a good idea to keep males and females separated.

The only time hamsters can be put together is for mating and still you have to be at hand to interact if any combat develops.

The best way to avoid confrontations at mating time is to make sure you put the female into the male territory. Breeding hamsters can produce a litter every few weeks.

Here are the general statistics of a Golden Hamster:

Because hamsters are desert animals, they like to conserve water and so it is quite normal for them to eat their own droppings so they can save as much water as possible.