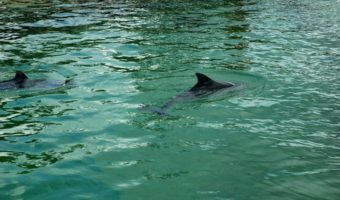 The harbour porpoise (Phocoena phocoena), also spelt harbor porpoise, is one of eight extant species of porpoise. It is one of the smallest cetacean in the sea. As its name implies, it stays close to coastal areas or river estuaries and as such is the most familiar porpoise to whale watchers. The Harbour Porpoise often ventures up rivers and has been seen hundreds of miles from the sea.

The English word porpoise comes from the French pourpois, which is from Medieval Latin porcopiscus, which is a compound of porcus (pig) and piscus (fish). They belong to the family Phocoenidae and the order Artiodactyla.

The harbor porpoise is sometimes known as the Common Porpoise, though this usage appears to be dying out. These animals are not currently endangered, and are listed as Least Concern on the IUCN Red List. 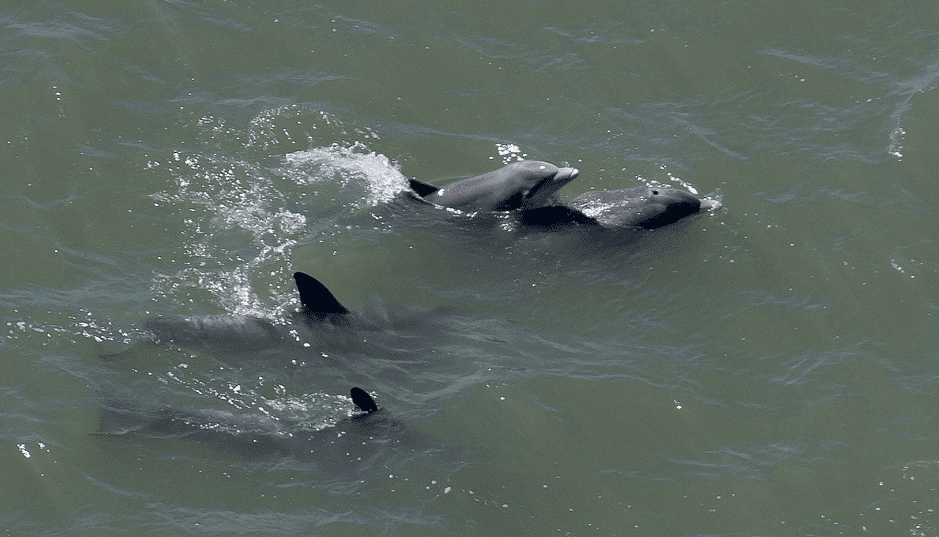 The body of the harbour porpoise is robust and they have a triangular dorsal fin. Their flippers, dorsal fin, tail fin and back are a dark grey. Their sides are a slightly speckled lighter grey. Their underside is much whiter, though there are usually grey stripes running along the throat from the underside of the mouth to the flippers. 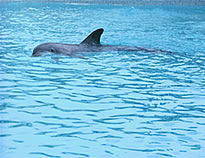 Harbour porpoises can live up to 25 years, but more commonly live for between 10 and 15 years.

Harbour porpoises are flexible and opportunistic in their feeding. They mainly eat small fish, crustaceans, and cephalopods, such as squids, octopuses and cuttlefish. Young porpoises need to consume about 7% to 8% of their body weight each day in order to survive.

The harbour porpoise is most often seen alone or in small groups of 2-3 animals. Cooperative foraging has not been commonly observed in this species.

Harbour porpoises can be difficult to spot and sightings are not that common. This is mainly due to their size, as well as the fact they generally spend little time at the surface and do not often engage in visible behaviours such as breaching or tail slapping. Harbour porpoises are not deep divers and generally make short but frequent dives from the surface. The deepest dive recorded was 224 metres (735 feet) deep. Dives can last five minutes but typically last one minute.

While there are noticeable seasonal shifts in distribution in certain locations, these marine mammals do not appear to undertake coordinated migrations. Tidal currents appear to influence movements in a number of locations.

The harbour porpoise produces short pulsed high frequency (110-180 kHz) “click” sounds, primarily for echolocation. These sounds do not carry very far under water. It is thought that this click activity is linked to foraging behavior, and most commonly happens at night. However, they also use these click sounds to communicate with each other.

Porpoises mate promiscuously, and males produce large amounts of sperm, perhaps for sperm competition. Females can calve each year for several consecutive years, being pregnant and lactating at the same time.

The gestation of the porpoise is typically 10 to 11 months and most births occur in late spring and summer. The calves are weaned after 8 to 12 months and remain with their mother for a period of around 18 months. Females reach sexual maturity by their third or fourth year.

The harbour porpoise is widespread in cooler coastal waters in the Northern Hemisphere, largely in areas with a mean temperature of about 15°C including the coasts of Spain, France, the United Kingdom, Ireland, Norway, Iceland, Greenland and Newfoundland. The population in the Baltic Sea is limited in winter due to sea freezing.

They are found in the western North Atlantic, along the United States coast as far south as northern Florida, and in the eastern North Atlantic, they range as far south as Senegal in Northwest Africa and as far north as Novaya Zemlya and the Barents Sea. There is another band in the Pacific Ocean running from the Sea of Japan, Vladivostok, the Bering Strait, Alaska, Canada, and California. They are also found in the North Pacific and the Black Sea. They are found primarily at depths of 20-200 m. 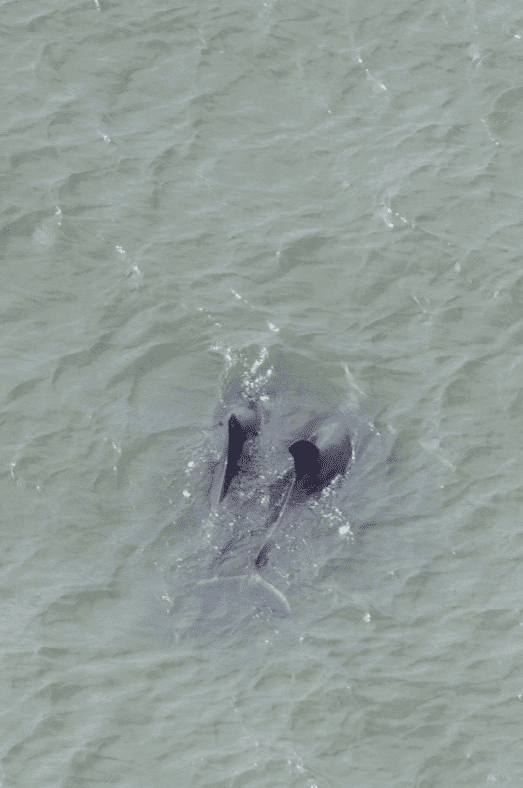 The harbour porpoise is very abundant, with a current global population numbering around 700,000. Therefore, they are not considered threatened. The harbour porpoise populations of the North Sea, Baltic Sea, western North Atlantic, Black Sea and North West Africa are protected under Appendix II of the Convention on the Conservation of Migratory Species of Wild Animals (CMS).

Harbour porpoises are not and never have been actively hunted by whalers because they are too small to be of interest. That being said, they were traditionally hunted for food, as well as for their blubber, which was used for lighting fuel.

The biggest concern for harbour porpoises is the large number of porpoises caught each year in gill nets and other fishery equipment. This problem has led to a documented decrease in the number of harbour porpoises in busy fishing seas. It is known that the porpoises echolocation is sufficiently discriminating to detect the presence of the fishing nets, but this does not stop porpoises from becoming trapped.

Scientists have developed beacons to attach to the nets to try to deter curious porpoises. These are not yet widespread and there is some controversy regarding their use some concerns have been raised about the value of adding more noise pollution to the seas.

Other threats include overfishing which may reduce preferred prey availability for porpoises, and underwater noise from ship traffic and oil platforms which could affect echoloctaion in these animals. On top of this, climate change and an increase in temperature of the sea water is likely to affect the distribution of porpoises and their prey.

Harbor porpoises are preyed on by white sharks, killer whales and grey seals. There have also been violent and fatal attacks on harbour porpoises by bottlenose dolphins reported.

Conjoined twins are rarely seen in mammals, but a two-headed harbour porpoise was documented in May 2017 when Dutch fishermen in the North Sea caught them by chance!