You are here: Home / Animals / Mongoose 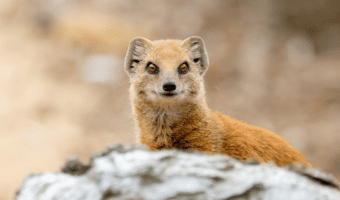 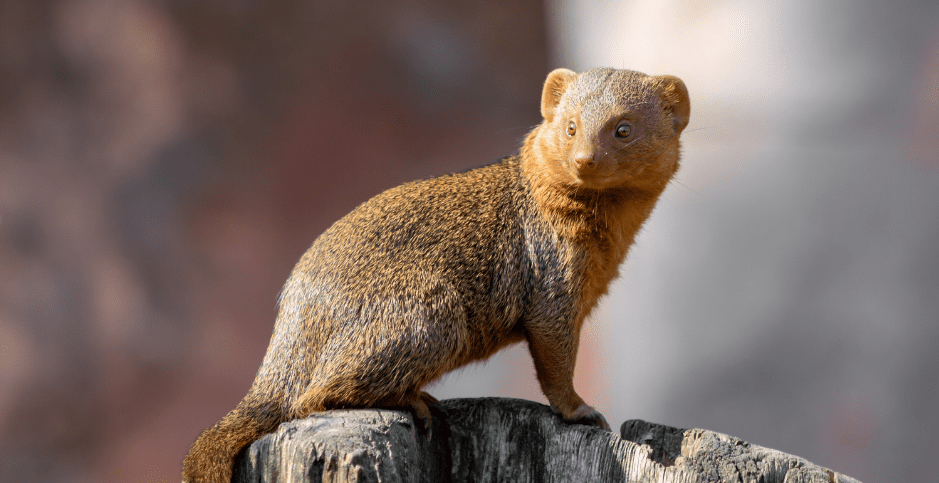 Mongooses are small animals ranging in size from 24 to 58 cm (9.4 to 22.8 in) in head-to-body length, excluding the tail, and weighing between 320 g (11 oz) to 5 kg (11 lb). They have long faces and bodies, small, rounded ears, short legs, and long, tapering tails. Colorwise, most of them are brown or grey and brindled or grizzly, although a few have distinctly marked coats. A very few species have banded tails.

Mongooses can live up to ten years in the wild.

Most mongooses are predators and feed on a wide range of animals. These include small mammals and birds, reptiles, insects and crabs. Some species also eat tubers, fruits and berries, eggs and carrion.

These animals are notable for their attacks on highly venomous snakes such as king cobras. They are successful hunters because they are fast and agile, and are able to crack a snake’s skull with one bite. While they are bitten by the snakes occasionally, mongooses possess a glycoprotein that binds to proteins in snake venom, deactivating them and making them harmless. They have a keen sense of smell, sight and hearing which helps them with hunting these animals, too.

Mongooses are also noted for the way in which they can open eggs and other food items with hard shells, such as crabs, mollusks, and nuts. They stand on their hind legs and hit the egg against the ground. They also carry the egg to a rock standing with their back to the rock, throws the egg between their legs and against the rock until the shell is broken.

Most species of mongoose are active during the day and are terrestrial, although some species are aquatic. They mostly live alone or in pairs, but a few species, such as meerkats, live in large groups.

They chatter incessantly to each other with a humane-like speech. They also sound alarm calls when they spot predators. During mating season, they produce high-pitched giggling sounds to inform potential partners they are ready to mate.

Females mongooses usually produce just one litter each year, but are capable of producing another litter if the first litter is lost. Baby mongooses are called pups and a group of offspring is called a litter. Litters usually consist of two to four young. 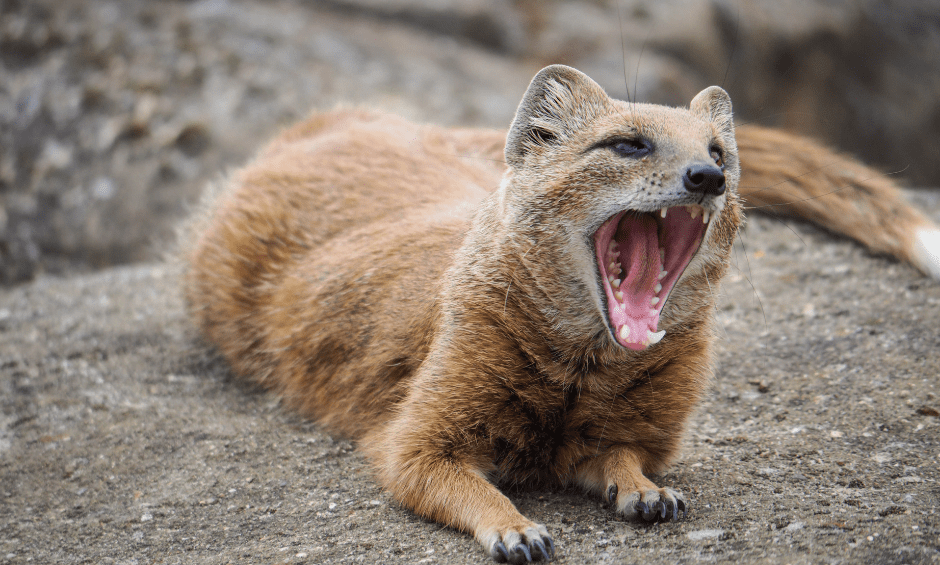 Mongooses are found mainly in Africa but also in southern Asia and southern Europe. They have a wide variety of habitats, ranging from desert to tropical forest. They usually make complex burrowing systems to live in.

Unfortunately, most mongoose species are threatened. The biggest threats to these animals are habitat loss, pesticides and pollution. Some species are also sold in the pet trade.