You are here: Home / Animals / Rabbits 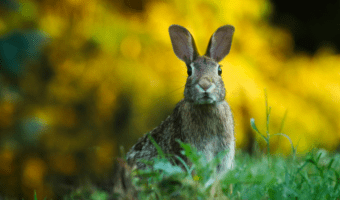 Rabbits are one of Britains most familiar animals and favourite pets. Rabbits are seen about in broad daylight, near roadsides, hedgerows and scampering in fields often in large numbers. It seems hard to believe that rabbits are not native of Great Britain. (See Rabbit History).

Rabbits are mammals which belong to the ‘Lagomorph’ order (Lagomorph means ‘hare-shaped’) that also includes hares and pikas. Rabbits are similar to rodents in that they have incisor teeth that continually grow.

Rabbits form the Family ‘Leporidae’ in which there are over 50 species. The rabbit species which is commonly kept as a pet is called a ‘Oryctolagus cuniculus’ and within this species various breeds have been developed by enhancing different characteristics through selective breeding. You can read more about specific  breeds in our rabbit breeds section of the site.

An adult rabbit can grow up to 40 centimetres in length and weigh between 1.2 – 2 kilograms. Both male and female rabbits are similar in size, however, young rabbits are smaller.

Rabbits vary in color from black, grey to white. Rabbits have to groom their fur frequently otherwise it will become matted and lose its insulating properties. This means that rabbits avoid getting wet. Rabbits have very long hind feet and a distinctive fluffy tail that is usually black on top and white below.

Rabbits large brown eyes are set on the side of their head to allow almost a 180 degree vision. A rabbit has large sensitive ears that can be turned in any direction. Rabbits have acute hearing that provides maximum information about their surroundings and alerts them of any danger. 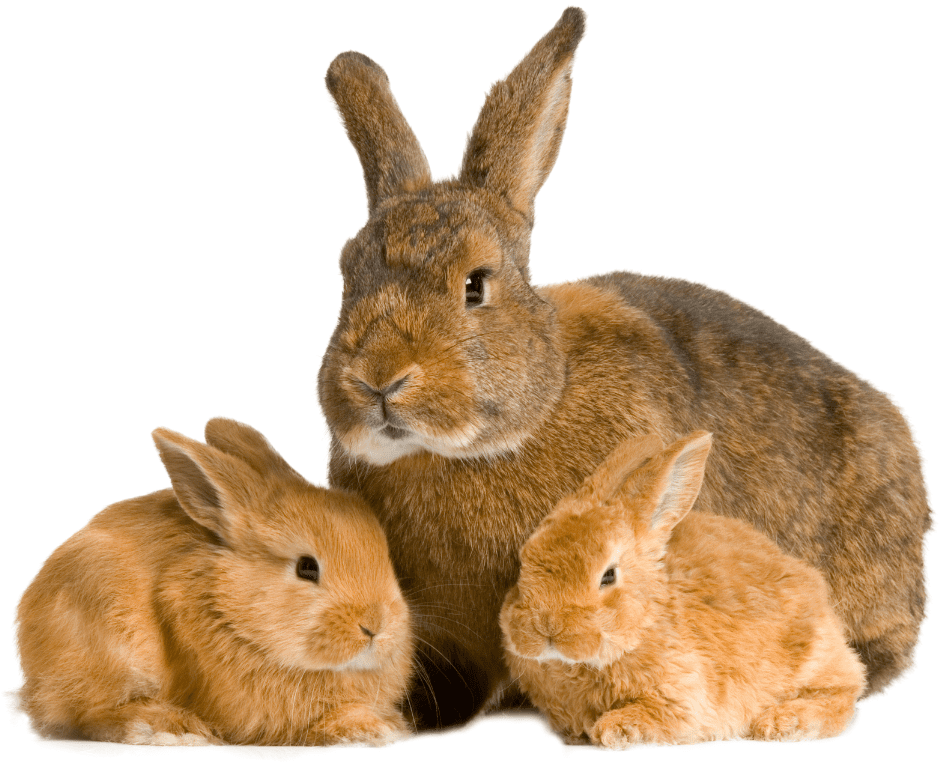 In the wild, rabbits like dry, well-drained slopes on field edges, grassland, woodland and dunes. Rabbits live in open country where predators like foxes and birds of prey are easily spotted. One rabbit is always on guard when they are feeding. When danger approaches the guard stamps its feet and the whole colony will very quickly hurry down into their burrows.

In the wild, the Doe (female rabbit) can produce a litter of around 3 – 7 young at one time. These litters of young rabbits (called ‘kittens’) are usually produced at 5 week intervals from January through to late summer. Kittens are born in underground burrows and are suckled by the female.

What is a Group of Rabbits Called?

A group of rabbits can be called a fluffle, a colony or a herd.

What is a Female Rabbit Called?

A female rabbit is called a doe

What is a Male Rabbit Called?

A male rabbit is called a buck