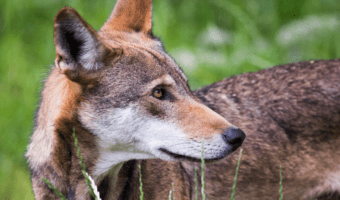 The Red Wolf (Canis Rufus) is the rarest and most endangered of all the wolf species.

It is thought that the Red Wolfs original distribution included much of eastern North America, where Red Wolves were found from Pennsylvania in the east, Florida in the south and Texas in the west.

On the basis of further study, the Red Wolfs historic range is now thought to have extended further north into the northeastern USA and extreme eastern Canada. In the last century, however, persecution, habitat destruction and hybridizations with Coyotes have brought the Red Wolf to the brink of extinction.

The Red Wolf is a medium-sized canid, smaller and more slender than the Grey Wolf, however, the Red Wolf is larger than the coyote. Adult male Red Wolves typically has a height at the shoulder of 38 – 40 centimetres (15 – 16 inches), a length of 140 – 165 centimetres (4.5 – 5.5 feet) and weighs 18 – 36 kilograms (40 – 80 pounds). The Red wolf has a smooth reddish coat, silver-grey forehead, darker marks on white legs and a cream colored underbelly. The Red Wolf has long ears and long legs.

Red Wolves were almost hunted to the brink of extinction in 1980. Fewer than 20 pure red wolves were gathered up by and American organisation called the U.S. Fish and Wildlife Service to be bred in captivity. Although they were declared extinct in the wild in 1980, fortunately there were enough captive animals by 1987 to begin a reintroduction program.

Today, approximately 155 captive red wolves reside at 37 captive breeding facilities across the US, including two island programs. Thanks to these programs, nearly 100 red wolves currently live in the wild, including 68 wolves that have been outfitted with radio collars.

Red Wolves tend to pair off with a mate for life. Once bonded, they breed once a year, usually in late winter. Gestation period is between 60 and 63 days. After this time, the female gives birth to between 2 – 6 pups. Both parents help raise the offspring who are mature enough to leave behind parental support at 6 months of age. Red Wolves in captivity can live up to 15 years old, however, there life span in the wild is somewhat shorter averaging around 6 – 7 years. 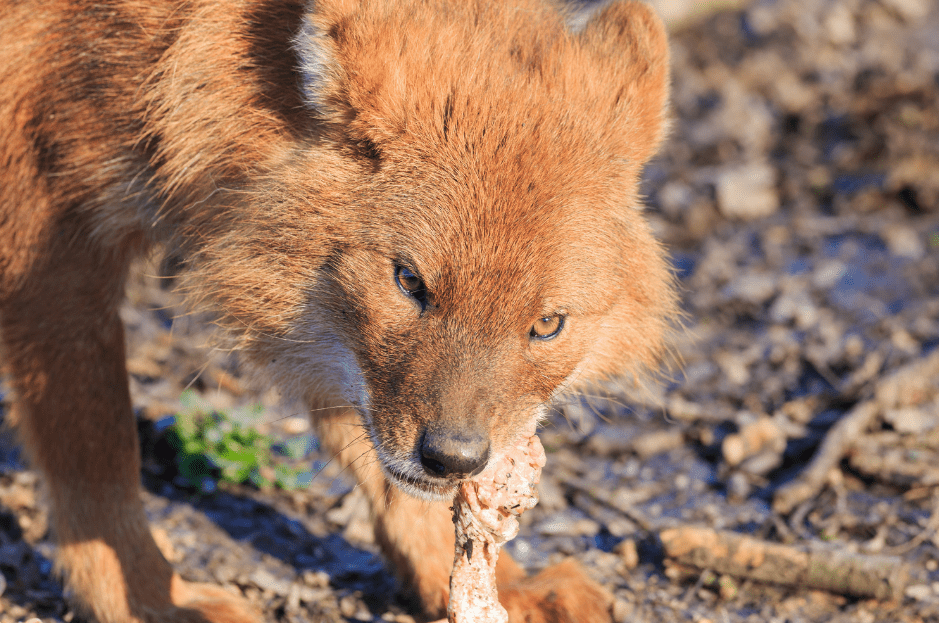 Unlike the Grey Wolf, the Red Wolf eats mainly small animals including rabbits, raccoons and rodents. Red Wolves will occasionally eat insects and berries. Because they are smaller than the Grey Wolf, large prey is difficult to capture and therefore it is rare for them to eat larger prey such as deer unless they have help from other wolves.

Red Wolves are shy and secretive animals and tend to hunt alone or in small packs that include the breeding adult pair (the alpha male and female) and their offspring. Size of the pack varies with the size depending on the availability of prey.

A hierarchy of dominant and subordinate animals within the pack help it to function as a unit. Red wolves are primarily nocturnal and mainly active at night. They communicate by scent marking, vocalizations (including howling), facial expressions and body postures. . (For more information see Wolf Behaviour).

Historically, Red Wolves ranged throughout the southeastern United States from Pennsylvania to Florida and as far west as Texas. Today, the only wild red wolves roam the Alligator River Refuge and nearby Pocosin Lakes National Wildlife Refuge in northeastern North Carolina.

Threats to the Red Wolf

Threats to the Red Wolf include habitat loss because of human development and negative attitudes that hinder restoration. The main threat to the species survival is hybridizations with coyotes. In recent years the Red Wolf has declined and been replaced over most of its range by Coyotes and Coyote-Red Wolf hybrids.

In 1987 approximately 100 were reintroduced into the wild as the 1st island propagation project in the Alligator River National Wildlife Refuge off the coast of North Carolina. In 1989 the 2nd island propagation project initiated with release of a population on Horn Island of the Mississippi coast. This population was moved in 1998 because of a likelihood of encounters with humans.