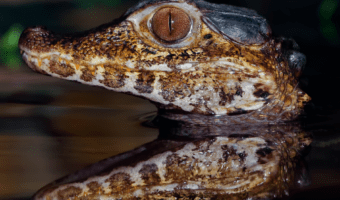 The Schneiders Dwarf Caiman prefers freshwater riverines, particularly shallow forest streams. Adults often spend much of their time in burrows away from water, traveling overland between burrows and water to forage.

The Schneider’s Dwarf Caiman is found in similar habitats to the Cuviers Dwarf Caiman in both Venezuela and Bolivia. It is reported at altitudes as high as 1,300 metres in Venezuela. The shape of their snout may indicate increased preference for faster-flowing water.

While sometimes seen during the day, Schneider’s Dwarf Caiman are more active at night, with much terrestrial activity recorded. Extensive use of burrows has been recorded in adults, where they spend much of the day, only coming out at night to patrol their territories (along waterways) and to feed. 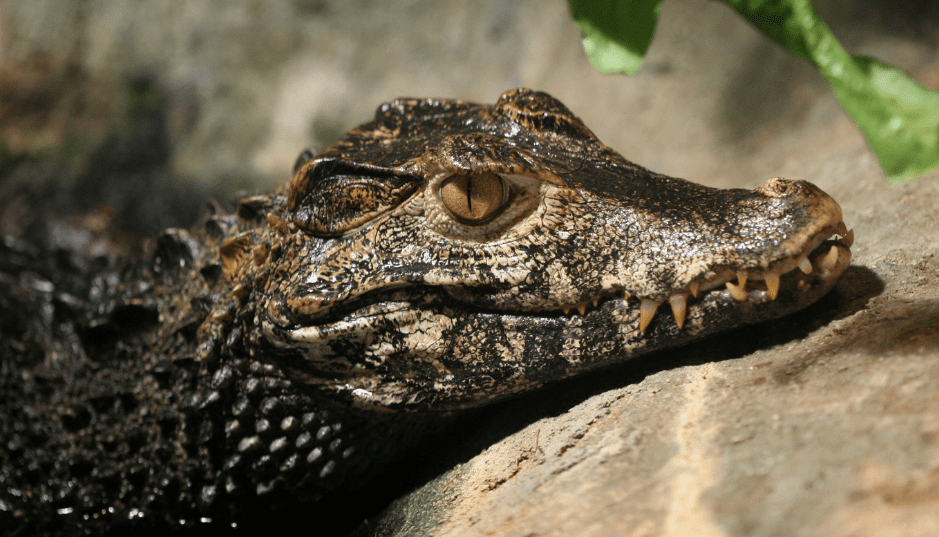 Both species in the ‘Paleosuchus’ genus are small in comparison with other crocodilians, however, the Schneiders Dwarf Caiman is not as small as the Cuviers Dwarf Caiman. Males usually reach 1.7 to 2.3 metres (maximum recorded is 2.6 metres).

Ossification (bony, hard covering) is more extensive on the body and they have a short, less-flexible tail. They have a significant sideways projection on the double row of the sharp scutes (bony external plate or scale) on the tail, which is more dorso-ventrally flattened that in other crocodilian species. Their iris is generally brown, but reported to take on a greenish tinge.

Diet changes with age, as with many species of crocodilian. It has been shown that the diet of caimans in the wild is dependant upon their habitat preferences. The young tend to eat a greater proportion of terrestrial invertebrates than other caiman species and the adults include a much larger proportion of terrestrial vertebrates in their diet such as snakes and mammals (e.g. large rodents such as the Capybara), together with a few fish (which are more common in the diet of the juveniles).

Diet depends on prey availability. The Schneiders Dwarf Caiman are reported to forage from burrows at night, often near water, but also in the surrounding forest within the territories – which can range for several kilometres. 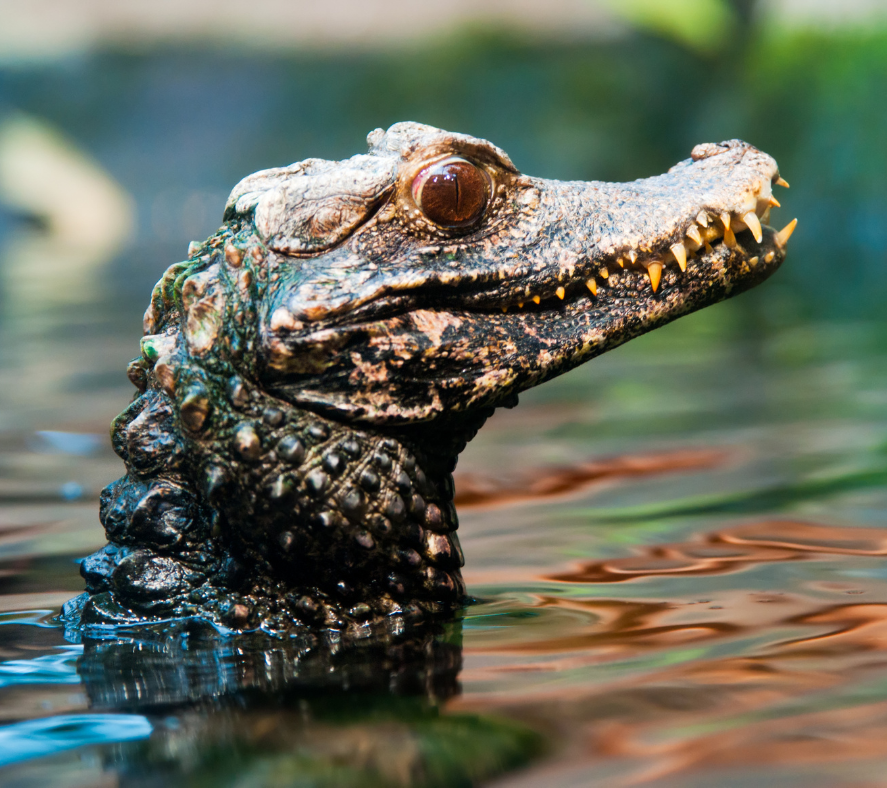 The Schneider’s Dwarf Caiman is relatively solitary outside the breeding season, with extensive territories. Females begin to construct mound nests before the onset of the yearly rains. Most are at least 1.3 metres in length when they start to breed, males at least 1.4 metres (usually between 10 and 20 years of age).

Nests are often found within very close proximity of termite mounds. The reasons for this are thought to be concerned with maintenance of a high incubation temperature, utilising vented heat from the termite mound. The number of eggs laid is in the range of 10 to 20. Incubation time is very long for a crocodilian, lasting as long as 115 days.

Hatchlings emerge as water levels are rising from the rains. Juveniles disperse over a wide range following hatching, with adults maintaining permanent territories over wide areas. While juvenile mortality is relatively high, adult mortality is very low. Predators may include large carnivores such as jaguars.

Subsistence hunting has been of sufficiently low intensity to avoid damaging populations. Major present and future threats include with the ever-present spectre of habitat destruction and pollution associated with gold mining activities.

Commercial exploitation incentives are low, with collection in Guyana permitted for the pet trade and tourist trade. Management activities are based on a principally conservation-orientated approach. Future studies need, therefore, to shed more light on the biology and behaviour of this species, and inter-relationships between both members of the Paleosuchus genus.

The long-term effects of the environmental pollution from gold mining also need to be examined for this and other South American crocodilians.