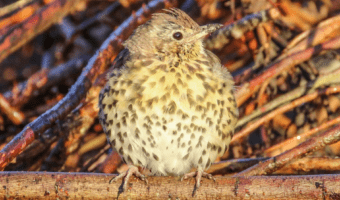 Males and females are similar, with plain brown backs and neatly spotted underparts. Their breast is brownish yellow in color.

The Song Thrush bird is commonly found in well-vegetated woods and gardens over all of Europe south of the Arctic circle, except Iberia. They have also been introduced to New Zealand and Australia.

The Song Thrush is common and widespread in New Zealand, however, in Australia only a small population around Melbourne survives. 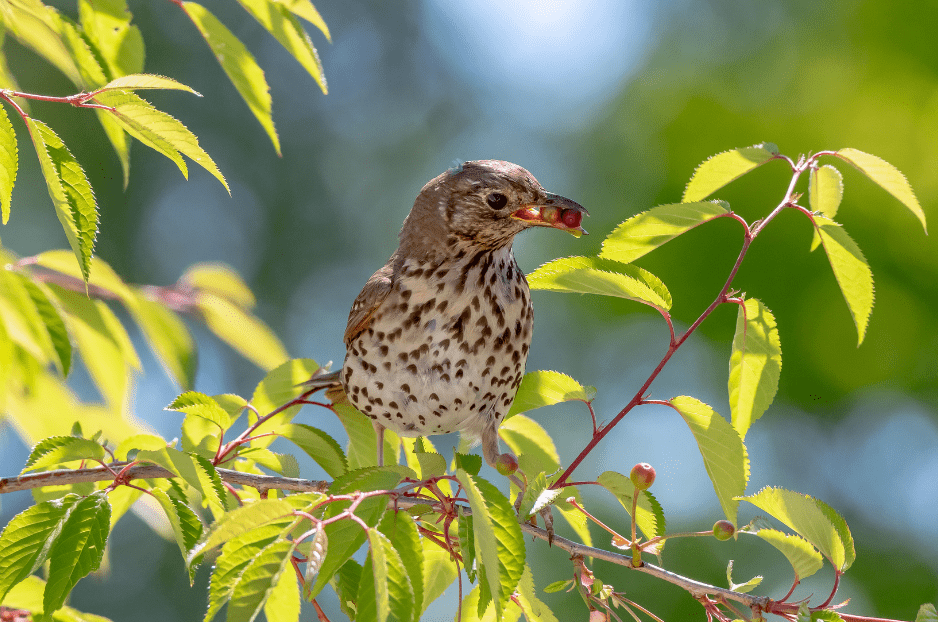 Many Song Thrush fly south during the winter, although some western populations are resident. The Song Thrush has also been introduced in other parts of the world.

Song Thrushes are omnivorous, eating a wide range of insects, earthworms, snails and berries. Song Thrushes often use a particular stone as an ‘anvil’ to break snail shells against with a flick of their head.

Song Thrushes do not form flocks, although several birds may be loosely associated in suitable habitat.

The female Song Thrush incubates the eggs for about 14 days. The young fledge in about the same time. Song Thrushes may raise 2 or 3 broods in a year.

The male Song Thrush bird sings its loud song from trees, rooftops or other high perches. Their song characteristically repeats melodic phrases. Its habit of repeating song phrases distinguish it from singing blackbirds.

Song Thrushes are a popular garden songbird whose numbers are declining seriously, especially on farmland making it a Red List species.