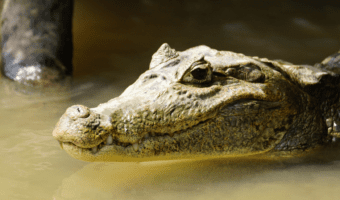 The Spectacled Caiman (Caiman crocodilus) is also known as the Common Caiman.

The Spectacled Caiman is an extremely adaptable species found in virtually all lowland wetland and riverine habitats throughout its range, although it generally prefers areas of still water. The Spectacled Caiman can tolerate salt water as well as fresh, therefore, it is the most common of all crocodilian species. The extensive Panatal floodplain provides a perfect habitat for the caiman during the rainy season. 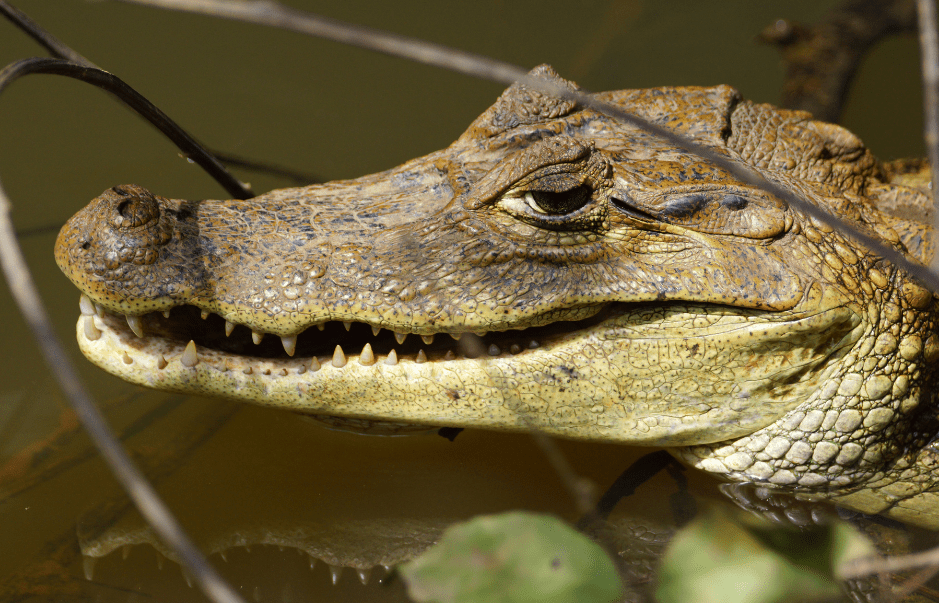 Observations show that as conditions become drier, caimans stop feeding. Cannibalism has been reported under such conditions.

The ecological importance of this species has been demonstrated in terms of nutrient recycling – nitrogenous waste re-enters the ecosystem to the benefit of other plants and animals. In areas where this species has become depleted, fish populations have also shown a decline.

Spectacled Caimans are also known to control piranha fish numbers. While it has been stated that little evidence is available to support this, the Yacare Caiman does demonstrate this particular dietary preference. In reality, it is likely that the Spectacled Caiman is very much a generalist and adaptive predator, given its ecological success.

Female Spectacled Caimans become sexually mature at between 4 and 7 years depending on the population. Male Spectacled Caimans mature at larger sizes than females, but at similar ages (1.4 months and 4 to 7 years). Social status affects growth rate and breeding. Less dominant animals grow less quickly due to stress and often do not get the chance to breed.

Gonads (an organ in animals that produces reproductive cells) begin to increase in size towards the end of the dry season (April to May) and peak at the start of the wet season (May to June). Courtship and mating generally occur between May and August and the eggs (from 14 to 40, average size being around 22) are laid during the wet season (July to August) in a mound nest constructed from soil and vegetation. The location of the nest is generally under cover, but some are sited in more open areas or on floating mats of vegetation.

Nests may be shared by females, an activity which may help to increase the survival of juveniles from each parent.

Nest predators include large Tupinambis lizards (a large, carnivorous South American lizard), which can destroy up to 80% of nests in an area. Female Spectacled Caimans will remain close to nests in an attempt to deter predators.

When the juveniles hatch after around 90 days, there is usually a plentiful supply of invertebrate food available due to the timing of hatching. In the period following hatching, juveniles will remain in groups close to the female and will follow her around even over land between different pools.

One female may take over the maternal duties for multiple groups of hatchlings (pods) from different parents. During this time, social hierarchies are established between the juveniles. 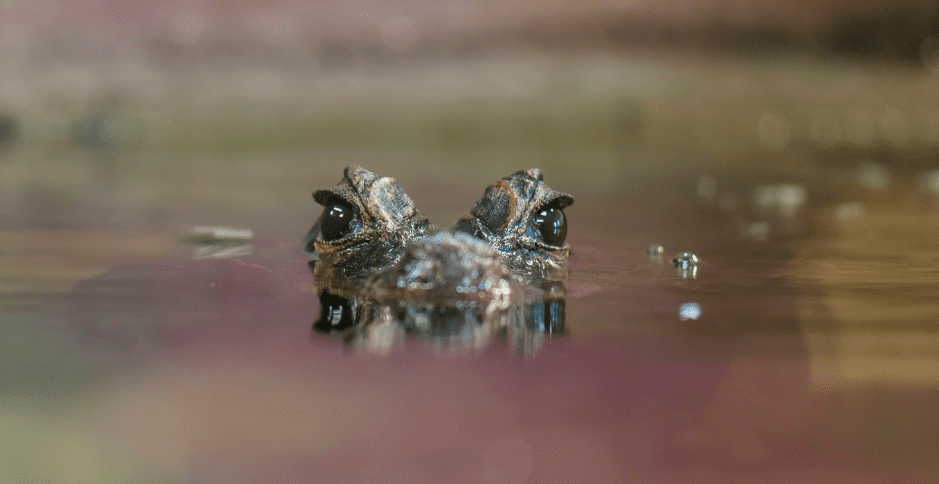 The Spectacled Caiman has actually benefited from commercial utilisation and over-hunting of other species within its range (the American Crocodile (crocodylus acutus), the Pit Viper (c. intermedius) and the Black Caiman (melanosuchus niger)), taking over habitat from which it would otherwise have been out-competed by healthy populations.

Despite pressure from hunting and also collection for the pet trade, however, existing surveys suggest that populations are in relatively good condition in most areas (e.g. Venezuela).

This seems to reflect the adaptability of the species, its reproductive potential and the increase in available habitat through the removal of competing species and an increase in man-made water bodies (e.g. Brazilian Panatal, Colombia, Venezuela).

However, it is these factors which make it difficult to determine the overall status of the species, as populations are faring less well in other areas – surveys reveal severe depletion in El Salvador.