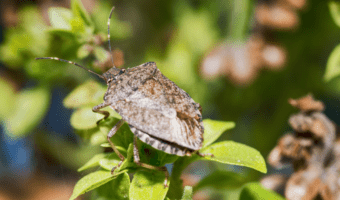 The Stink Bug belongs to the superfamily Pentatomoidea. It is also known as the Shield Bug and are common names applied to various insects of the Hemiptera order (the ‘true bugs’).

Adult Stink Bugs have four wings. The posterior part of the top wings is membranous and the anterior part is leathery. 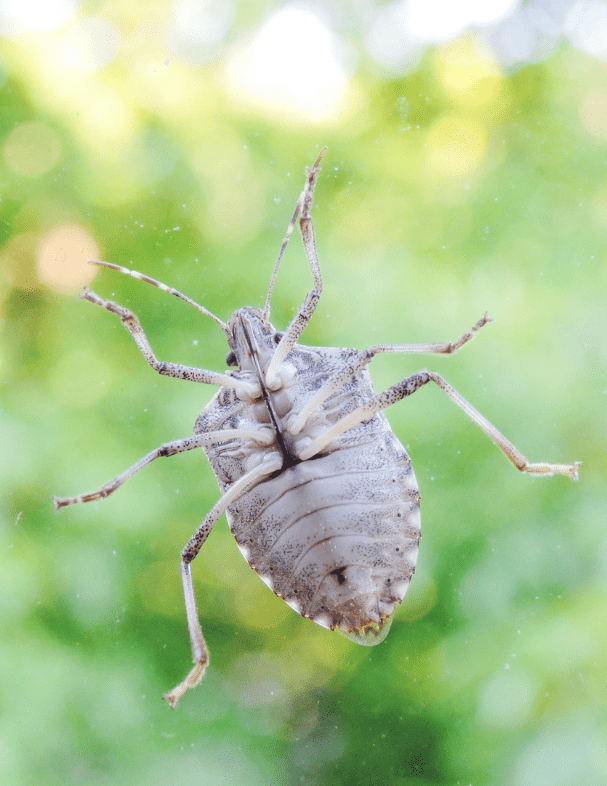 Stink Bugs are generally oval to elliptical in shape and recognized most readily by the large triangular scutellum (plate that fits behind pronotum and between the forewings).

Stink Bugs are green to brown in color and have a long, thick beak (piercing, sucking mouth part) held between the legs. Many are brightly colored or have conspicuous marks. Most are plant feeders (a few are predators). Farming areas can yield good numbers in crops like cabbage, cotton, etc. or in nearby roadside vegetation.

Many species come to lights at night. Adult stink bugs of various species are active from spring through late autumn.

When handled or disturbed, individuals will produce a fairly sweet odour from glands in the thorax. The openings for these glands are readily seen on the last thoracic segment towards the sides of the insect.

Behaviours to watch for include maternal care and guarding of egg clutches (in some species), aggregation behaviour and some sort of courtship displays.

Stink bugs have glands in their thorax between the first and second pair of legs which produce a smelly liquid. This liquid is used defensively to deter potential predators and is sometimes released when the bugs are handled carelessly. It is chemically similar to pheromones (a chemical that triggers a natural behavioral response in another member of the same species).

The nymphs, similar to adults except smaller and without wings, also have stink glands.

The nymphs and adults have piercing mouthparts which most use to suck sap from plants, although some eat other insects. When they group in large numbers they can become significant pests.

The stink bugs smell is thought to be similar to the smell of laundry that has been left in the washing machine for weeks without drying.