You are here: Home / Animals / Wallaby 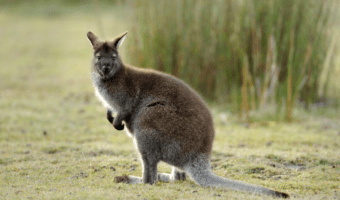 A Wallaby is a marsupial or pouched animal that is a member of the kangaroo family. There are around 30 different species of wallaby (macropod) from the scientific family Macropodidae (Macropodidae means ‘big feet’). Wallabies are smaller than kangaroos and distributed widely across Australia and neighbouring islands.

Wallabies are also widespread in New Zealand (introduced), where they are often hunted as they are considered a pest. There are even a few populations of wallabies in the United Kingdom with around 100 individuals residing on the Isle of Man (due to zoo escapees). The name wallaby comes from the Eora Aboriginal tribe who were the original inhabitants of the Sydney area. 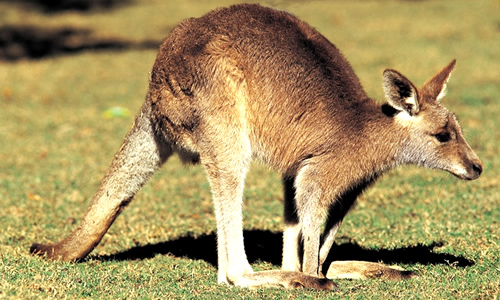 Depending on species, wallabies are small to medium sized animals whereby the largest can measure 6 feet (1.8 metres) in height from head to tail. Wallabies can weigh anywhere between 2 – 24 kilograms (4 – 53 pounds).

Wallabies have very powerful tails and hind legs. Wallaby tails are not prehensile (used for gripping) but are used for balance and for support when in a sitting position. Their hind legs are used for hopping along at high speeds and for jumping great distances. When fighting, males use their hind legs to deliver powerful kicks. 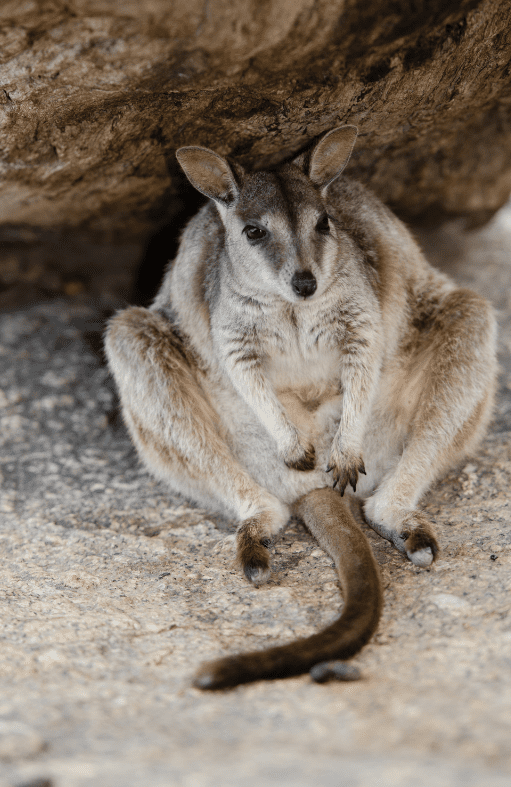 Wallabies generally prefer more remote areas which are wooded or rugged rather than open arid plains that are more suited to larger, more flat footed kangaroos. Some smaller wallabies are forest dwellers such as the pademelons (any of seven species of small marsupials) and Dorcopsulus (Macleay’s Dorcopsis (Dorcopsulus macleayi) and
Small Dorcopsis (Dorcopsulus vanheurni).

There are many wallaby species, grouped roughly by habitat: shrub wallabies, brush wallabies, and rock wallabies. Hare wallabies are named for their size and their hare-like behaviour.

Wallabies are herbivores and feed mainly up on plants and grasses. They have elongated faces and large flat teeth that are necessary to chew through vegetation. Some species of wallaby such as the Tammar wallaby live in areas where there is no fresh water supplies and have to reply on plant juices to satisfy their thirst, they can even drink salty sea water.

Breeding season for most wallabies is between January and February. After a gestation period of 28 days, a single joey is born. Like most marsupials, young wallabies (joeys) are born very small, undeveloped and vulnerable. As soon as they are born, they crawl into their mothers pouch where they remain for at least 2 months and continue to develop over the next 7 months.

Even after leaving their mothers pouch, joeys will return if they are posed with danger. If the female wallaby becomes pregnant again while the joey is still in her pouch, the embryos development will pause until the joey leaves the pouch, a phenomenon called embryonic diapause. The life span of a wallaby is around 9 years in the wild. 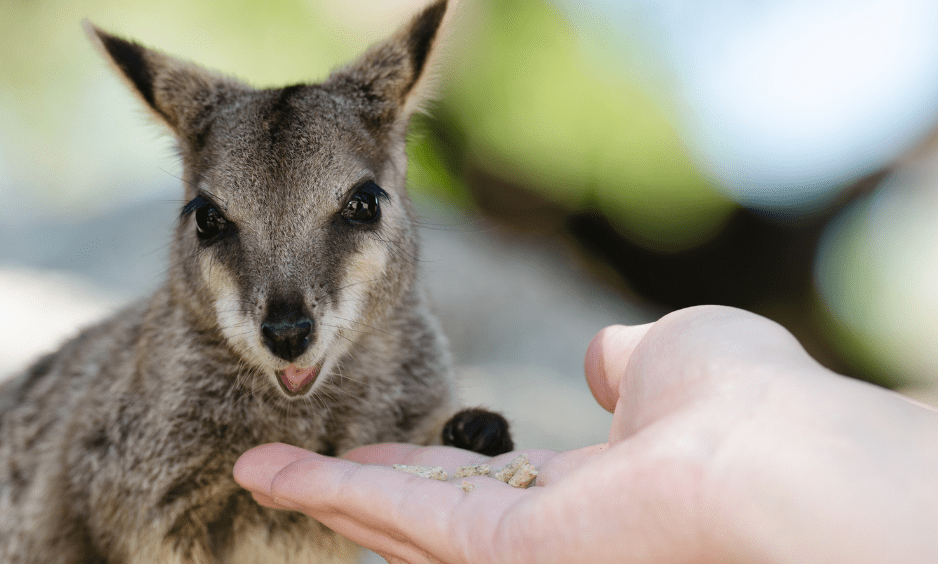