You are here: Home / Animals / Wasps 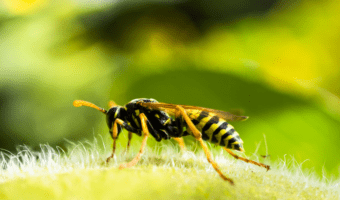 A Wasp (Vespula vulgaris) is any insect of the order Hymenoptera and suborder Apocrita that is not a bee or an ant. Less familiar, the suborder Symphyta includes the sawflies and wood wasps, which differ from the Apocrita by having a broad connection between the thorax and abdomen. Wasps come in several species and some of these measure up to 30 millimetres in length. There are two types of wasps: 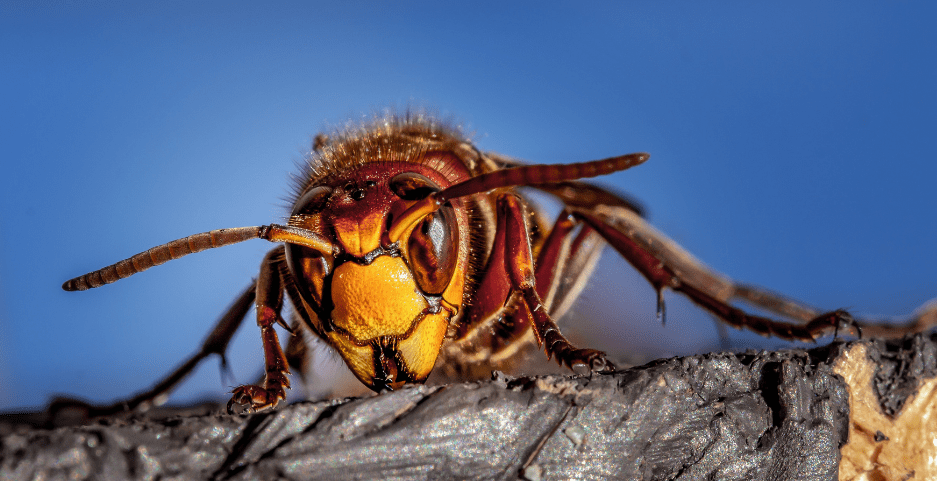 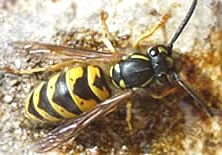 The eyes of a wasp are kidney shaped. Wasps have two pairs of wings, the hind wings smaller than the forewings. Their wings are folded longitudinally at rest and the mouth parts are adapted for chewing and licking. Wasps can easily be distinguished from bees because of their pointed body and waist.

Wasps are critically important in natural biocontrol. Almost every pest insect species has a wasp species that is predator or parasite upon it. Parasitic wasps are also increasingly used in agricultural pest control. Wasps make a distinct buzzing noise.

Wasps are common throughout Britain. Wasps are social insects forming colonies inside nests specially constructed in soil, barks, roof spaces and in cavities in trees and walls. Wasps are frequently found in domestic housing. Wasps are social insects with a Queen, who is much larger than the workers and starts a new nest each year. Nests are constructed of wasp paper made by chewing wood and other plant debris mixed with saliva.

Unlike honeybees, wasps have no wax producing gland. They manufacture a paper-like material from wood pulp. Wood fibres are gathered from weathered wood, softened by chewing and mixing with saliva. The paper is then used to make combs with cells for brood rearing.

The fertilised queen wasp emerges from hibernation around mid-April and searches for a suitable site for a nest. The Queen rears the first brood of worker wasps by herself and upon hatching these workers will carry on the building of the nest. The Queen, the only wasp able to lay eggs, will remain in the nest laying more eggs for further broods.

The more workers there are, the quicker the nest will grow. By late summer the normal wasp nests will contain from 3,000 to 5,000 individuals and be up to 30 centimetres across. With cooler weather, the workers and mates may become tired and aggressive towards anyone interfering with them. The cold winter weather kills off all the workers and males – only the queen survives.

What to do if you discover a wasps nest! 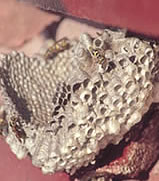 Although wasps are troublesome to us it would be unwise to destroy nests without good reason. Wasps are controllers of far more injurious pests of forestry, agriculture and gardens. If the presence of a wasp nest is causing no direct problems, then it is best left well alone. Wasp nests are abandoned at the end of the autumn. Should it be necessary to carry out a treatment the nest can be treated by either:-

a) Dusting an insecticide powder around the entrance of the nest, preferably using injection tubes, which contaminates the workers as they return thereby carrying the dust inside; or

b) Surface spraying an insecticide directly onto the nest. Do not use domestic aerosols. Destruction of a wasps nest should NOT be undertaken by untrained persons. If wasps are causing a problem it is advisable to contact the Environmental Health Department.