You are here: Home / Blog / Examples of Animals that are Cannibals

Do you know of any animals that are cannibals? That is animals that eat their species. It may surprise you to learn that there are quite a few such creatures.

Cannibalism is the act of one individual of a species consuming all or part of another member of the same species as food. In other words, cannibalism is eating members of your kind.

Why are some Animals Cannibals?

Research has found that there are many reasons why animals engage in cannibalism. These include things like food shortages, overpopulation, and even as part of mating. Most examples of cannibalism occur around the time of birth or after sexual reproduction.

The mating habits of the praying mantis, and several species of spiders, for example, will sometimes involve the female of the pair biting off and consuming the head of her mate shortly after becoming inseminated to nourish herself and prepare her body for gestating offspring.

Some animal mothers will eat babies to protect the rest of their young, for example, rodents such as hamsters will eat any babies which are sick or dead to prevent the smell from attracting predators.

Matriphagy is a type of cannibalism in which the offspring eat their mother. This behavior is most commonly seen in insects, such as ants. It is thought that matriphagy helps to provide the young with essential nutrients that are not available in their environment. This behavior can also help to protect the young from predators. 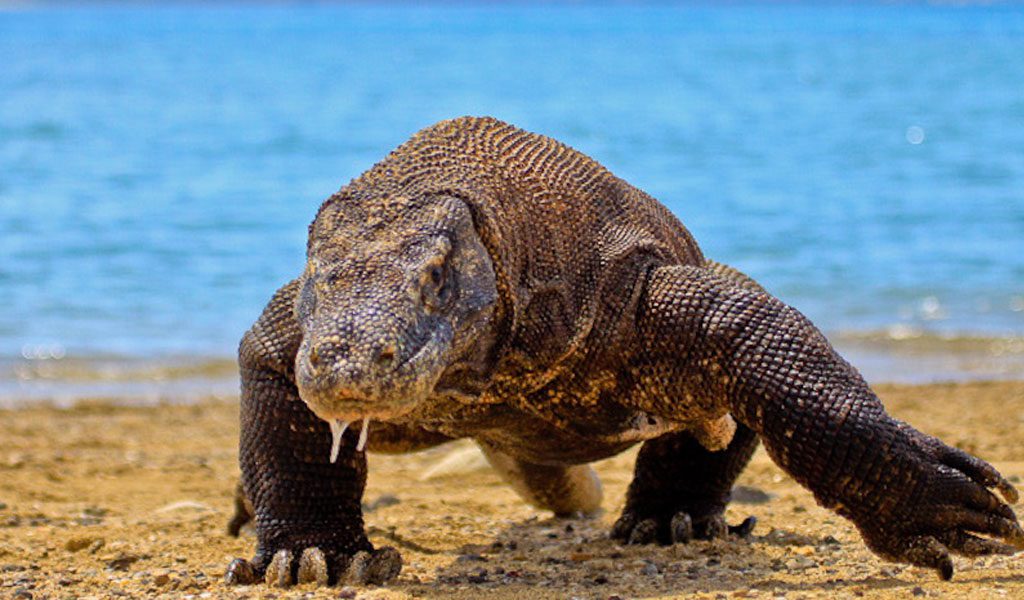 The Komodo dragon (Varanus komodoensis) is a lizard species that is found on the islands (particularly the Komodo Island) in central Indonesia. The komodo dragon is a member of the monitor lizard family and is the largest living species of lizard. Because of their size and because there are no other carnivorous animals, these apex predators dominate the ecosystem in which they live.

Komodo dragons were discovered by Western scientists in 1910. Their large size and fearsome reputation makes them popular zoo exhibits. Small (young) Komodo Dragons are accomplished tree climbers. Komodo Dragons are cannibals, eating their young and occasionally their eggs. The Dragon’s teeth are large, curved and serrated and arranged so that the maximum amount of flesh can be bitten off and swallowed whole. The saliva of a Komodo Dragon contains over 50 types of bacteria, 7 of them highly septic. Under severe environmental conditions, Komodo Dragons have been know to swim between islands. Young Komodo Dragons may roll themselves in entrails and faeces to prevent being eaten by mature Komodo Dragons. 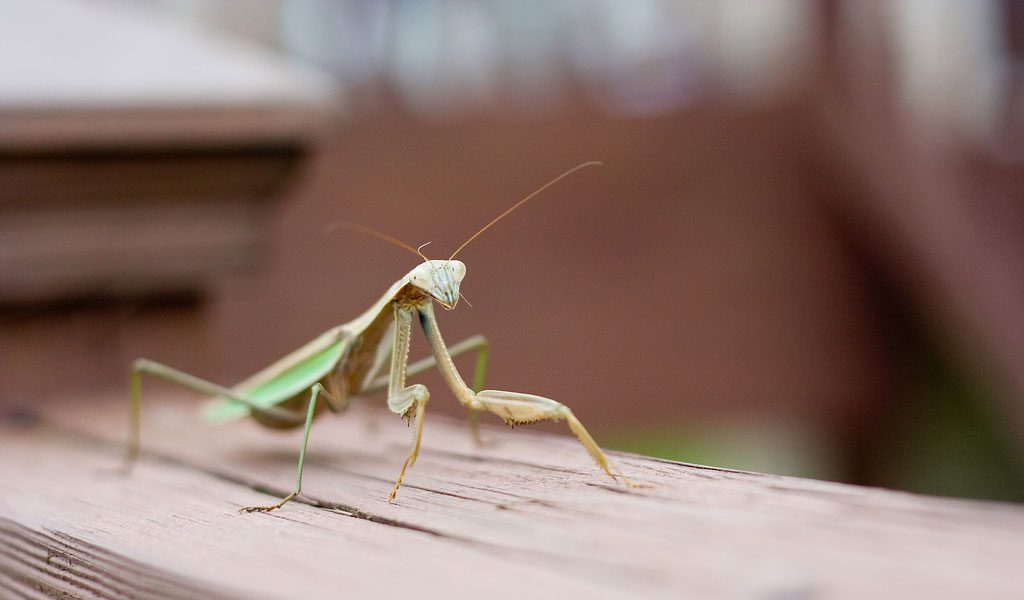 A Praying Mantis, or praying mantid, is the common name for an insect of the order Mantodea. These insects are notorious predators and their name is sometime mistakenly spelled ‘Preying Mantis’ which is incorrect. They are in fact named for the typical ‘prayer-like’ stance.

There are approximately 2,000 mantid species worldwide. The majority are found in Asia. About 20 species are native to the USA. Like all insects, a praying mantis has a three segmented body, with a head, thorax and abdomen. The abdomen is elongated and covered by the wings in adults.

Females have strong and large cerci (paired appendages on the rear-most segments). The first segment on their thorax, the prothorax, is elongated and from it arises the modified foreleg.

The reproductive process in a majority of mantis species is marked by sexual cannibalism whereby the female eats the male after mating has taken place and is an ongoing subject of research. 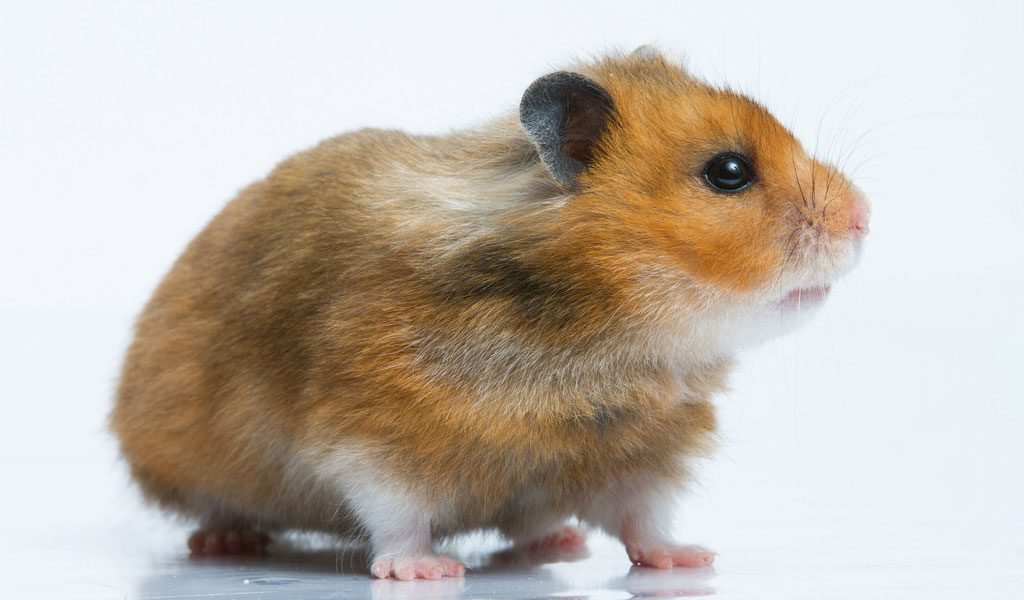 Hamsters are popular pets, the most common and largest one being the Syrian Hamster, also known as the ‘Golden Hamster’. The Syrian Hamster is naturally solitary and must be kept singular and not in pairs or groups as they will fight.

Unlike Guinea Pigs, the Hamster is an unsociable animal and different species have to be kept single as pets, putting one hamster with another hamster would cause fights in which one or both could be harmed. 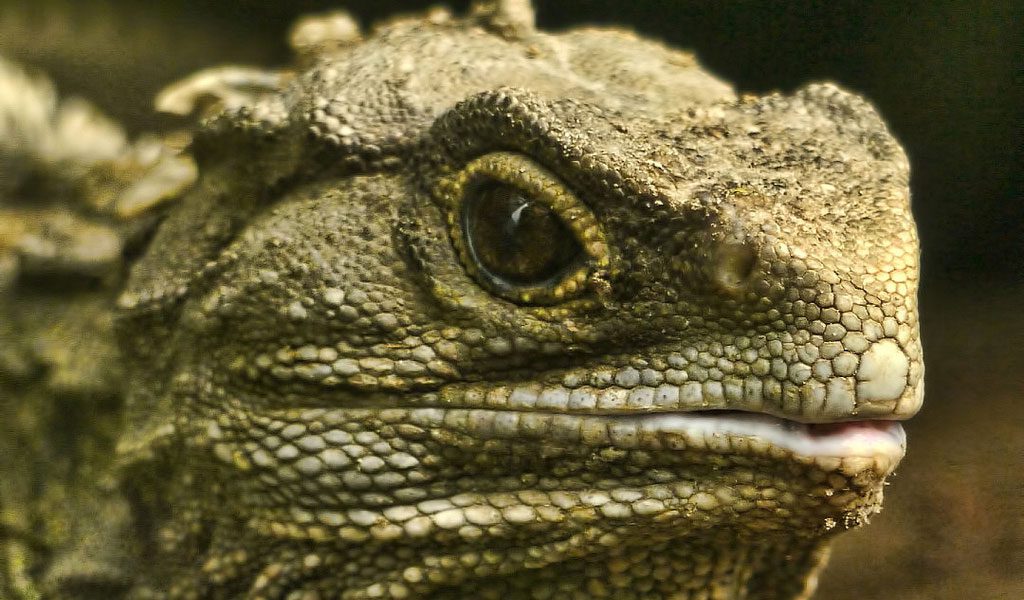 The Tuatara is a reptile of the family Sphenodontidae, endemic to New Zealand. The two species of tuatara are the only surviving members of the Sphenodontians who flourished around 200 million years ago.

The tuataras resemble lizards, but are equally related to lizards and snakes, which are their closest living relatives.

Adult tuataras are terrestrial and nocturnal reptiles, though they will often bask in the sun to warm their bodies. Hatchlings hide under logs and stones and are diurnal, likely because adults are cannibalistic. Tuataras survive in temperatures much lower than those tolerated by most reptiles and hibernate during winter. 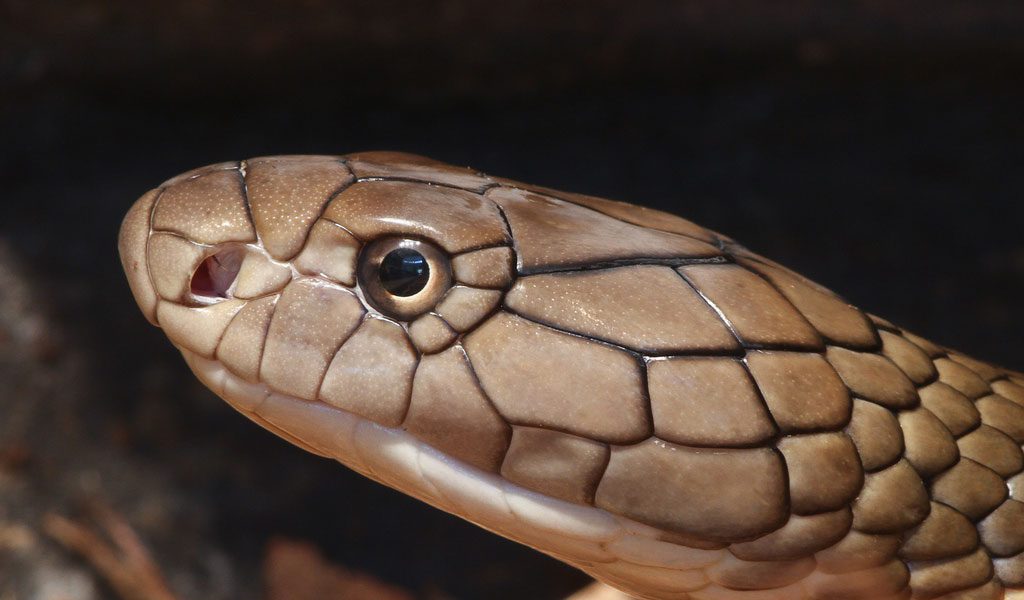 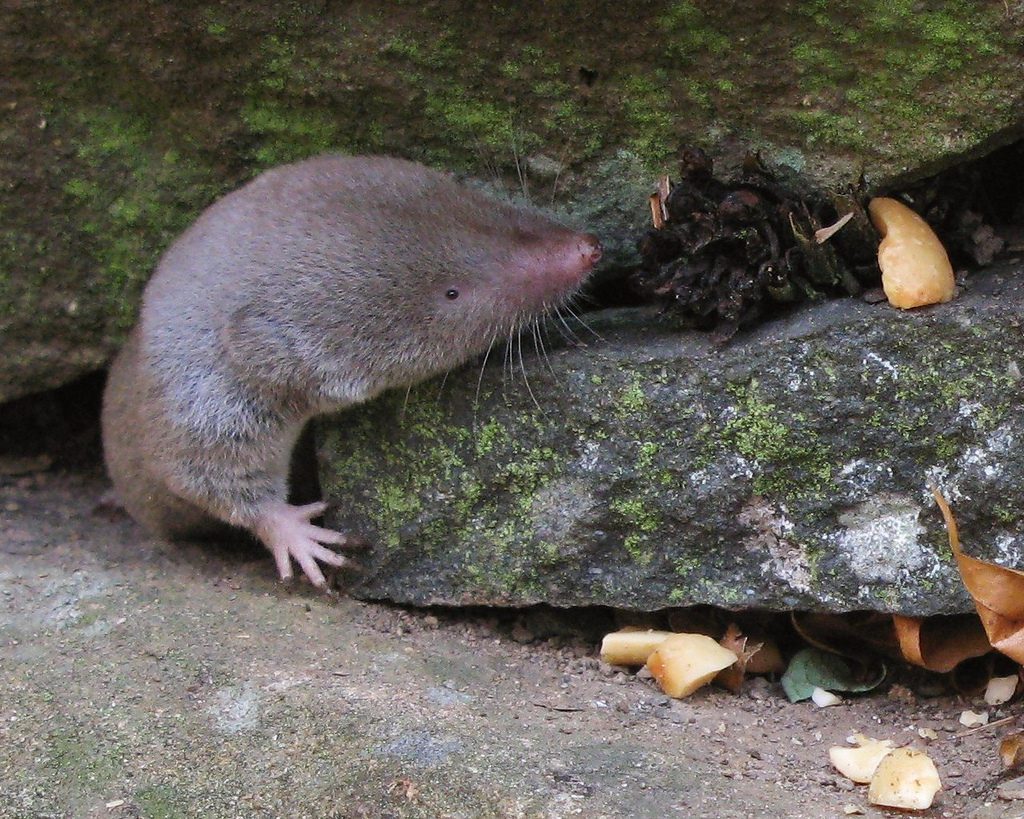 The Northern Short-tailed Shrew (Blarina brevicauda) is a large shrew found in central and eastern North America from southern Saskatchewan to Atlantic Canada and south to Nebraska and Georgia.

The Northern Short-tailed Shrew is a small, mouse-sized insectivore with a very short tail, short limbs, a pointed muzzle and tiny eyes and ears concealed by fur. The Northern Short-tailed Shrews fur is a dense slate grey and slightly lighter underneath. Its head and body length is 10 centimetres including a 2 centimetre tail and it weighs around 21 grams about as heavy as a Common House Mouse.

Glands in the Northern Short-tailed Shrews mouth contain a neurotoxin (a toxin that acts specifically on nerve cells) which allows it to immobilize larger animals such as snakes and birds. Cannibalism is not uncommon between these Shrews – If not able to find food within about a two-hour period, these small mammals will attack and eat each other. 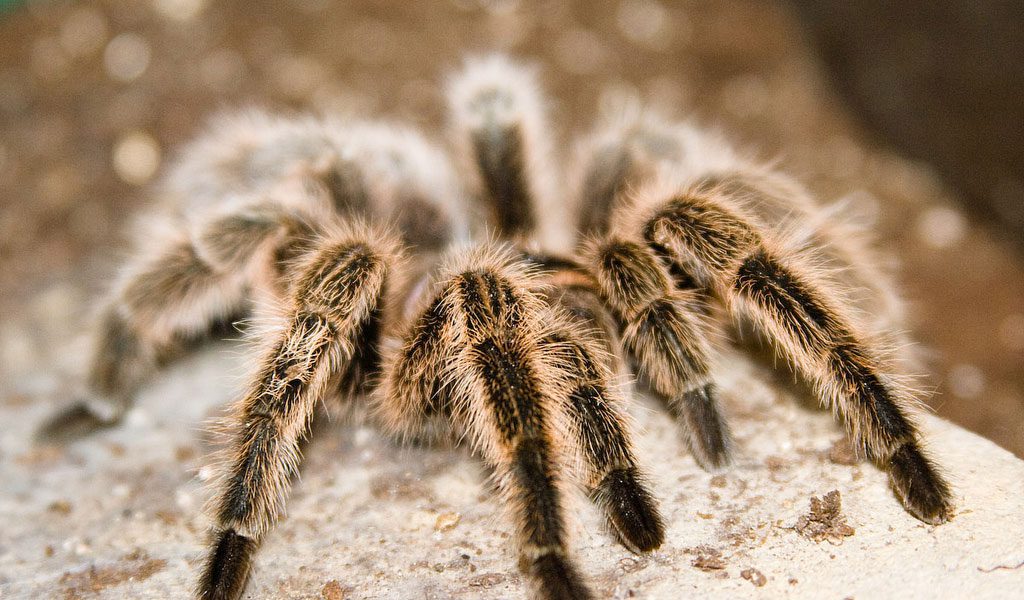 New World Tarantulas mainly found in the Americas, have bites that generally pose little threat to humans (other than causing localized pain). The primary means of defence for these spiders are urticating hairs, which can cause irritation and other typical symptoms in humans. Urticating hairs are one of the primary defence mechanisms used by some tarantulas and lepidopteran caterpillars.

Urticating hairs are barbed hairs that cover the dorsal and posterior surface of the Tarantulas abdomen. Many Tarantula species will frequently kick the urticating hairs off their abdomens, directing them towards potential attackers. These hairs can embed themselves in the other animals skin or eyes and cause physical irritation. Tarantulas usually live in solitude and being cannibalistic, will attack and eat others of their own kind. 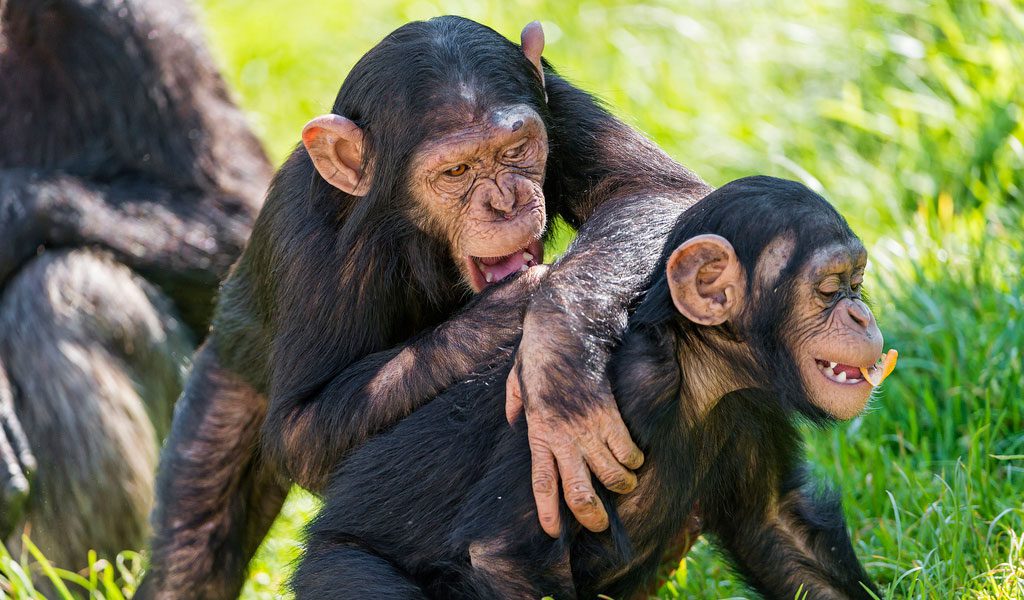 Chimpanzees are intelligent animals and have a complex behaviour and communication system.

However, the Common Chimpanzee sometimes bands together and hunts Western Red Colobus Monkeys (Piliocolobus badius) for meat. Isolated cases of cannibalism have also been documented. 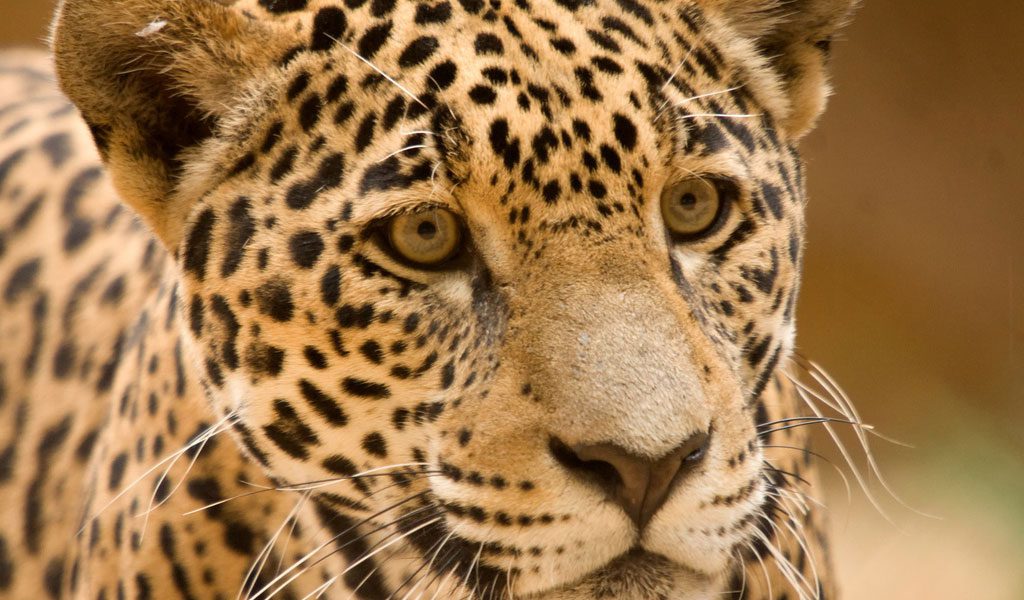 Female Jaguars give birth to up to 4 cubs but most commonly to only 2 cubs. The mother will not tolerate the presence of males after the birth of cubs, given a risk of infant cannibalism. This behaviour is also found in the tiger. 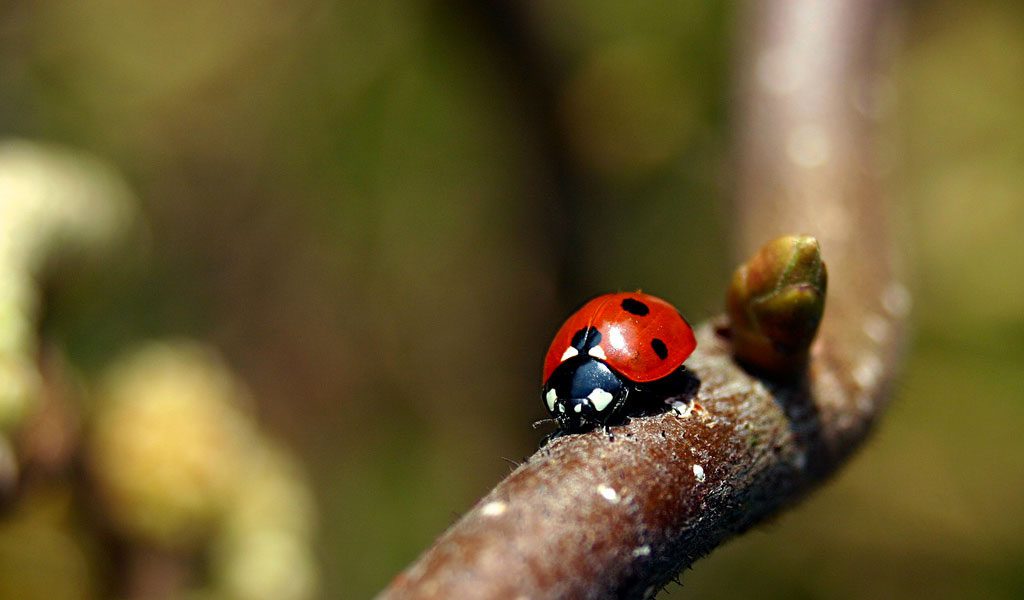 The Two-spotted Ladybird is is a carnivorous beetle of the family Coccinellidae and is very common in western Europe. It is used as a biological control agent against aphids, e.g. in greenhouses. The most familiar form of the two-spot ladybird beetle is the red one with the two black spots. Two-spotted Ladybirds are cannibalistic. 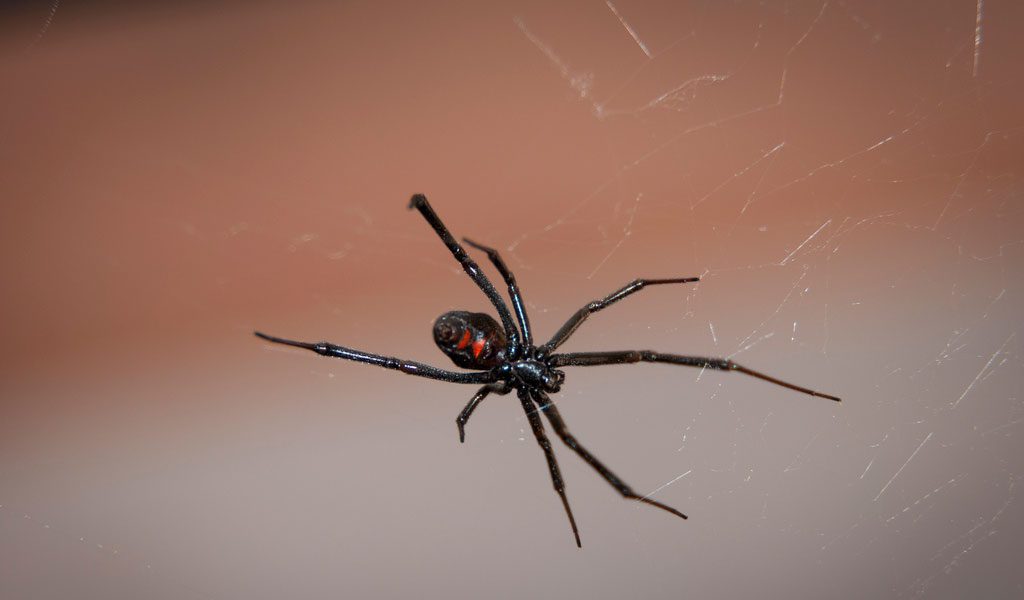 TheBlack Widow spider (Latrodectus spp.) is a spider notorious for its neurotoxic venom (a toxin that acts specifically on nerve cells).

The Black Widow Spider is a large widow spider found throughout the world and commonly associated with urban habitats or agricultural areas.

Rarely do more than 100 spiderlings survive through this process. On average, 30 will survive through the first molting, due to cannibalism, lack of food, or lack of proper shelter. It takes 2 to 4 months for black widow spiders to mature enough to breed, however full maturation typically takes 6 to 9 months. The females can live for up to 5 years, while a males life span is much shorter.