You are here: Home / Blog / 6 Incredible Animals with Tusks

What is a Tusk?

The word “tusk” comes from the Old English word for “tooth.” 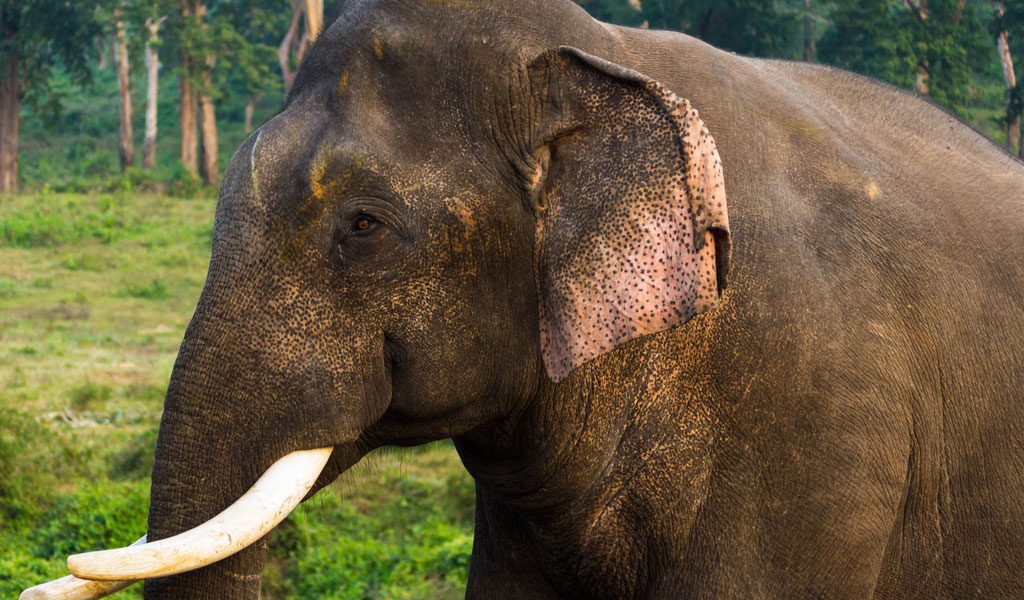 Elephants tusks are elongated upper incisor teeth, which grow continuously throughout the elephants life. They are not always an exact match, as this depends on which side they favour much like left and right-handed humans. 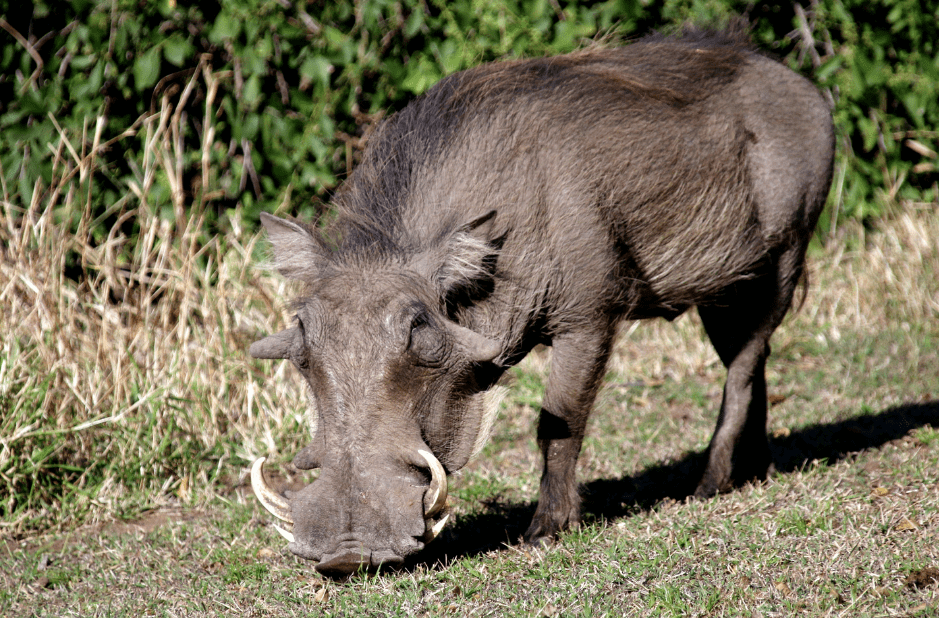 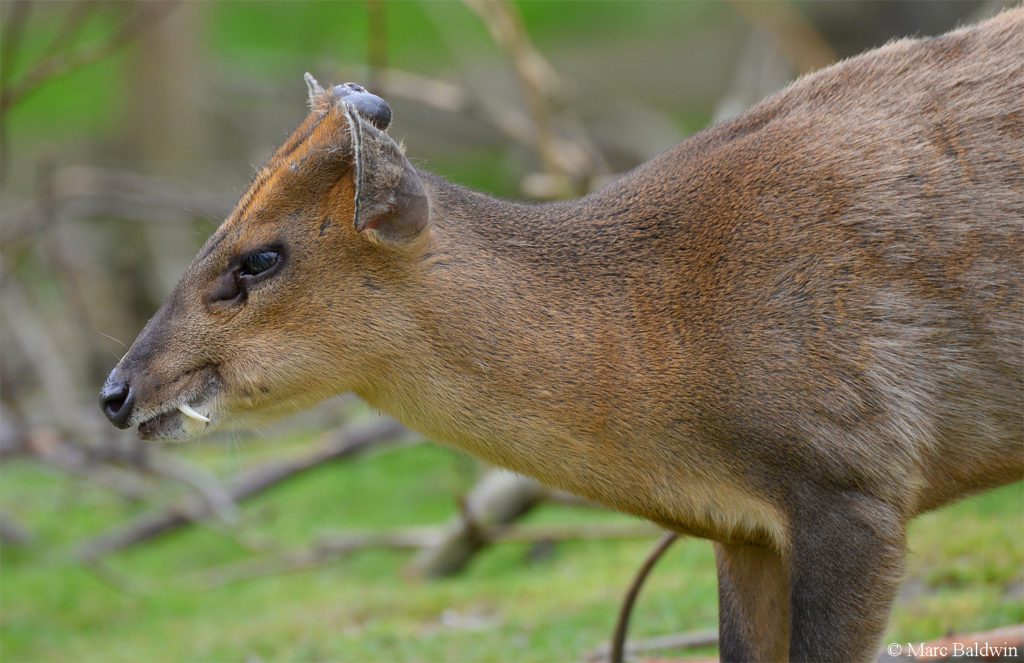 Muntjac deer (Muntiacus reevesi), also known as Reeves Muntjac, Chinese Muntjac and Barking Deer, belong to the genus Muntiacus. Muntjac are the oldest known deer, appearing 15 – 35 million years ago, with remains found in Miocene deposits in France and Germany. Introduced into Britain from China in 1900, many escaped from their private estates and are now well established in southern England, where they colonize woodland and dense scrubland. Muntjac deer were introduced to Woburn Park, Bedfordshire and to parks in Hertfordshire and Northamptonshire.

Muntjac deer are of great interest in evolutionary studies because of their dramatic chromosome variations and the recent discovery of new species.

The pre-breeding season population of Muntjac deer is estimated 128,000 and increasing.

The males, or bucks, have short backward curving antlers (maximum length 15 centimetres) which are shed in May or June and re-grow to full size by October or November. These are not used as weapons, however, the elongated, protruding tusk-like teeth of the male can be used for this purpose.

In common with all deer species except the reindeer, the female muntjac deer do not have antlers, they have tufts of hair in place of antlers. 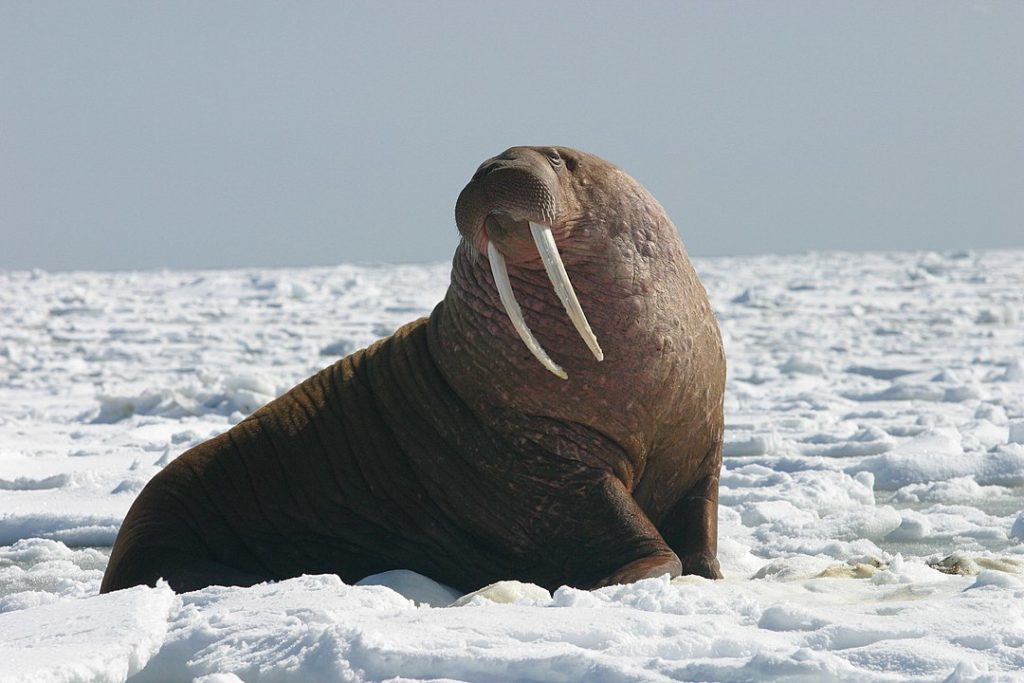 Walruses are one of the most iconic animals of the Arctic. They are large, blubbery mammals that live in the icy waters near the North Pole. There are two species of walrus: the Pacific walrus and the Atlantic walrus. Both species are considered to be vulnerable to extinction due to hunting and climate change.

Walruses have a thick layer of blubber, which helps to keep them warm in the cold Arctic waters. They also have long tusks, which can be up to three feet long. Walruses use their tusks for a variety of purposes, including breaking through ice, digging for food, and fighting.

Walruses are social animals and live in herds of up to several thousand individuals. They are mostly found on sea ice, where they rest and give birth. Walruses feed on a variety of marine creatures, including clams, crabs, and snails. 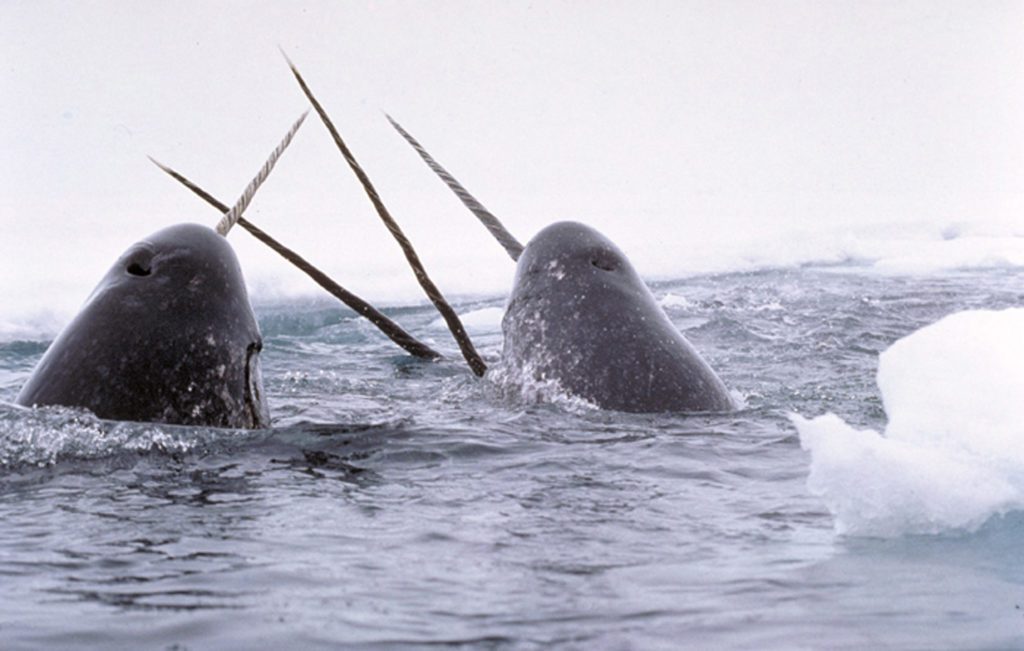 A narwhal is a type of whale that has a long, spiraled tusk protruding from its upper jaw. Narwhals use their tusks to break through the thick arctic ice so they can come up to breathe. The tusk of a narwhal is actually a tooth that has grown to be up to ten feet long. Narwhals are sometimes called “unicorns of the sea” because of their long, spiraling tusks. 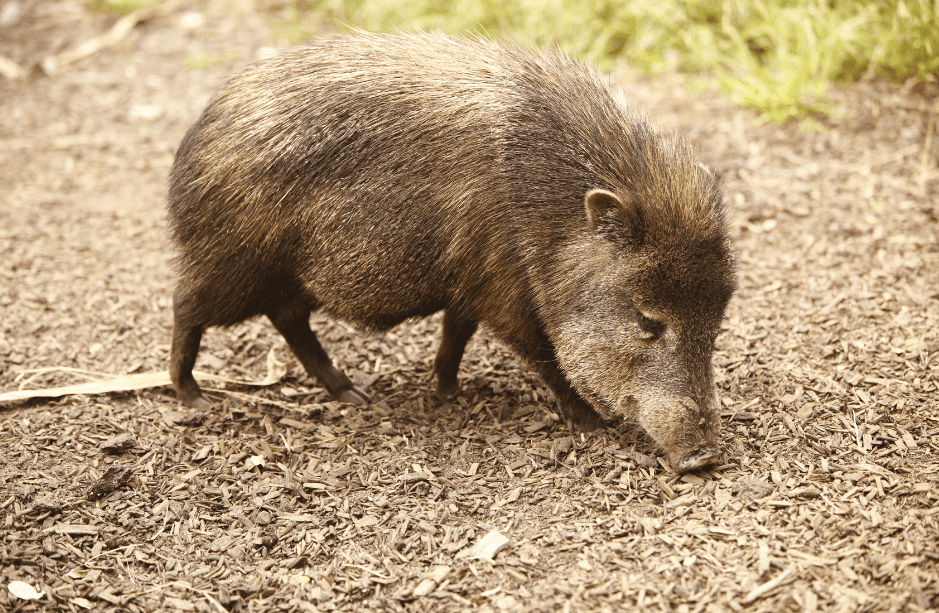 Peccaries measure between 90 – 130 centimetres (3 – 4 feet) in length and fully grown adults weigh between 20 – 40 kilograms (44 – 88 pounds). Peccaries have a striking resemblance to pigs in that they have a pig like snout ending in a cartilaginous disc. They have very small eyes and small ears. Just like pigs, they only use the middle two digits of their hooves for walking. Their stomach is non-ruminating, although it has three chambers and is more complex than that of a pigs.

Peccary tusks are short, straight and razor sharp whereas pigs have long, curved tusks. Their tusks are used for defence. Their jaws are well adapted for crushing seeds and slicing plant roots. Peccaries have scent glands below each eye and on their backs which are used to mark territories. They have poor eyesight but very good hearing.