You are here: Home / Blog / Crayfish vs Lobster – What’s the Difference?

Crayfish and lobsters are two types of crustaceans that belong to the order Decapoda. These animals are similar in many ways, but there are also some key differences between them.

Crayfish and lobsters both have a hard exoskeleton that protects their bodies. They also have jointed legs and two pairs of antennae. Both crayfish and lobster are omnivorous animals, meaning they eat other living creatures and plants. 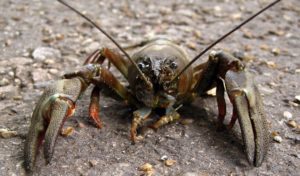 Crayfish live in freshwater environments, such as ponds, lakes, and rivers. They can also be found in brackish water, which is water that is a mix of freshwater and saltwater. The Giant Freshwater Crayfish (Astacopsis gouldi) is the largest freshwater invertebrate in the world, and is found only in rivers in the north of Tasmania. Mature adults are capable of reaching 6 kg. The species is only found in the rivers below 400 metres above sea level in northern Tasmania, an island-state of Australia 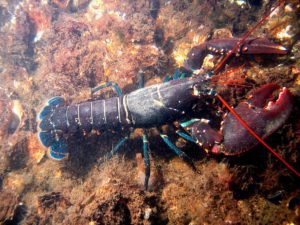 Lobsters live in saltwater environments, such as the ocean and estuaries. The European lobster (Homarus gammarus) is a species of clawed lobster from the eastern Atlantic Ocean, Mediterranean Sea, and parts of the Black Sea. It is closely related to the American lobster, H. americanus which lives off the coast of North America predominantly around New Jersey and Labrador.

Crayfish are smaller than lobsters. They typically grow to be about four to eight inches long. Lobsters can grow to be much larger, with some reaching lengths of up to three feet!

Lobsters are omnivores, feeding on live prey, decaying matter, and plants. Typical prey includes sea urchins, snails, crabs, sea hares, mussels, and clams. They spend their day hiding and come out at night to feed. Lobsters are known to become cannibalistic when other food is not available.

Like lobsters, crayfish are omnivores too. They will eat plant matter and scavenge when necessary.

Predators of crayfish include fish, snakes, raccoons, and birds. Some animals that prey on crayfish are also predators of lobster.

Crayfish’s lifespan is typically two to three years whereas lobsters have a lifespan of up to twenty years.