You are here: Home / Blog / Elk vs Caribou – What’s the Difference? 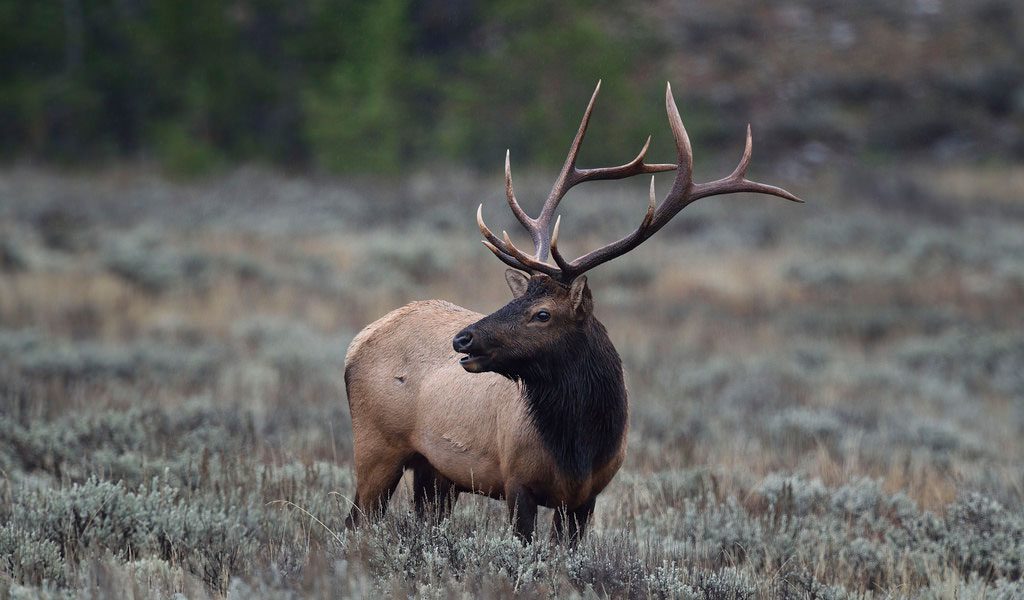 In parts of Asia, antlers and their velvet are used in traditional medicines. Elks are hunted as a game species as their meat is leaner and higher in protein than beef or chicken. In North America, male elks are referred to as ‘bulls’ and females as ‘cows’, however, in Asia, males are called ‘stags’ and females are called ‘hinds’. Worldwide population of elk, counting those on farms and in the wild, is approximately 2 million.

Male elks engage in ritualised mating behaviours during the rut (the mating period), including posturing, antler wrestling and bugling, a loud series of screams which establishes dominance over other males and attracts females. The bugle call is one of the most distinctive calls in nature. Bugling is often associated with an adaptation to open environments such as parklands, meadows, and savannas, where sound can travel great distances. The rut lasts from August until early winter. During this time a bull may have up to 20 cows in his harem which he defends fiercely. A bull with a harem rarely feeds and he may lose up to 20 percent of his body weight.

Natural predators of elks include wolves and cougars. Bears and coyotes kill some calves and sick adults. 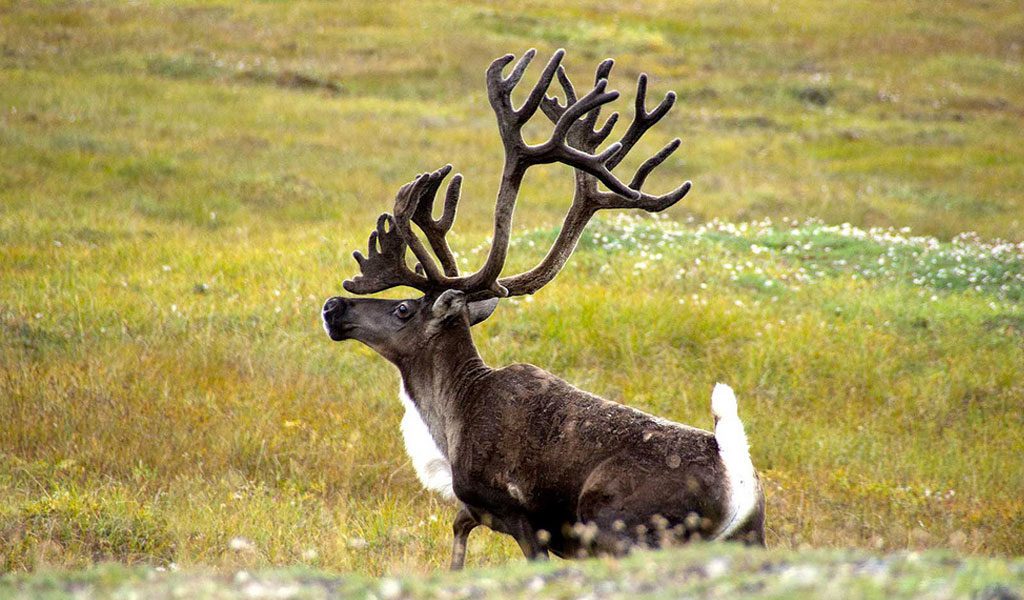 The Caribou is a wild species of deer often called reindeer when domesticated.

They belong to a large group of hoofed ungulate mammals called artiodactyls which also includes camels and giraffes. They are found in the arctic tundra regions of North America, Asia, Northern Europe, Alaska and Greenland. Caribou can also be seen in sub arctic boreal forests during migration.

Mating season occurs in autumn. Males fight for access to females. Two males will lock their antlers together and try to push each other away. The most dominant males can collect as many as 15 – 20 females to mate with. A male will stop eating during this time and lose much of its body reserves.

Despite their large numbers, caribous are an endangered species. The caribou has a very warm very soft fur that is hollow, insulated and sheds water and snow. This valuable fur was traded for a lot of money in the 1800’s. The caribou population decreased because of over hunting until laws were passed to protect it.

The Elk is taller at it’s withers than a caribou and is much heavier on average.

Both animals have antlers but there are some differences.

Caribous are the only deer species where both male and female have antlers but some females have no antlers. Males have larger and more branched out antlers than females which can extend in size to over 1 metre (3.25 feet). Their antlers grow directly from their skulls and are covered with a thin skin called a ‘velvet’. During the ‘rutting’ season, the velvet on the males antlers disappear. Males use their antlers to fight each other for access to females. Male antlers fall off after the mating season has finished and females lose their antlers during the birthing season. When a caribous antler is broken between April and August when in the ‘velvet’ stage, it loses blood flow to the antler and velvet.

Males elks have very large antlers which begin to grow in the spring and are shed every winter. Antlers can reach a length of 4 feet (1.2 metres) and weigh as much as 18 kilograms (40 pounds). Antlers are made of bone and can grow at a rate of 1 inch per day. While actively growing, the antlers are covered with and protected by a soft layer of highly vascularised skin known as ‘velvet’. Blood pumping through the veins in the velvet on a bulls antlers cools before it returns to the heart to help keep the animal cool. The velvet is shed in the summer when the antlers have fully developed.

Female elks do not have antlers.

Elk’s hair has a reddish hue during the summer which turns to a more lighter/grey color during the winter. Colouration can vary depending on season and habitat. Elks have clearly defined buff colored patches on their rumps. Calves are born spotted which is common with many deer species and they lose their spots by the end of summer.

Towards winter, elks grow a thicker coat of hair consisting of long, waterproof guard hairs covering dense, woolly under fur to insulate them from the cold. Some elks grow thin neck manes. When summer is approaching, elks rub against trees to remove the excess hair from their bodies. Elks wade or lie in streams, rivers, ponds and lakes to seek relief from heat and biting insects.

Caribou coats are short, thick and colored brown in summer turning grey in the winter. Their rumps and chests are white and they have blunt, hair-covered muzzles and short tails.

Throughout their range, elks live in forest, forest edge and alpine meadows. In mountainous regions, they often dwell at higher elevations in summer, migrating down slope for winter. The highly adaptable elk also inhabit semi-deserts in North America.

Caribou undertake one of the most grueling animal migrations of any other terrestrial mammal. Herds of thousands of animals complete a round migration journey of over 5,000 kilometres (3,100 miles) visiting spring calving areas and summer and winter feeding grounds. During migration, herds of cows (female caribou) leave several weeks before the males, who follow with yearling calves from the previous birthing season.

Caribous move from region to region, forced on by seasonal availability of tundra plants on which they feed. Caribou frequently cross rivers and lakes during their migration travels. They are very strong swimmers using their wide hooves as paddles and their thick, air-filled coats help them stay buoyant and warm when swimming through the icy waters. In winter months, caribou move to subarctic boreal forests where the snow covering is less than on open tundra. Here, they can use their wide hooves to dig and graze on the lichen beneath the snow.

Elks are herbivorous, eating grass and browsing vegetation from the edges of woodlands. They also feed up on plants, leaves and bark. During the summer, elks eat almost constantly, consuming between 4 and 7 kilograms (10 to 15 pounds) daily. Elks may supplement their diet at salt licks, where they take in minerals that may help them grow healthy coats and produce nutritious milk.

Caribous are herbivores and their preferred diet is tundra plant matter including leaves, twigs, moss and lichen known as reindeer moss. When food is abundant, an adult caribou can eat as much as 5 – 6 kilograms of food per day. When the caribou eats, the food goes down to the caribous first stomach, where it is mashed into small pieces called cud and stored to eat at the caribous next meal. Because caribous can eat large quantities of food they increase their internal heat production to prevent them from freezing in extreme weather conditions.