There are so many different types of dogs in the world, that it can be hard to keep track! One of the most popular dog breeds is the Pomeranian. This little dog has a big personality and is loved by people all over the world. But did you know that there are also many different pomeranian mix breed dogs? 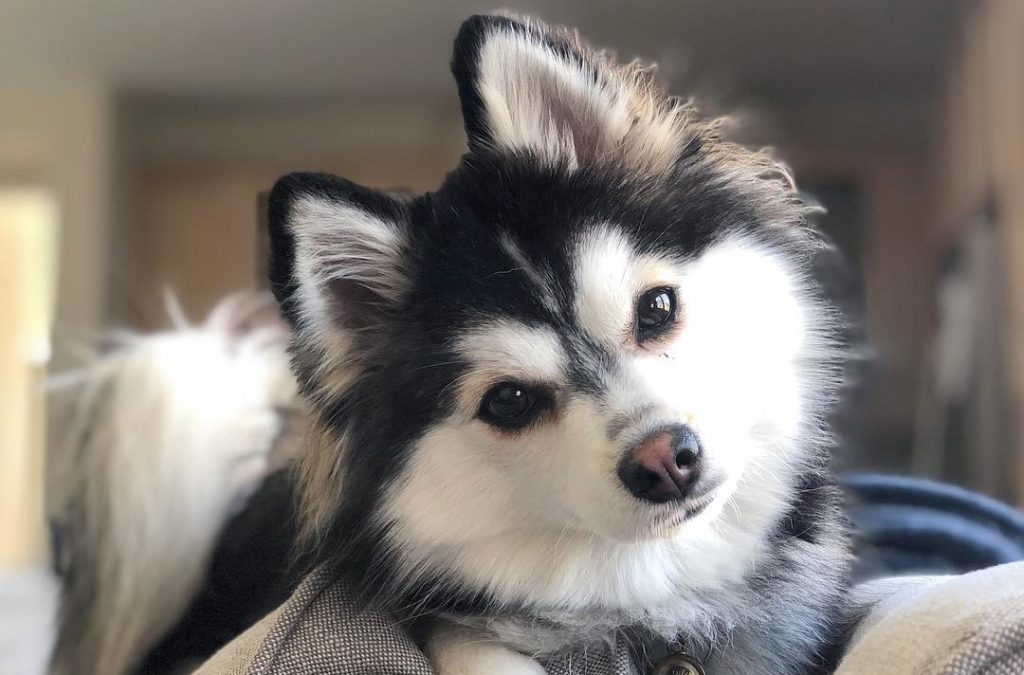 The Pomsky is a mix between a husky and a pomeranian, and as you can imagine, it is one adorable dog! It is one of the most desirable designer dog breeds right now. This pomeranian mix is known for being friendly, playful, and energetic. If you are looking for an adorable crossbreed that is also great with kids, the Pomsky is a good choice!

These dogs inherit the husky colors so they look like miniature husky dogs. A purebred Pomsky is the result of a cross between a male Pomeranian dog and a female Siberian Husky. This breeding generally takes place through artificial insemination due to the significant size difference in the parent breeds. 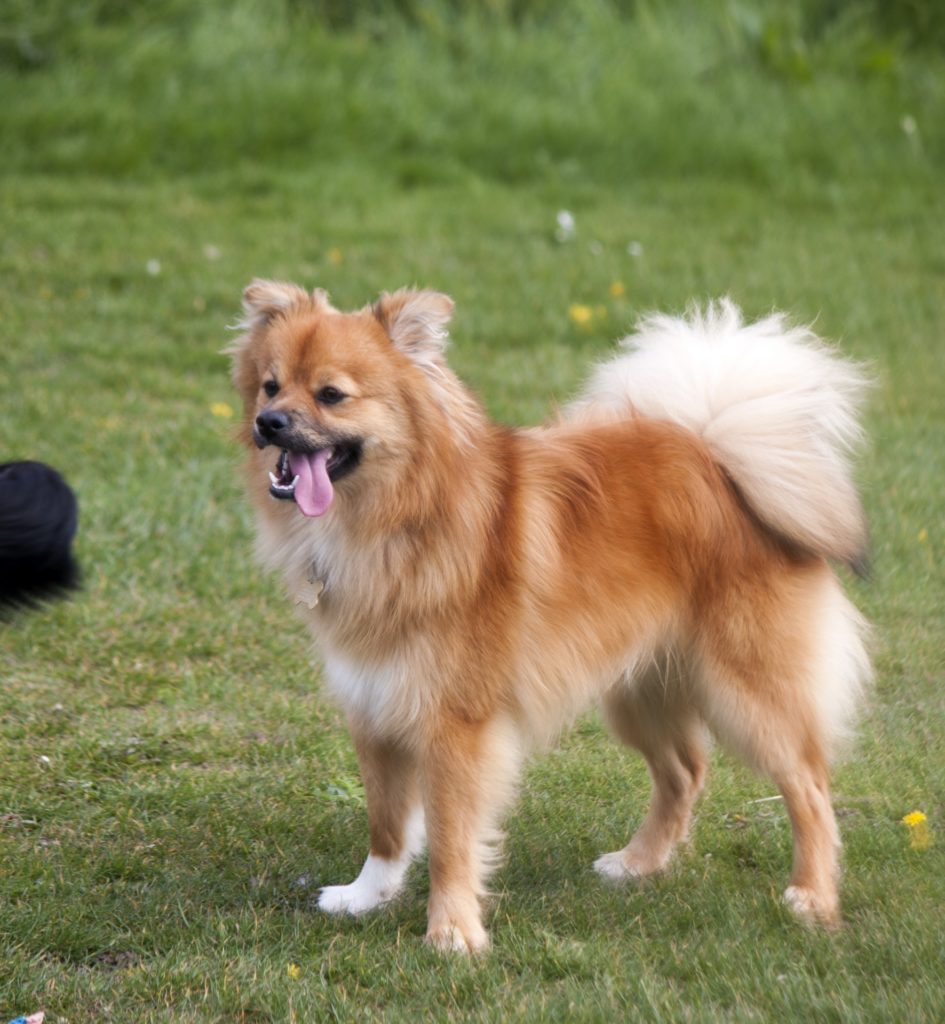 Lovers of small dogs everywhere will adore the Pomchi, a Pomeranian Chihuahua mix dog breed. This fairly new mixed breed offers all the personality and sass of a large breed along with the cute and cuddly features of a toy dog. If travel-size is your thing, you’re going to love this pooch.

The Pomchi is a designer breed resulting from the cross of a Pomeranian dog and a Chihuahua dog. The Pomeranian is a breed descended, in part, from the Spitz, and it hails from Eastern Europe. The Chihuahua originated in Mexico, possibly from Techichi lineage, and is named after the Mexican state of Chihuahua.

Pomchi dogs, also called the Chi-Pom, the Pomahuahua and the Chiranian, are definitely designer dogs, and, as a fairly recent cross, they are not accepted as a purebred dog by the American Kennel Club (AKC.) However, they enjoy some recognition from the Pomchi Club Of America, the American Canine Hybrid Club and the Designer Canine Registry, and many breeders of this chihuahua mix continue to work towards acceptance by the AKC. 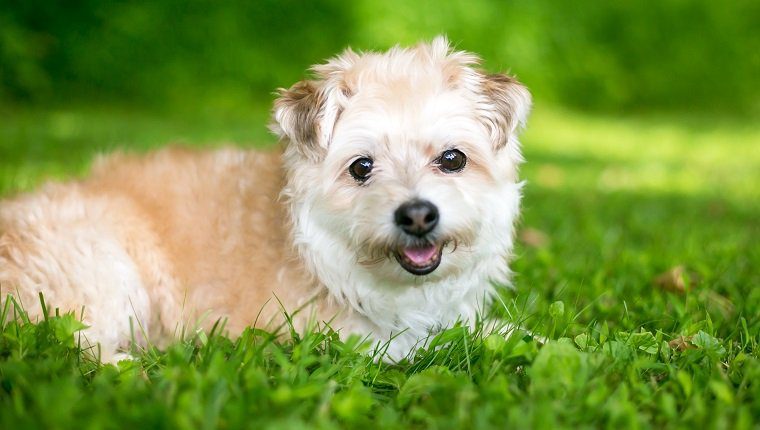 The Pomapoo is one of the fluffiest and most adorable dogs in the world. Often called teddy bear dogs because they resemble stuffed animals, they are a mix of a Toy Poodle and a Pomeranian. Many people love them because of their small sizes. As long as you have the proper carrier, you can take this dog on vacation and when you run errands around town. Despite their tiny sizes, they are loyal dogs that will do anything to keep their owners safe.

This mixed breed is one of the top choices for fans of small dogs. You can sleep with this little dog in your bed and spend hours sitting on the couch with it curled up in your lap. They love attention and can easily learn tricks if they know they will get a reward at the end of the session. You’ll also find that these small dogs are feisty and a little sassy. Before deciding to buy a Pomapoo puppy from a breeder, make sure that this is the type of dog for you. 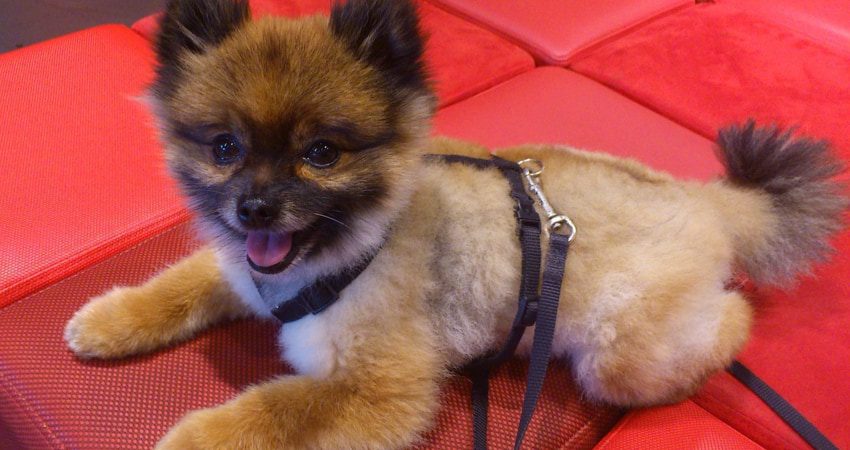 The Pug and Pomeranian mix, also known as the Pom-a-pug, is a designer dog that is becoming increasingly popular. This crossbreed is a mix of two of the most popular small breed dogs and it’s easy to see why – they are absolutely adorable!

The Pug and Pomeranian mix is a great choice for people who are looking for a small dog that is both playful and cuddly. These dogs typically weigh between 12 and 18 pounds and they have a lifespan of around 12-15 years. The Cockerarian is another popular crossbreed that is a mix of the Cocker Spaniel and Pomeranian. This designer dog is known for being friendly, playful, and loving. They typically weigh between 10 and 25 pounds and have a lifespan of around 12-15 years. 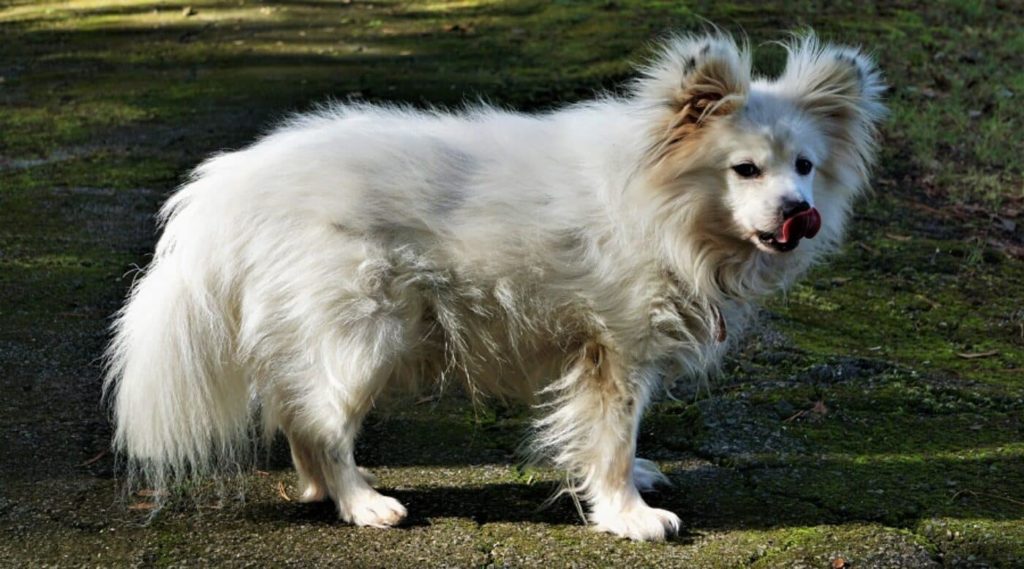 The Maltipom is a designer dog that is a mix of the Maltese and the Pomeranian. This crossbreed is also known as a Pomtese. They are small in size and can weigh anywhere from just four to eight pounds.

The Maltipom is a friendly and playful dog that loves to be around people. They make great companions for those who are looking for a small dog that doesn’t require a lot of exercise. While they are considered to be low-maintenance dogs, they do require some basic grooming needs such as regular brushing and occasional haircuts. 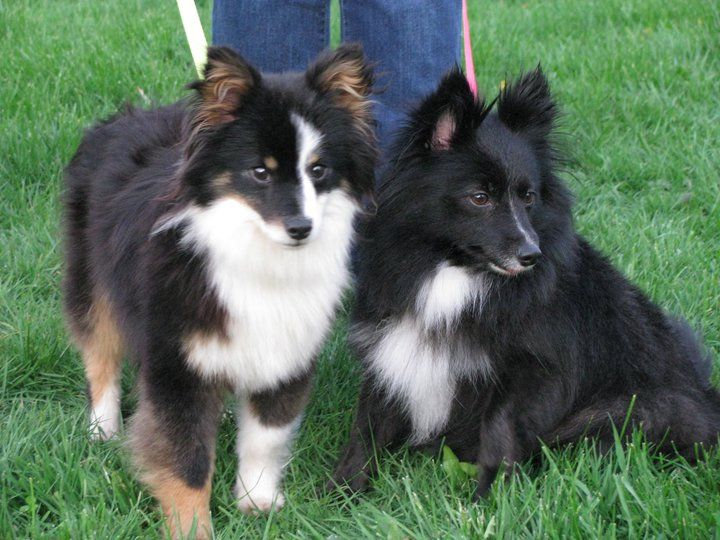 The Poshie is a designer dog that is a mix of the Pomeranian and the Shetland Sheepdog. They are considered to be one of the most popular designer dogs due to their adorable appearance. This crossbreed ranges in size from six to fifteen pounds and can have a lifespan of up to fifteen years. They are known for being friendly, playful, and energetic dogs that make great companions.

The Poshie is a high-maintenance dog that requires regular grooming, including brushing and bathing. They also require a moderate amount of exercise each day. If they are not given enough exercise, they can become destructive and hyperactive.