When most people think of animals that have a four-chambered stomach, they think of cows.

However, there are many other types of ruminant animals that inhabit the world. Ruminants are mammals that have a specialized digestive system that allows them to digest cellulose from plants.

What are Ruminant Animals?

Ruminant animals have a four-chambered stomach that is divided into the rumen, reticulum, omasum, and abomasum. The first three chambers of the stomach are used to ferment cellulose from plants. This fermentation process breaks down the plant material so that it can be digested in the fourth chamber of the stomach. 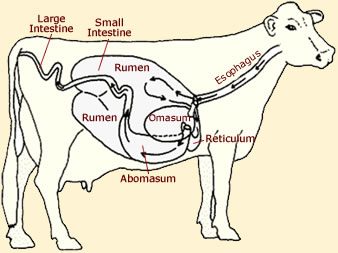 Ruminant animals can extract a large number of nutrients from plants that other animals would not be able to digest. For example, cows can extract more protein and essential amino acids from plants than any other type of animal. This is because the fermentation process in their four-chamber stomach breaks down the plant material more completely.

Ruminant animals also have a much longer digestive tract than other animals. This is because the fermentation process in their four-chamber stomach takes a long time. The length of the digestive tract allows for more complete digestion of the plant material. 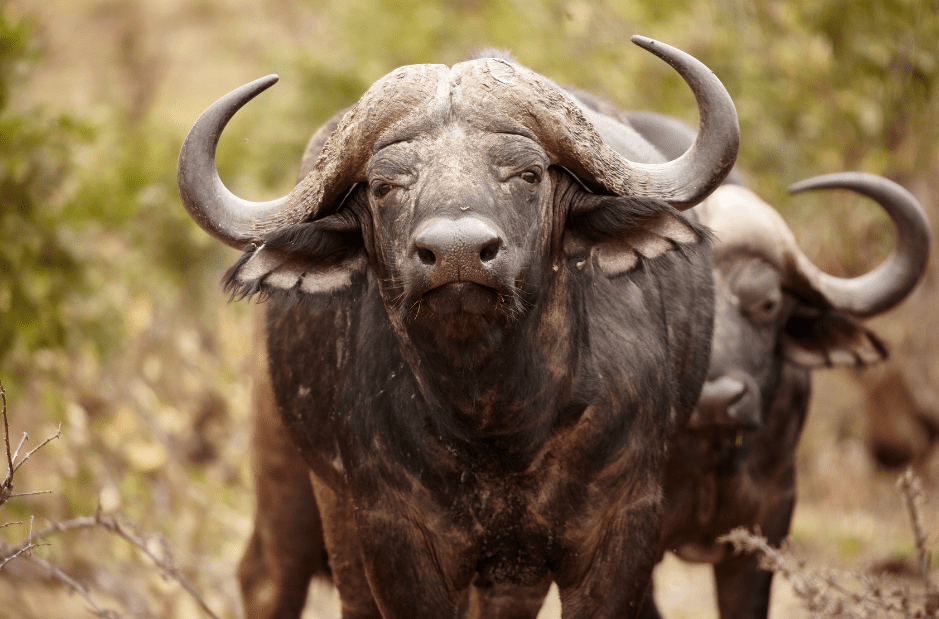 The African buffalo (Syncerus caffer) is a sub-Saharan African bovine, of which there are five species. These animals are large and widely regarded as one of the most dangerous animals on the African continent. It has a very unpredictable temperament and has never been domesticated; in fact, it is not an ancestor of domestic cattle and is only distantly related to other larger bovines.

These animals belong to the genus Syncerus and the family Bovidae. They are found mostly in savannas, swamps and floodplains. They are grazing ruminants, eating grass and sedges as well as cud or bolus. The African buffalo has very few predators and are capable of defending themselves against large animals such as African lions. Despite this, lions do regularly eat buffalos.

The nominate subspecies, the Cape buffalo, is a member of the “big five” and is therefore sought after for trophy hunting.

Hunting, along with loss of habitat, is one of the main reasons the population of the African buffalo is declining. It is currently listed as Near Threatened by the IUCN Red List. 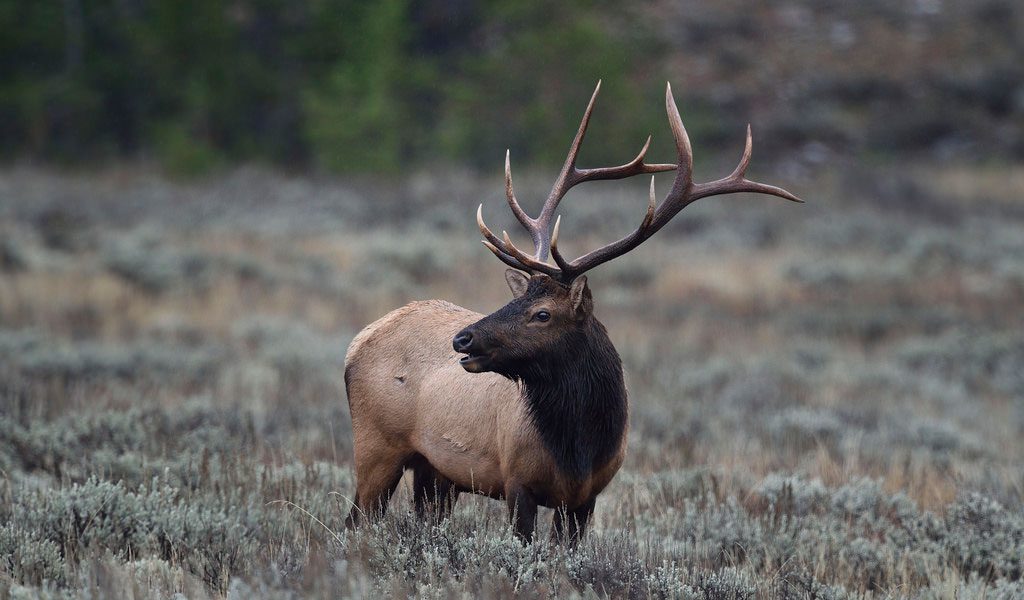 In parts of Asia, antlers and their velvet are used in traditional medicines. Elks are hunted as a game species as their meat is leaner and higher in protein than beef or chicken. In North America, male elks are referred to as ‘bulls’ and females as ‘cows’, however, in Asia, males are called ‘stags’ and females are called ‘hinds’. Worldwide population of elk, counting those on farms and in the wild, is approximately 2 million.

Elks are ruminant animals that have a four chambered stomach, the first chamber stores food and the other three chambers digest it. Their hair has a reddish hue during the summer which turns to a more lighter/grey color during the winter. Colouration can vary depending on season and habitat. Elks have clearly defined buff colored patches on their rumps. Calves are born spotted which is common with many deer species and they lose their spots by the end of summer. 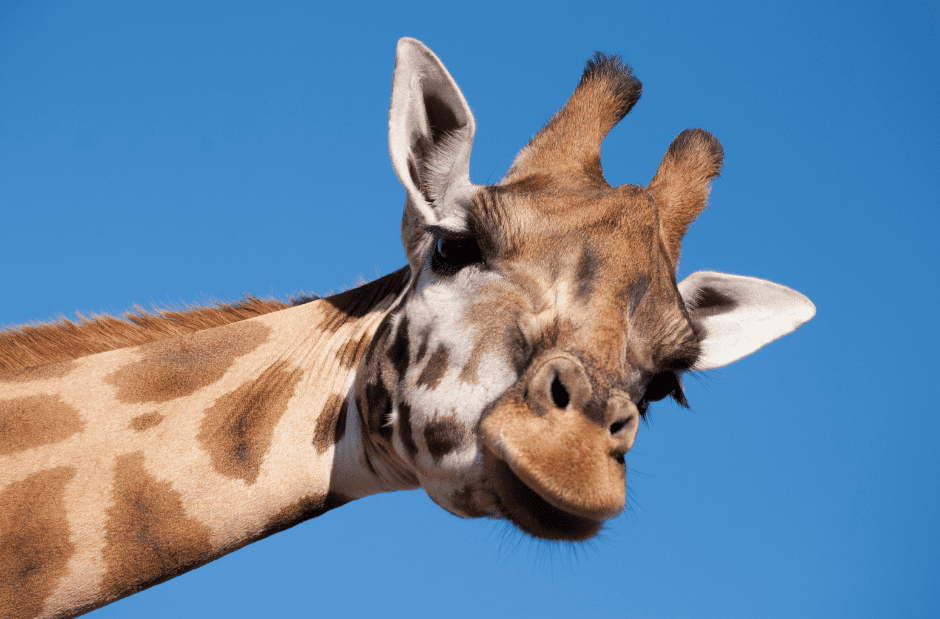 The giraffe is related to deer and cattle, however, it is placed in a separate family, the Giraffidae, consisting only of the giraffe and its closest relative, the okapi.

The giraffes range extends from Chad to South Africa. Although the Okapi is much shorter than the giraffe, it also has a long neck and eats leaves and both animals have long tongues and skin-covered horns. The giraffes ancestors first appeared in central Asia about 15 million years ago, however, the earliest fossil records of the giraffe itself, from Israel and Africa, date back about 1.5 million years.

Since giraffes are extremely efficient at processing nutrients and liquids from food, they can survive without water for long periods of time. Giraffes ruminate day or night, with periods of sleep in between. Giraffes have an unusually long lifespan compared to other ruminants, and can live to up to 38 years. 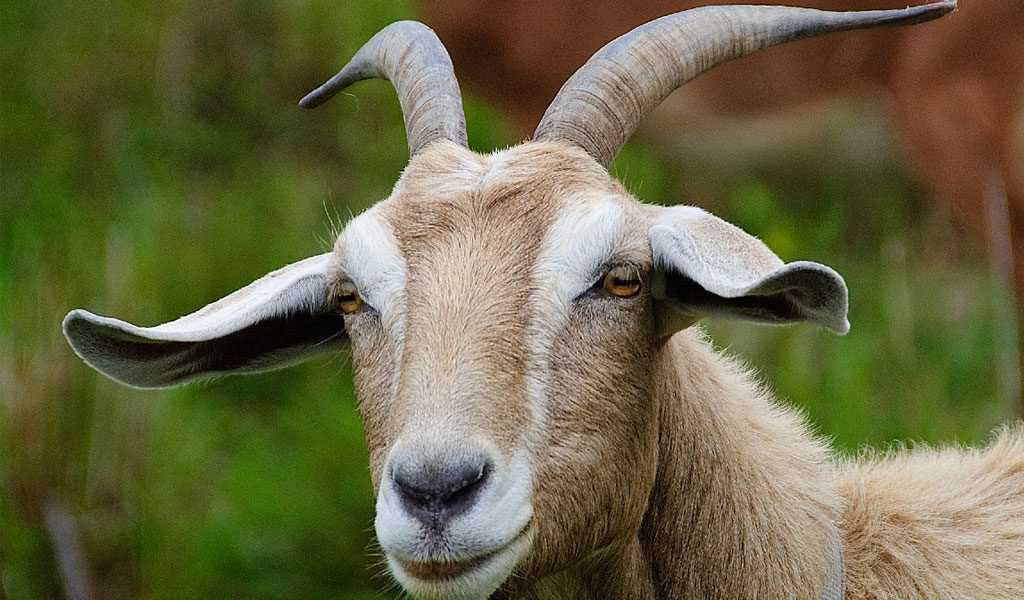 Goats are amazing animals. Goats are tough and versatile and have more uses than you could ever imagine. Goats can survive and thrive just about anywhere. A goat is a hoofed mammal in the genus ‘Capra’. Most goats are referred to as ‘domestic goats which are sub-species of the ‘wild goat’.

Altogether there are nine species of goat in the world, however, the domestic goat is the most common. Goats are ‘bovids’ and are members of the family ‘bovidae’ and ‘caprins’ which are sub-species of the subfamily ‘caprinae’.

Like cows and giraffes, goats are ruminant animals which means they chew cud. Ruminants have a four-chambered stomach which plays a vital role in digesting, regurgitating and re-digesting their food. Goats are herbivores (plant-eaters) who spend most of the day grazing. Goats eat grass, herbs, tree leaves and other plant material. Goats swallow their food without chewing it much. Later, they regurgitate the food (then called a cud) and chew it thoroughly before swallowing it for the last time. 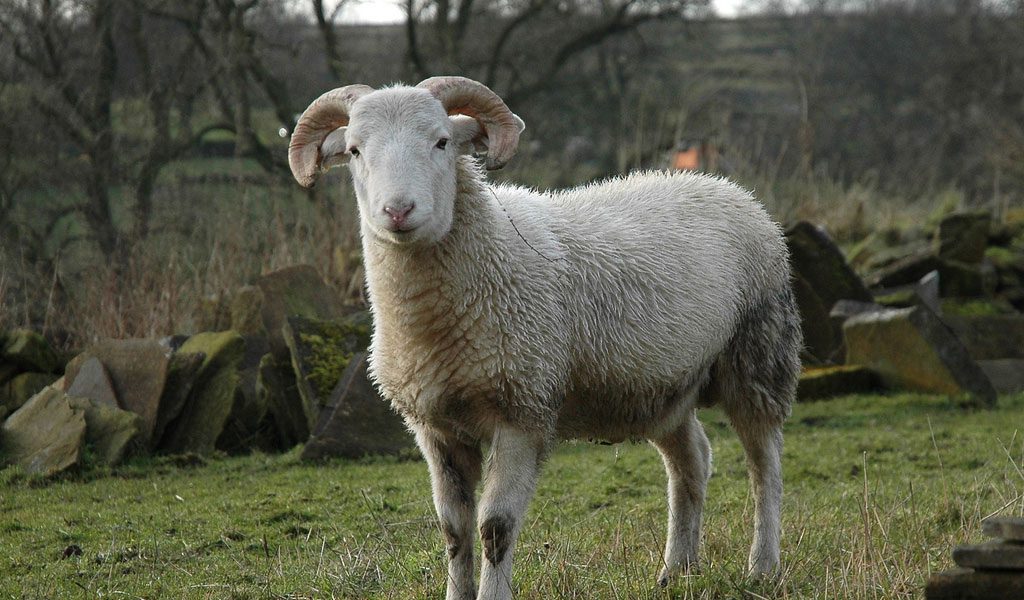 Domestic sheep (Ovis aries) are quadrupedal, ruminant mammals kept as farm animals. Like all ruminants, sheep are even-toed ungulates, also commonly called cloven-hoofed animals. Although the name ‘sheep’ applies to many species, in everyday usage it almost always refers to Ovis aries. Domestic sheep are the most numerous species in their genus and are most likely descended from the wild mouflon of Europe and Asia. Today, there are about one billion sheep on the planet and around 900 different breeds, many of these sub-classable. 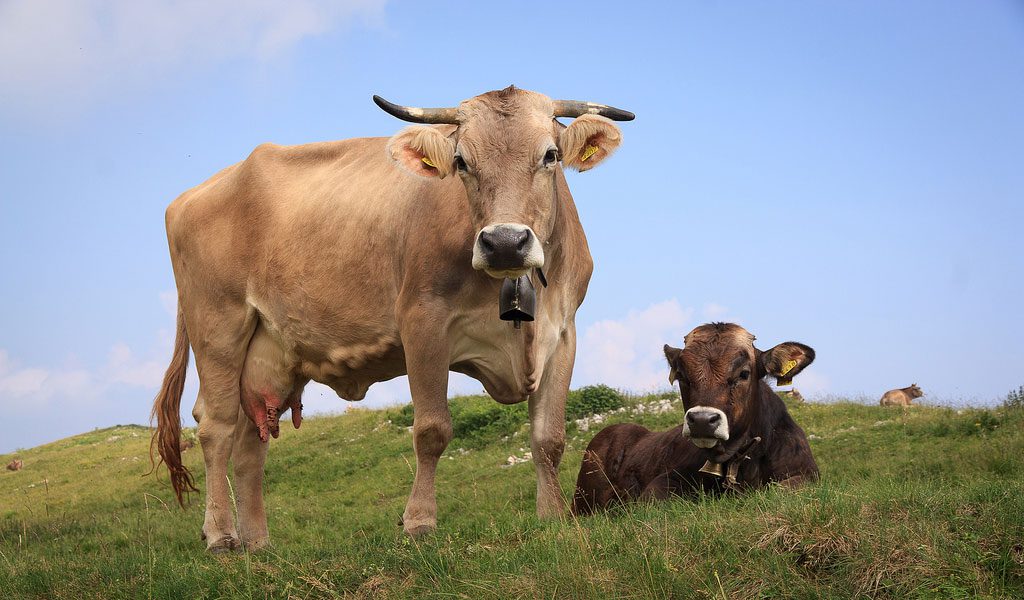 Cows are members of the sub-family ‘Bovinae’ of the family ‘Bovidae’. This family also includes Gazelles, Buffalo, Bison, Antelopes, Sheep and Goats.

Cows are raised for many reasons including: milk, cheese, other dairy products, also for meat such as beef and veal and materials such as leather hide. In older times they were used as work animals to pull carts and to plow fields.

In some countries such as India, cows are classed as sacred animals and are used in religious ceremonies and treated with a lot of respect.

Today, cows are domesticated ungulates (hoofed animals with two toes on each hoof) that we see very often chewing the grass in farmers fields as we walk or drive through the countryside. There is an estimated 1.3 billion head of cattle and 920 breeds of cow in the world today. Cows are referred to as the ‘fosters mothers to the human race’ because they produce most of the milk that people drink. 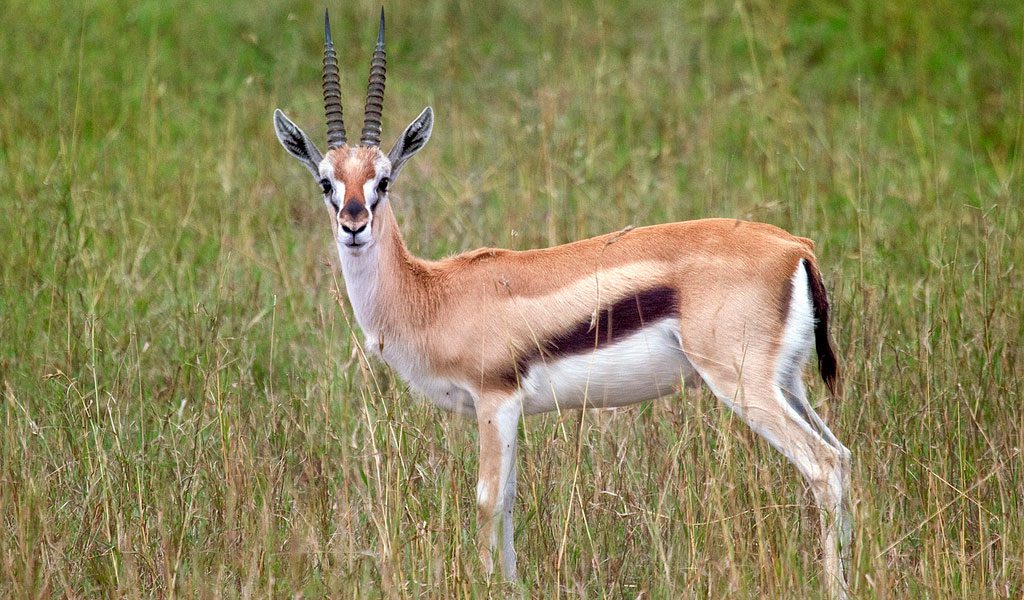 The Thomson’s Gazelle is the smallest, daintiest and fastest of all gazelles. Sometimes referred to as ‘Tommy’, this gazelle was named after the Scottish explorer, Joseph Thomson who explored Africa in 1890. These graceful antelopes are still one of the most common gazelles in East Africa and although numbers may have declined in other parts of Africa, the Thomson’s Gazelle still thrives on farmland, grasslands and savannas in the East.