The Bengal cat is a relatively new breed of domestic housecat (Felis silvestris catus) developed to have a gentle and friendly temperament, while exhibiting the markings (such as spots, rosettes, and a light/white belly), and body structure reminiscent of the wild Asian Leopard cat (Prionailurus bengalensis). In other words, a Bengal cat has a desirable ‘wild’ appearance, with a gentle domestic cat temperament. 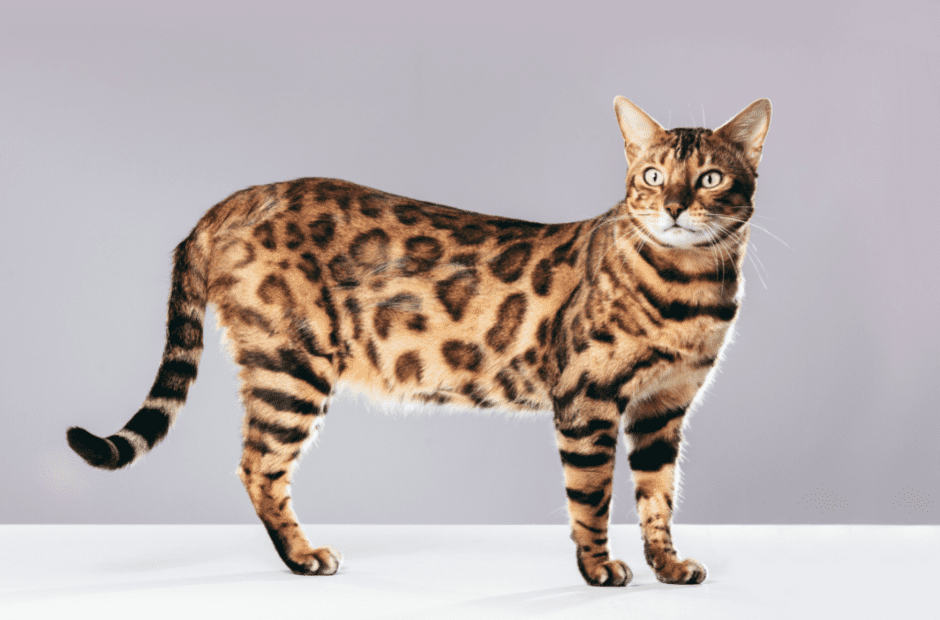 The name Bengal was derived from the scientific name of the Asian Leopard Cat, and not from the more widely known Bengal Tiger species, which has nothing to do with their ancestry or their looks.

Bengal cats are a hybrid breed developed over several generations through a program of selectively cross-breeding domestic cats, possessing desired features, with Asian Leopard Cats (ALC) and ALC hybrids. The principle of hybrid vigor dictates that hybrid cats are often healthier and larger than either parent. The first three generation males are almost always infertile, though there have been the occasional, but rare F3 studs capable of reproduction. The early generation females are typically fertile, and responsible for continuing the genetic contributions of the ALC to the next generation. 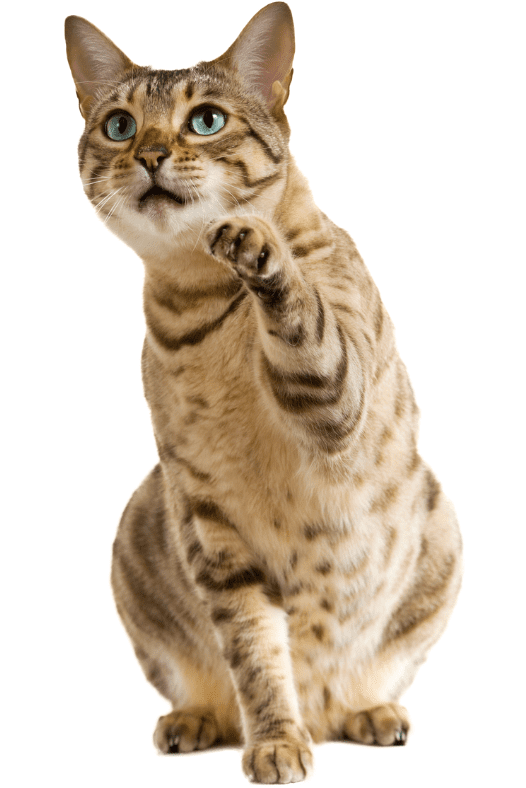 The first three generations of these hybrid offspring are properly referred to as the “filial” generations. A Bengal cat with an ALC parent is called an F1 Bengal, short for first filial. An F1 then bred with domestic male yields an F2, or second filial. Kittens from an F2 female and another domestic cat are then termed F3. Kittens from a subsequent F3 mating with a domestic are F4s. The F4 and later generations are considered domestic cats and correctly designated as Stud Book Tradition (SBT) Bengal’s, and can be shown and registered. Any SBT Bengal is at least four generations from the ALC. Filial cats (F1-F3) are also termed ‘foundation cats’ and are typically reserved for breeding purposes, or the specialty pet home environment.

A Bengal cat purchased as a pet is usually an SBT. Although some breeders occasionally offer filial (F1-F3) cats for sale, they are not for the average pet owner as early generation cats can be more aloof in temperament and not as easily housebroken. The ALC in its natural setting is a solitary, small, shy and reclusive cat not known for interacting with humans. The purpose of crossbreeding them with domestic cats was to obtain a wild-appearing cat with a desirable friendly personality and gentle temperament.

The modern SBT Bengal gene pool contains genes sourced from many varieties of domestic cats – mainly Egyptian Maus, American Shorthair, Abyssinian, Ocicat, and domestic shorthaired cats. It is commonly accepted that the breed was developed by Jean Mill of California in the 1970’s, although Bengal breeders exist throughout the world today. Many breeders today are working to develop specific characteristics in the breed, often by backcrossing foundation cats with particularly vivid markings.

The Asian Leopard Cat is comprised of several subspecies, and consequently, they can have considerable variations in their appearance.

The Bengal has been welcomed as a pedigreed breed by several cat associations – most notably, The International Cat Association (TICA) – but has been refused acceptance by the more traditional Cat Fanciers’ Association (CFA), the largest and oldest registry of pedigreed cats. The CFA is reluctant to accept cats with wild or “non-domestic” blood in their recent heritage, as stated in its position here. 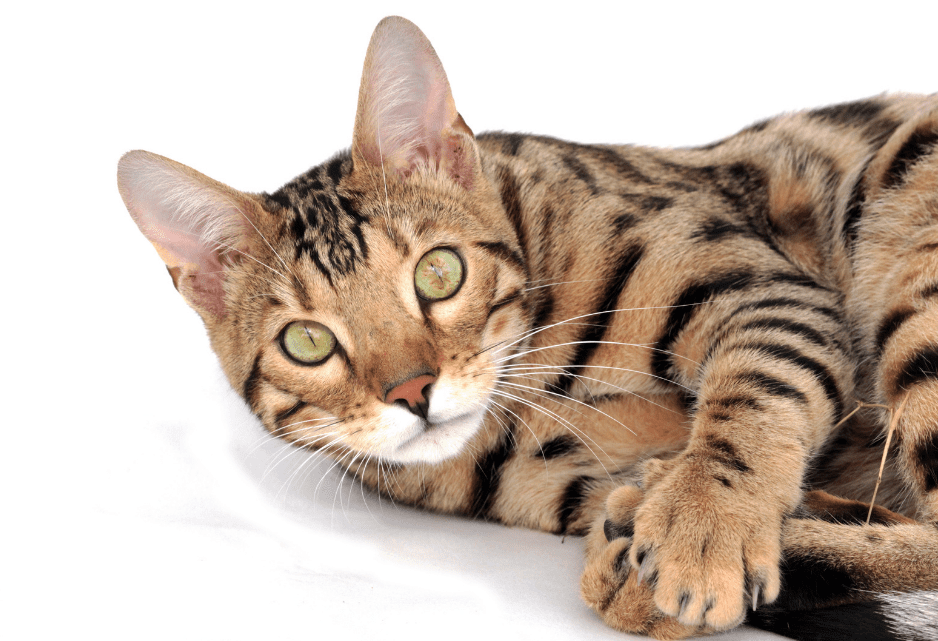 Bengal cats can take a great deal of interest in running water and often don’t mind getting wet. Most Bengal owners have stories about their cat’s affection for running water or even jumping in a sink or tub. Additionally, Bengal cats are very high-energy, intelligent, and curious, and so are particularly interactive with their human housemates, wanting to be in the middle of whatever the human is engaged in, and often following the human around the house as household chores are performed. Bengal cats have been known to play games with their owners, such as “fetch” and “hide-and-seek.”

As their activity and play requirements are high, this is not a cat best left to its own devices for long periods of time, as they can be quite mischievous and destructive when bored. If an owner is likely to spend much of the day away from the cat, having another high-energy feline companion to occupy your Bengal is an excellent idea. Bengal’s tend to vocalize to communicate with their humans, and are quite capable of jealousy and spitefulness if they feel that another feline is getting more attention, or if they are being ignored. The other side of this coin is that they are also extremely affectionate towards and playful with their humans.

In February 1998, an F2 Bengal cat named Cato made the Guinness World Records by being the most expensive cat purchased. It was bought for 41,435.00 (USD) by Cindy Jackson of London, England (Jackson herself also a record holder for having had the most cosmetic procedures).