The Chartreux is an internationally-recognized breed of domestic cat. Chartreux cats are from France, reportedly originally bred by Carthusian Catholic monks at their monastery in Grenoble for the purposes of catching mice to preserve food storages from loss and damage. 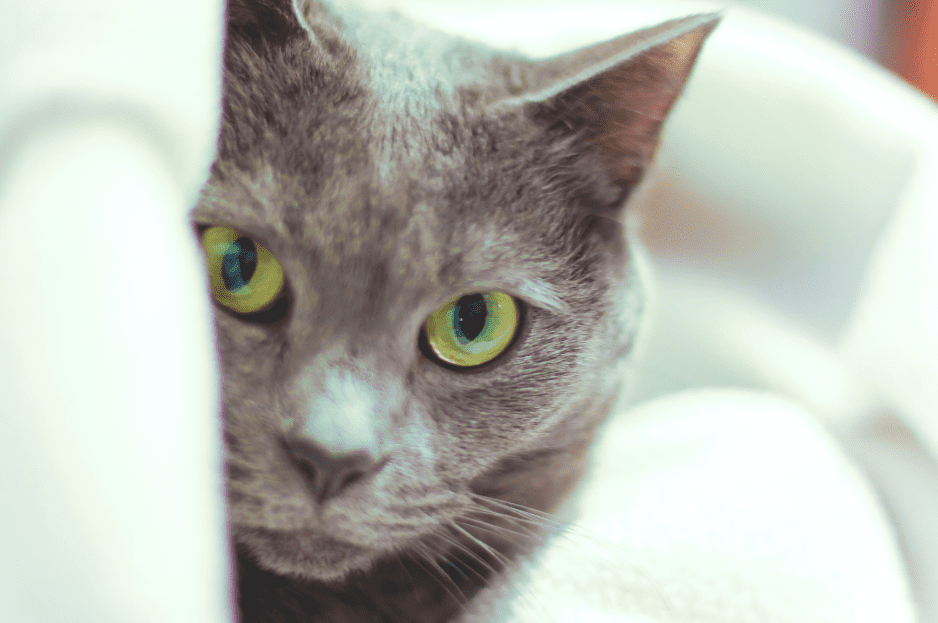 Legend has it the Chartreux’s ancestors were feral mountain cats from what is now Syria, brought back to France by returning Crusaders in the 13th century, many of whom entered the Carthusian monastic order.

The first documented mention of the breed was by the French naturalist Buffon in the 17th century. The first Chartreux were brought to the USA in 1971.

Physically, the Chartreux is large and muscular with short fine boned limbs, big paws and very fast reflexes. They are known for their blue (grey) double-thickness fur coats and gold- or copper-colored eyes. Chartreux cats are also known for their “smile”; due to the structure of their heads and long, tapered muzzle, they often appear to be smiling.

Chartreux cats tend to be quiet, rarely making noises such as mewing or crying and some are mute. They are quite observant and intelligent, with some Chartreux learning to operate radio on/off buttons and to open screen door latches.

Chartreux cats are playful cats well into their adult years; some can be taught to fetch small objects in the same manner as a dog. Chartreux are good with children and other animals, are non-aggressive and affectionate, good travelers and are generally very healthy. Chartreux tend to bond with one person in their household, preferring to be in their general vicinity, though are still loving and affectionate to the other members of the household.

The Chartreux may be one of The Cat Fanciers’ Association oldest new breeds. Chartreux history is steeped in legend, even though the breed was only advanced to championship status in 1987.

There exists a lovely old legend that the Chartreux lived with, and were named for, the Carthusian monks of France, and perhaps even shared a tipple or two of their famous Chartreuse liqueur! Recent research, however, indicates that because of the woolly character of their fur, they were given the same name as a well known Spanish wool of the early 18th century. Since this method of naming is common in animal husbandry, it is very likely the truth.

Nevertheless, the presence of this natural breed of cat was noted in documents as early as the 16th century, and was acknowledged for its unique coat texture and color. Whatever the reason, the Chartreux adopted France with all their native vitality and intelligence, and the country adopted the breed. 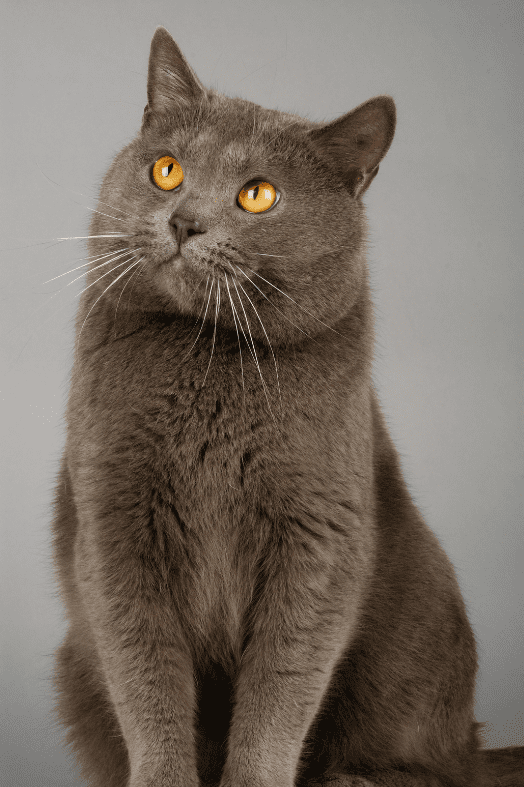 The Chartreux is a study in contrasts. Often described as a “potato on toothpicks,” this breed has a robust body, broad shoulders and a deep chest, all complemented by medium short, finely boned legs. The Chartreux is well muscled, which would enable the cat to meet its obligation as the fine mouser it is reputed to be in French literature.

Unlike any other cat, the Chartreux blue fur is medium in length and woolly, with the proper coat breaking at the neck, chest, and flanks. A dense undercoat gives it resistance and a feeling of sheep’s wool.

The Chartreux is known for its smile. The rounded head with its softly contoured forehead tapers to a narrowed muzzle. This gives the Chartreux an image of smiling. The nose is straight with a slight stop at eye level. The Chartreux eyes are one of its most endearing features.

They are rounded, but not as round as the Persian’s. The outer corners curve slightly upward. Color ranges from gold to copper, the latter being most preferred by breeders. The ears should be medium in height and width, set high and erect on the head. Most importantly, the Chartreux should enjoy or at least tolerate being handled for exhibition.

Chartreux quickly become attached to one family and frequently follow their masters from room to room. Known for their dog-like behavior, these cats can be taught to fetch a ball, and most will respond to their names. By tradition, all kittens born in a given year are named beginning with a specific letter of the alphabet for that particular year. Breeders use only 20 letters, omitting K, Q, W, X, Y and Z.

The Chartreux is a quiet breed, chirping rather than meowing at things it finds interesting. This intelligent cat is fascinated by television and likes to participate in telephone conversations by chewing on the cord.

Chartreux kittens are precocious. Physical maturity can be three years in coming, with a scraggly stage between kitten and adulthood that puts one in mind of a gawky, adolescent youngster. Then, almost overnight, they put it all together, with stunning results.

Environment and attention have everything to do with this breed’s adult manners and behavior. Brushing the double coat is a no-no. Instead, running your fingers through the fur on a daily basis will suffice and will also contribute to your cat’s social demeanor at the same time. 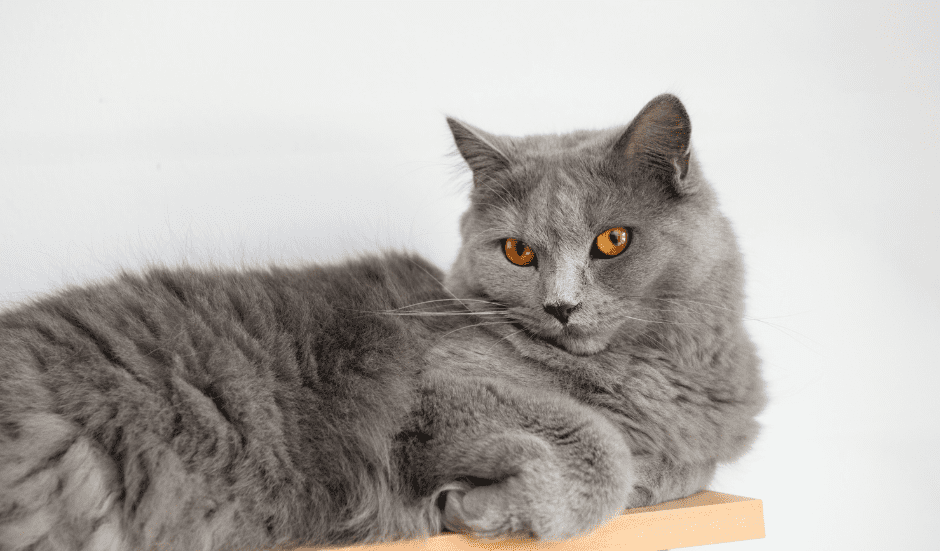 Chartreux kittens are generally available by reservation only in as much as the breed is zealously protected by its breeders and demand for these endearing cats outstrips availability. During World War II, some French breeders tried to save the breed from extinction by outcrossing to Persians and British Shorthairs.

However, the original Chartreux cats that were imported to the United States came from the French countryside, and only those cats were used in breeding programs to produce and preserve the natural status of the present pedigreed Chartreux.

This lovely breed was brought to the United States through the efforts of John and Helen Gamon who were committed to finding and acquiring the beautiful cats. Today, many American-bred Chartreux are being returned to French breeders, thus reducing even further their availability in the United States.

Usually breeders make kittens available between twelve and sixteen weeks of age. After twelve weeks, kittens have had their basic inoculations and developed the physical and social stability needed for a new environment, showing, or being transported by air.

Keeping such a rare treasure indoors, neutering or spaying and providing acceptable surfaces (e.g. scratching posts) for the natural behavior of scratching (CFA disapproves of declawing or tendonectomy surgery) are essential elements for maintaining a healthy, long and joyful life.