Breeders crossed the American Shorthair with the Persian in the United States around 1960. Thus were born shorthaired Persians, called Exotic Shorthairs and recognized by the C.F.A in 1966. During the breeding program, crosses were also made with the Russian Blue and the Burmese. 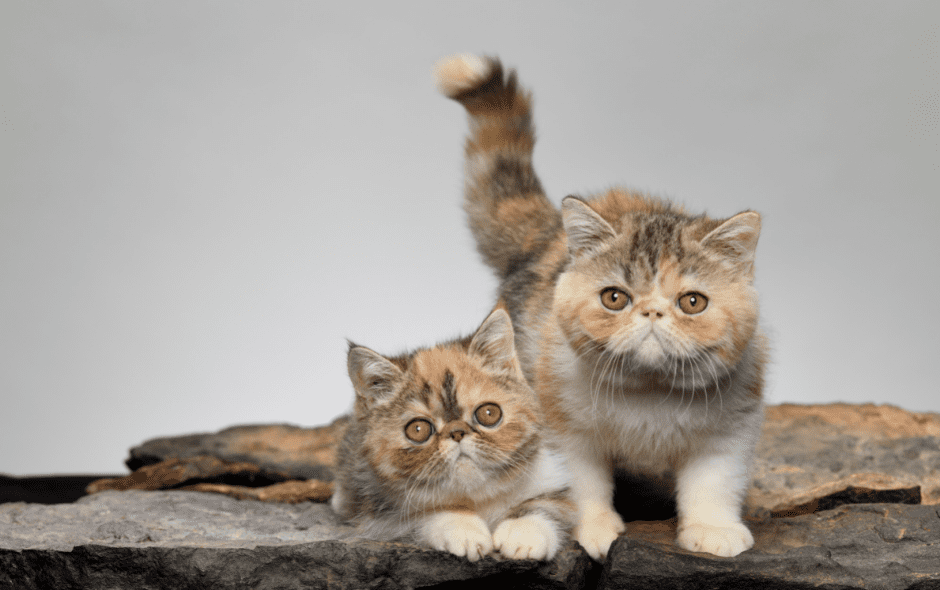 Since 1987, the only allowable outcross breed is the Persian. The F.I.Fe. recognized the Exotic Shorthair in 1986. They have nearly the same body as the Persian, but a thick, dense short coat. They appeal to people who like the personality of a Persian but do not want the hassle of grooming a long-haired cat. They are also known as “The Lazy Man’s Persian.”

The Exotic Shorthair has a compact, rounded, powerfully-built body with a short, thick “linebacker” neck. Its large round eyes, short snub nose, sweet facial expression, and small ears give it a highly neotenic appearance that many people consider cute. 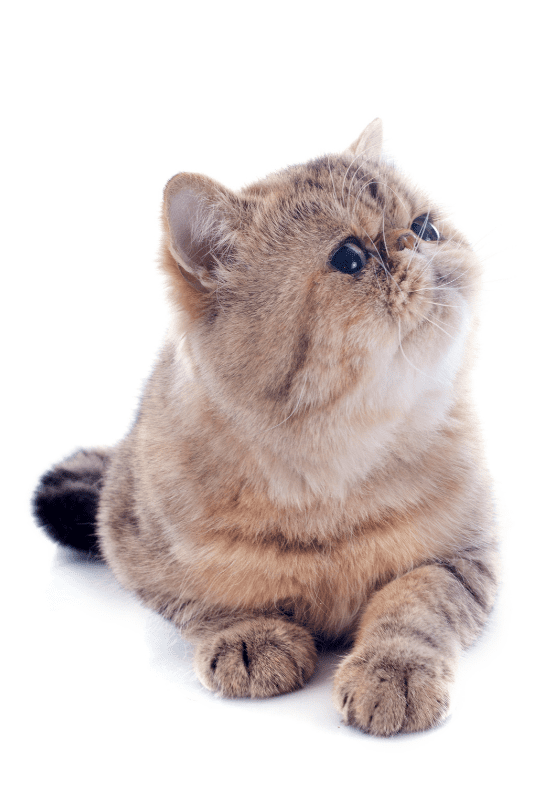 This Shorthair has a gentle and calm personality reminiscent of the Persian, but it is livelier than his longhaired ancestor. Curious and playful, it is friendly to other cats and dogs. it rarely meows. it doesn’t like being left alone, and needs the presence of its owner (or of voices or smells reminiscent of its master-such as a radio kept on).

They tend to show more affection and loyalty than most breeds and make excellent lap cats. Their calm and steady nature makes them ideal apartment cats for city dwellers. Nonetheless, Exotics retain some of the energetic spark of their American Shorthair forbears and they are often capable mouse hunters.

Unlike the high-maintenance Persian, the Exotic is able to keep its own fur tidy with little human assistance, though weekly brushing and combing is recommended to remove loose hair and reduce shedding and hairballs. As with other flat-faced animals, the Exotic’s tears are prone to overflowing the nasolacrimal duct, dampening and staining the face. This can be relieved by periodically wiping the cat’s face with a cloth moistened with water or one of the commercial preparations made expressly for the purpose. 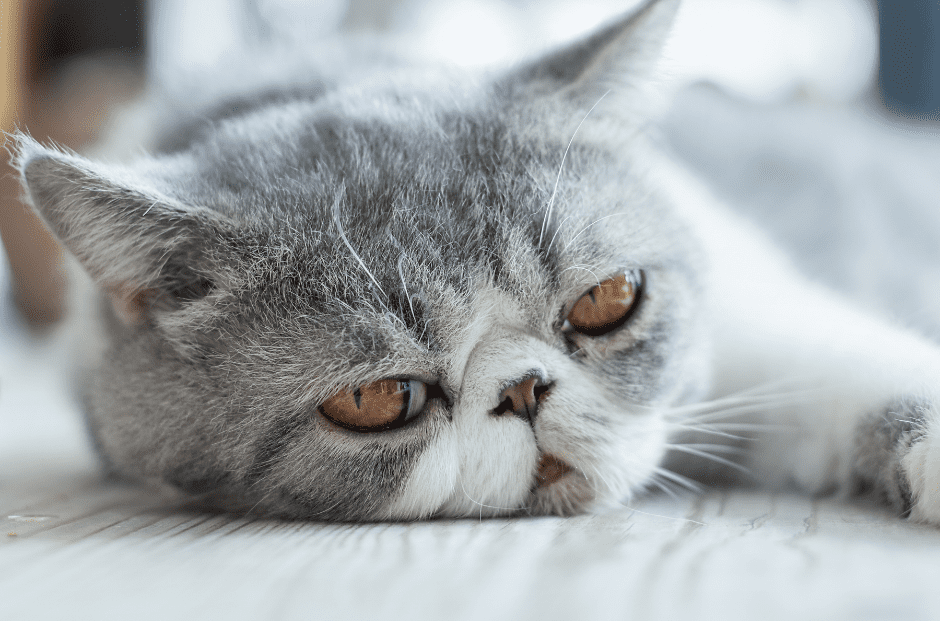 This robust and healthy breed does not reach maturity until around two years of age and enters puberty fairly late. When two Exotic Shorthairs are crossed, they may produce longhaired kittens called “Exotic Longhairs” by the C.F.A. but considered Persian by other registering bodies. Externally they look like Persians.