The Japanese Bobtail is a breed of cat with an unusual ‘bobbed’ tail more closely resembling the tail of a rabbit than that of an ordinary feline.

The short tail is caused by the expression of a recessive gene. Thus, so long as both parents are bobtails, all kittens born to a litter will have bobtails as well. Unlike the Manx and other cat breeds, where genetic disorders are common to tailless or stumpy-tails, no such problem exists with the Japanese Bobtail.

The Japanese Bobtail is a small domestic cat native to Japan and Southeast Asia. The breed has been known in Japan for centuries, and there are many legends and myths, as well as pieces of ancient art, featuring it. 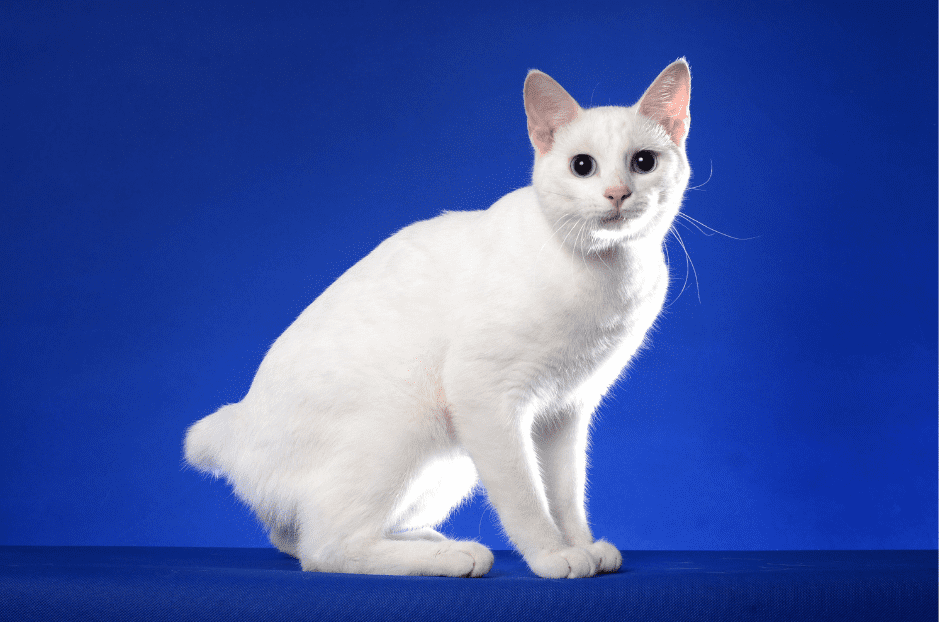 Japanese bobtails may have almost any color, but calico (called “Mi-ke”, meaning “three-fur”) or bi-colours are especially favoured by the Japanese.

Japanese Bobtails usually have litters of three to four kittens with newborns that are unusually large compared to other breeds.

They are active earlier, and walk earlier. Affectionate and generally sweet-tempered, they enjoy supervising household chores and baby-sitting.

They are active, intelligent, talkative cats with a well-defined sense of family life. Their soft voices are capable of nearly a whole scale of tones; some people say they sing.

Since they adore human companionship they almost always speak when spoken to. Because of their human-oriented personality they are easy to teach tricks and enjoy learning things like walking on a harness and lead.

One eye will be blue while the other is yellow (though in Japan, blue is referred to as silver while yellow is referred to as gold). This trait is popular and kittens displaying this “odd-eye” feature are usually more expensive. 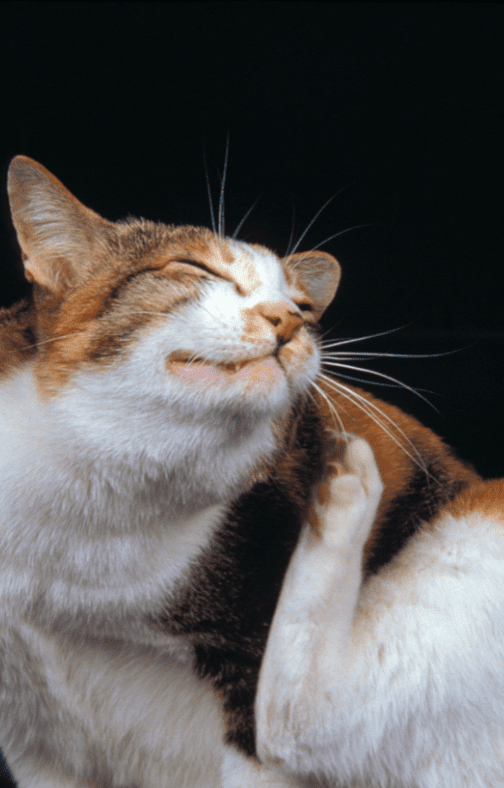 The earliest written evidence of cats in Japan indicates that they arrived from China or Korea at least 1,000 years ago.

In 1602, Japanese authorities decreed that all cats should be set free to help deal with rodents threatening the silk-worms.

Buying or selling cats was illegal, and from then on, bobtailed cats lived on farms and in the streets.

So,the Japanese Bobtails are the “street cats” of Japan. The Maneki Neko, or beckoning cat, which is a Japanese Bobtail seated with one paw raised, is considered to be a good-luck charm.

A maneki-neko statue is often found in the front of stores. Look around the next Japanese restaurant you visit you’ll likely spot one.

In 1968 the late Elizabeth Freret imported the first three Japanese Bobtails to the United States from Japan. In 2001 the first registered litter of Bobtails in the UK were bred under the “Solstans” prefix.

There is a myth in Japan about why the Japanese Bobtail lost its tail. The myth states that a cat was warming itself too close to a fire, and set its tail on fire. It then ran through the town, burning many buildings to the ground. As punishment, the Emperor decreed that all cats should have their tails cut off.

The Japanese Bobtail is a recognised breed by all major registering bodies: CFA ([1]), TICA ([2]), FIFe; Shorthair only ([3]) with the exception of GCCF (UK).