Did you know that there are over 1.5 million different species of animals on this planet? That’s a lot of creatures!

It can be difficult to keep track of them all, especially when they all fall into different classification categories. In this article, we will discuss the different ways animals can be classified, as well as provide a comprehensive guide to scientific classification for animals.

What is Scientific Classification?

Scientific classification (or taxonomy) is the process of grouping animals into different categories. These categories are based on similarities or shared characteristics, such as diet (carnivore, herbivore etc.), habitat, anatomy, or behavior. Scientists use animal classification to help them study and understand the natural world.

This system of  classification was developed by Swedish botanist Carl Linnaeus during the 1700s. The Linnaeus Method, also known as Linnaean Taxonomy, creates a hierarchy of groupings called taxa, as well as binomial nomenclature that gives each animal species a two-word scientific name. The first word in the name is the genus, which is a general grouping of animals with similar characteristics. The second word is the specific name, which is used to identify a particular species within the genus.

The method of giving scientific names to animals is typically rooted in Latin by combining the genus and species. For example, caribou are classified as Rangifer tarandus while polar bears are Ursus maritimus.

The Linnaean system of animal classification has changed and evolved as our understanding of the natural world has grown. In the early 1800s, French biologist Georges Cuvier developed the concept of extinction, which led to a major revision of Linnaean taxonomy. In the 1900s, German zoologist Ernst Mayr defined species as groups of animals that can interbreed and produce viable offspring. This definition is still used today.

The more features that a group of animals shares, the more specific that animal classification group is. Every species is defined based on nine branching categories.

The method of scientific classification is:

When Linnaeus developed his system of classification, there were only two kingdoms, Plants and Animals. But the invention of the microscope led to the discovery of new organisms and the identification of differences in animal and plant cells.  A two-kingdom system was no longer useful.

How are organism placed into their kingdoms?

You are probably quite familiar with the members of this kingdom as it contains all the plants that you have come to know – flowering plants, mosses, and ferns.  Plants are all multicellular and consist of complex cells.

The animal kingdom is the largest kingdom with over 1 million known species. All animals consist of many complex cells. They are also heterotrophs.  Members of the animal kingdom are found in the most diverse environments in the world.

In 1983, scientists tool samples from a spot deep in the Pacific Ocean where hot gases and molten rock boiled into the ocean form the Earth’s interior.  To their surprise they discovered unicellular (one cell) organisms in the samples. These organisms are today classified in the kingdom, Archaebacteria.

Archaebacteria are found in extreme environments such as hot boiling water and thermal vents under conditions with no oxygen or highly acid environments. The hot springs of Yellowstone National Park, USA, were among the first places Archaebacteria were discovered.

Like archaebacteria, eubacteria are complex and single celled.  Most bacteria are in the EUBACTERIA kingdom. They are the kinds found everywhere and are the ones people are most familiar with. Eubacteria are classified in their own kingdom because their chemical makeup is different.  Most eubacteria are helpful.  Some produce vitamins and foods like yogurt.  However, some eubacteria such as Streptococci can give you strep throat!

Mushrooms, mold and mildew are all examples of organisms in the kingdom fungi. Most fungi are multicellular and consists of many complex cells. Fungi are organisms that biologists once confused with plants, however, unlike plants, fungi cannot make their own food.   Most obtain their food from parts of plants that are decaying in the soil.

Slime molds and algae are protists. Sometimes they are called the odds and ends kingdom because its members are so different from one another.  Protists include all microscopic organisms that are not bacteria, not animals, not plants and not fungi.  Most protists are unicellular. You may be wondering why those protists are not classified in the Archaebacteria or Eubacteria kingdoms.  It is because, unlike bacteria, protists are complex cells.

The most common way to classify animals is by their phyla, or major body plan. There are 35+ animal phylums or phyla. Here is a shortlist of the most common ones:

There are seven main classes of animals:

Now that we know the animal classes, let’s move on to animal orders. This is where things start to get a little more specific. For example, all lizards are reptiles, but not all reptiles are lizards.

There are around 35 orders of mammals and over 50 orders of reptiles. here are a few examples of each.

Now we’re getting even more specific. Animal families are groups of closely related animals within an order. For example, the Felidae family includes all cats, from lions to house cats.

There are over 100 mammal families and over 200 reptile families. Here are a few examples of each:

We’ve covered animal families, let’s move on to animal genus types. A genus is a group of closely related animals within a family. For example, the Panthera genus includes all cats that can roar, such as lions, tigers, and jaguars.

There are over 100 mammal genera and over 200 reptile genera.

Here are a few examples of each:

Finally, we’ve arrived at animal species. A species is a group of animals that can mate and produce fertile offspring. For example, lions and tigers are two different species of Panthera.

There are over 5000 mammal species and over 9000 reptile species. Here are a few examples of each: 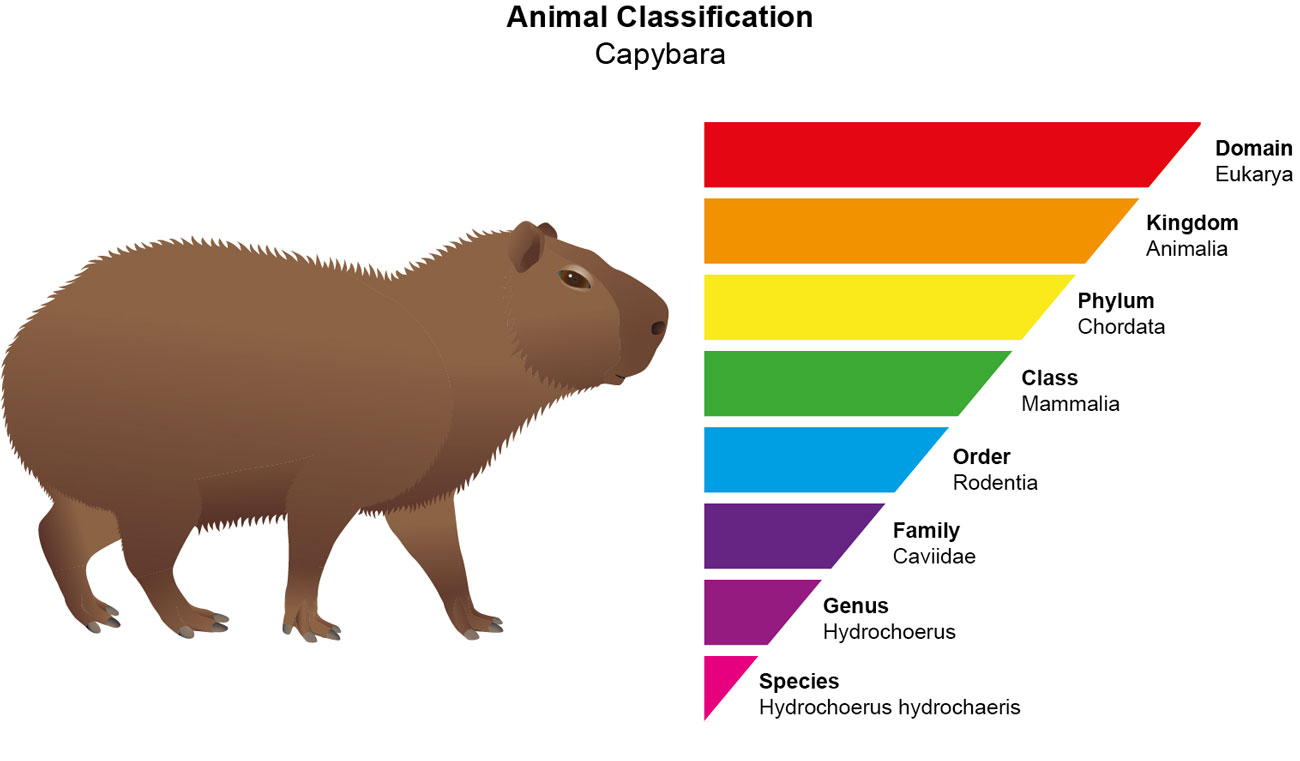 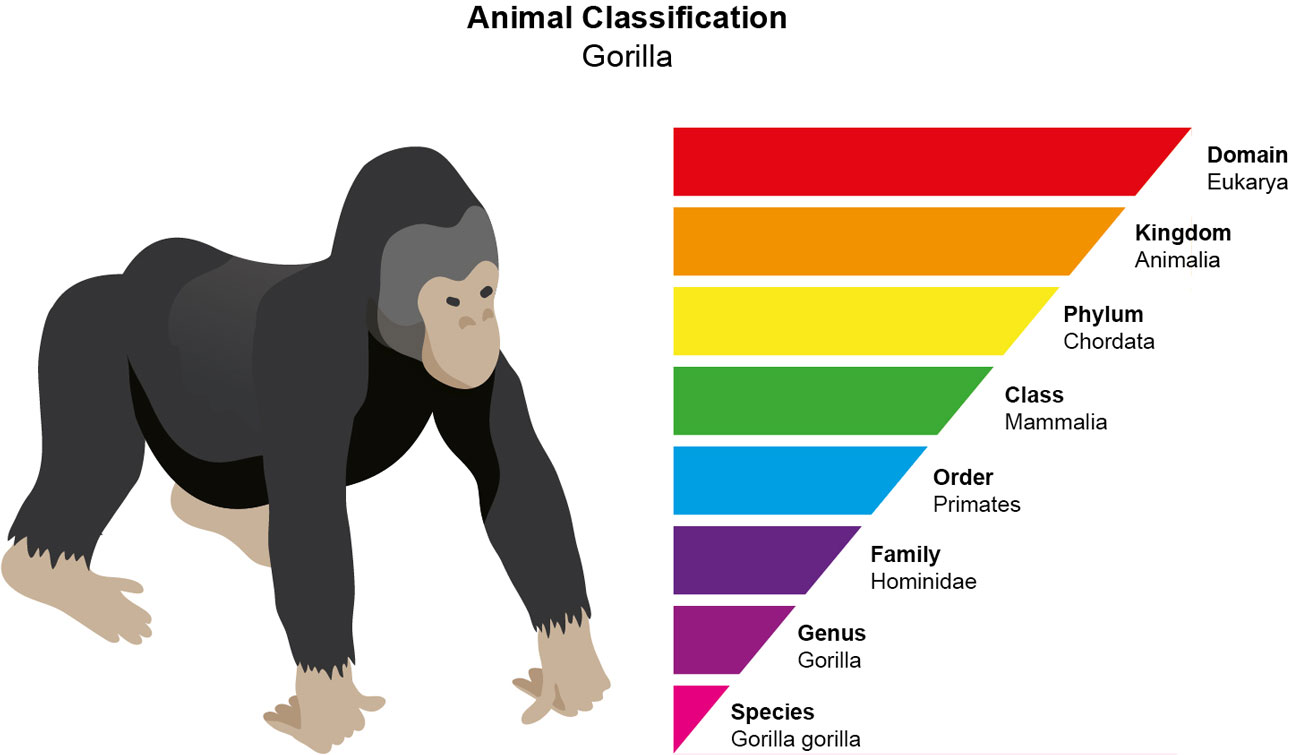 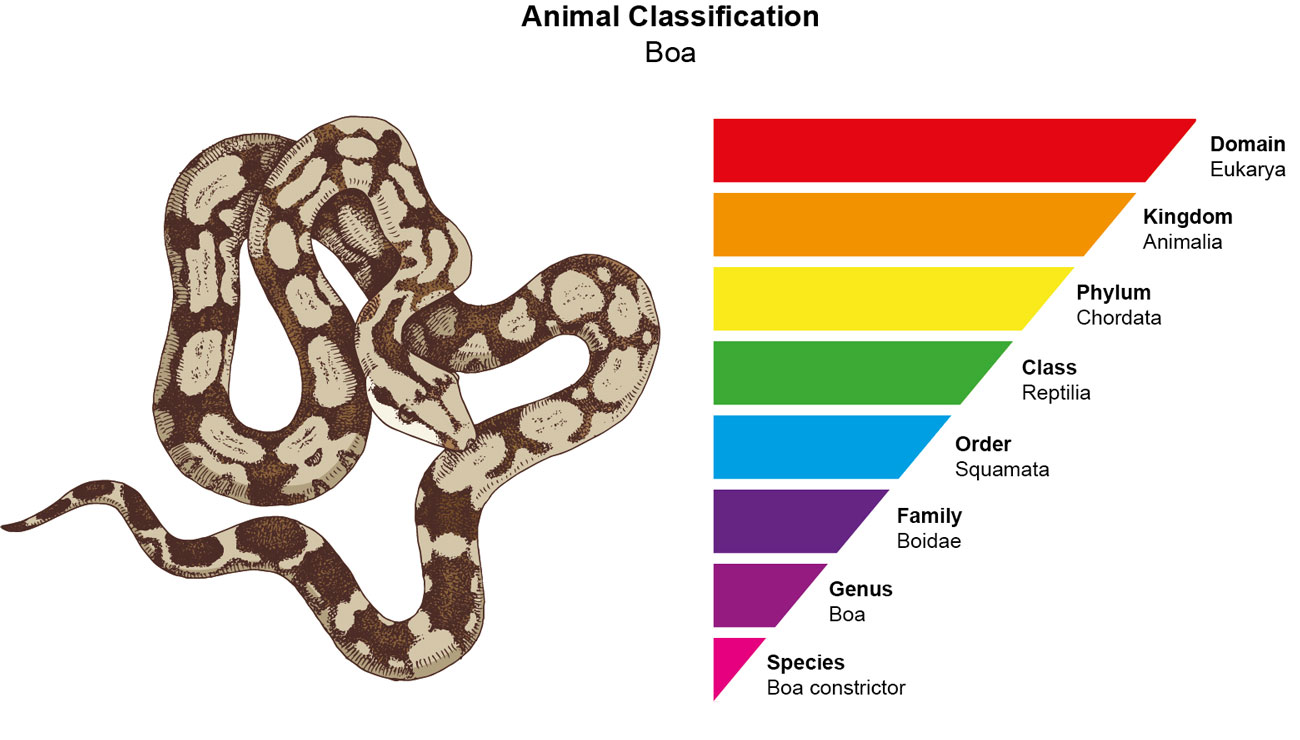