Daphne Major is an island just north of Santa Cruz Island in the archipelago Colon, commonly known as the Galápagos Islands. It consists of a tuff crater, devoid of trees, whose rim rises 120 metres above the sea. An intensive study of Darwin’s Finches was conducted here by biologists Peter and Rosemary Grant over a period of 20 years.

They examined the behaviour and life cycles of finches, with the results strongly supporting Darwin’s theory of evolution. The Grants spent six months of the year each year since 1973 capturing, tagging, taking blood samples and releasing finches from the islands. 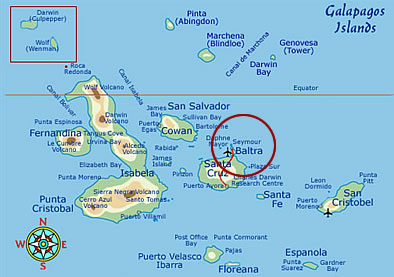