You are here: Home / Dinosaurs / Stegosaurus

Stegosauruses were generally 30 feet long and about 15 feet high. They generally weighed around 6,000 pounds. They are very identifiable by the large shield shaped plates coming out of his back. The plates stagger from the left side of the dinosaur’s body to the right side. There were blood vessels located if the shield shaped plates on the dinosaur’s back. These plates were intended to dissipate heat from the core of the animal. The Stegosaurus is a very large animal with a high arched back (the plates protrude from the top). The size of the stegosaurus’s head and brain is very small. The stegosaurus had very stocky feet.

The stegosaurus lived in the Jurassic period. This was 145 to 155 million years ago. Fossils have been found throughout Central United States (Colorado, Utah, Wyoming) and the only footprint came from Australia. 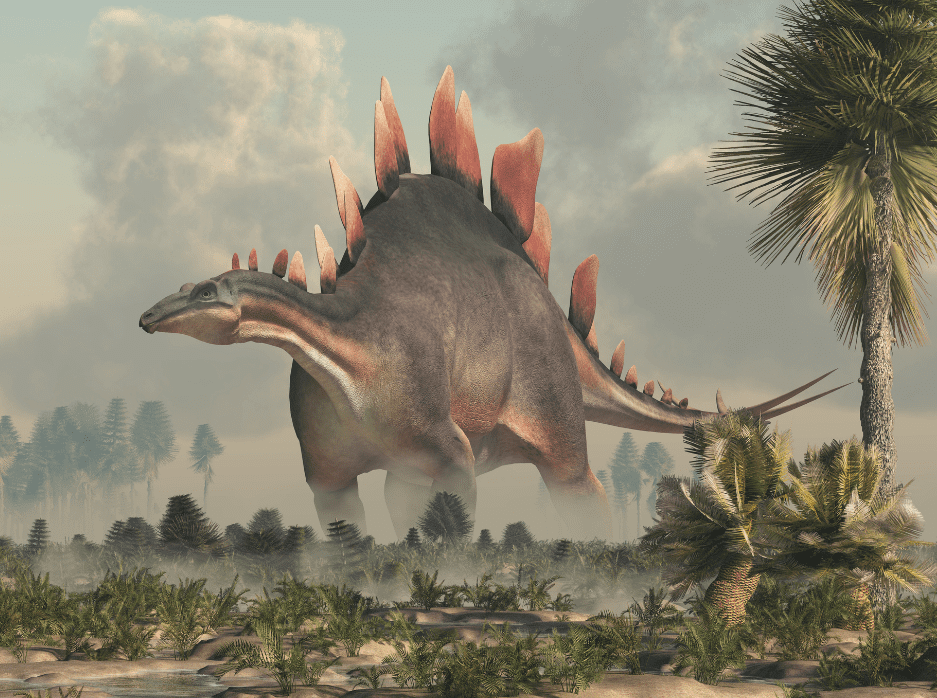