You are here: Home / Dinosaurs / Allosaurus

The Allosaurus has a name that literally means the other lizard. Possibly this was due to the fact that the first bones were discovered during the bone wars between Edward Cope and Othniel Marsh during the late 19th century in Wyoming and Colorado. What started as competition for prestige degenerated into a bitter feud where employees of both scientists staged attacks on each other.

Dinosaur bones were destroyed though underhanded means, with theft and bribery rife.

When success was measured in the weight of bones found, is it any wonder that that the Allosaurus simply became the other lizard?. 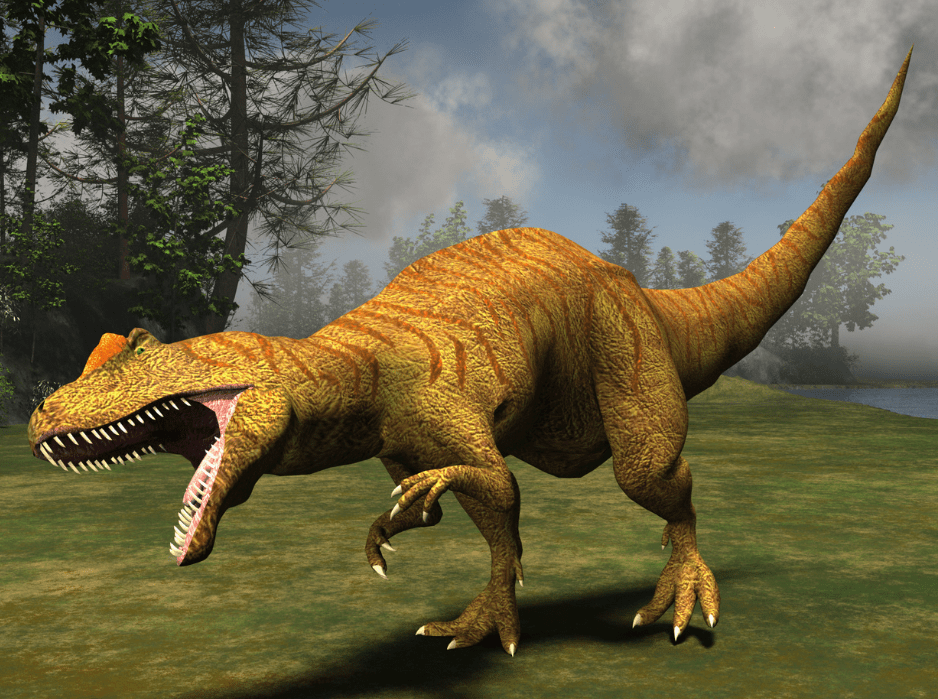 Allosaurus had short strong necks and a deep narrow body. The genus is characterised by two bony horns in front of the eyes and two lumps behind. These lumps and bumps were probably highly colored and when set upon a muscle bound beast that could reach twelve meters in length, five meters in height and possibly weighing up to two tonnes would crown a quite formidable creature.

Its eyes were relatively widely spaced so its binocular vision and depth perception cannot have been particularly keen.

Despite this, the allosaurus was a winning formula; a perfect predator for prey that were growing ever bigger.

Their arms were strong but short and both the arms and the legs would have had three toes. Allosaurus like all carnosaurs had large curved serrated teeth and a powerful bite.

These teeth were replaced throughout the allosauruses life and these fossil teeth are often found with the skeletons of herbivorous dinosaurs of the day such as sauropods and stegosaurus. The size of skull has been estimated in some cases, to measure around 33 inches for a beat 8 meters long. As is the case with nearly all reptiles the Allosaurus would have laid eggs.

It is not thought that Allosaurus lingered near the nest to protect or feed their young.

The Allosaurus was an active predator. This is known because bite marks have been found in the bones of prey with evidence of healing, indicating that the prey had managed to escape. This means that the Allosaurus attacked living creatures, rather than scavenging meals from dead ones. How the prey managed to escape alive with such injuries from such a vicious predator is another matter; possibly some other member of the herd was eaten instead. Another possibility is that the attacking allosaur became a victim of its intended meal; many predators of the age have been found with crushed bones from the strike of a stegosauruses sledgehammer blow, or from a sauropods whip like tail.

Allosauruses were the top predators of North America in the late Jurassic (similar species lived in Africa and Australia and their bones are amazingly common for a predator. Hundreds of skeletons have been found some of which have been like big Al amazingly preserved (compare this to the fact that less than 20 sets of bones have been found of the much more popular Tyrannosaurus). The Allosaurus is certainly a fabulous beast. 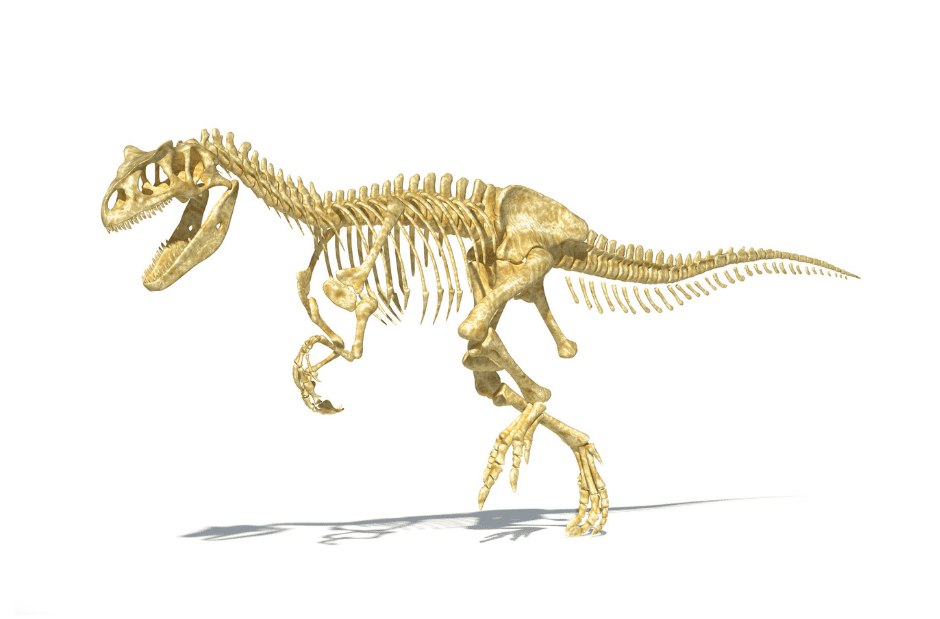 Until age 15, an Allosaurus would grow approximately 330 lbs per year.

Even with such a large head, the bite force of an Allosaurus was less than that of an alligator or even lion

The Allosaurus was the top predator in Sir Arthur Conan Doyle’s novel, The Lost World