You are here: Home / Dinosaurs / Apatosaurus

The Apatosaurus is the new name for Brontosaurus (which is this dinosaur’s popular title and the one that most people will know it by).

At most the Apatosaurus could only hold its head up about 17 feet off the ground. However, the Apatosaurus was 70 feet long. It was among the largest of the dinosaurs. This large dinosaur tipped the scales at a staggering 80 thousand pounds (or 36,000 kg for the Europeans out there). The dinosaur resembles a smaller brachiosaurus, however, its neck stayed vertical to the ground for the most part. 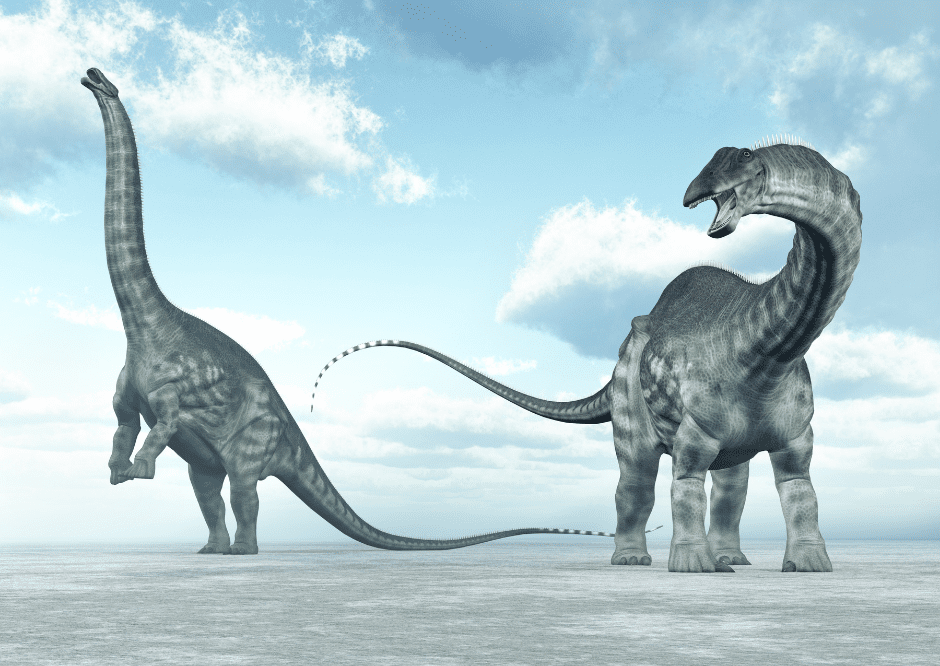 The neck of this dinosaur was very inflexible and it has been said that the dinosaur generally could not have raised its neck very far off of the ground.

This is due to the poor blood flow this animal would have had. If it was able to raise it’s head straight up it’s heart wouldn’t have been able to pump blood to the head, thus killing the dinosaur over time.

The rocks would then essentially “chew” the food. The Apatosaurus would most likely use its neck to split through trees. Or it’s neck may have been used to eat out of marshy areas that the Apatosaurus couldn’t have traveled into, so it reached it’s head in. The Apatosaurus was very low on the scale of intelligence in the dinosaur kingdom, and most likely moved very slow. The Apatosaurus was so large that, unlike most other dinosaurs, it had trouble staying cool (versus staying warm) and spent most of its time under a forest canopy or partially in the water.

Apatosaurus fossils have been found in Arizona, Colorado, Utah, and Wyoming, United States. They probably lived here because of the mass of vegetation that would have been found here that long ago. No beds have been found which contain a significant number of Apatosaurus skeletons therefore it is theorized that they did not travel in herds (unlike what the land before time may have alluded to).

The Apatosaurus lived during the late Jurassic Period, about 157-146 million years ago. There was a minor mass extinction toward the end of the Jurassic period. During this extinction, most of the Apatosaurus’ would have died out.

The apatosaurus probably had lips like that of a moose or a horse.

Many early scientists believe that the neck of the apatosaurus was so large so that it could traverse large lakes, however it has been proven that the body of the animal would crush under that much pressure.