You are here: Home / Dinosaurs / Brachiosaurus

The Brachiosaurus was the largest, heaviest, and among the least inteligent dinosaurs found to date. This massive dinosaur could weigh anywhere between a staggering 60 thousand to an unbelievable over 170 thousand pounds (That is roughly 48 mid sized cars). The Brachiosaurus walked on four legs and oddly enough the front legs were actually longer than the back. This is a rare exception in the dinosaur kingdom. The Brachiosaurus had a large body with a very long neck that peaked with its egg shaped head. It was very possible that the Brachiosaurus could not keep its head up for a long period of time because it is unlikely that the heart of such an animal could transfer blood that far. 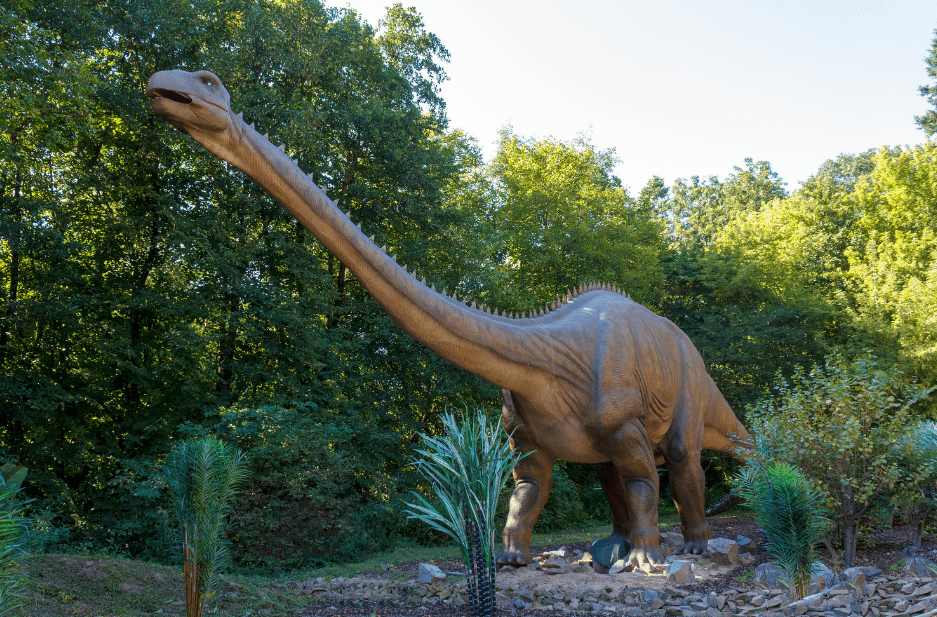 The Brachiosaurus was a herbivore (plant eating dinosaur). Just to sustain its mass it could have had to eat 400 pounds a food a day (see Did you Know?). The Brachiosaurus was among the dumbest dinosaurs in the animal kingdom. It most likely defended from predators by simply smashing them, because they had no other primary defense. However, it is more likely that predators would simply find another prey. Brachiosaurs had about 50 teeth in their mouth and had very large nostrils indicating a good sense of smell.

Brachiosaurs lived throughout the late Jurassic period about 145-155 million years ago. Fossils of Brachiosaurs have been found in North America (Colorado) and Africa. If the Brachiosaurus were to fully submerge itself into the water (like many believed in the past), it would crush itself, therefore the new consensus is that the Brachiosaurus was a terrestrial animal.

At first it was assumed that the brachiosaurs spent most of its time in the water, to account for its massive weight. However, it couldn’t go very far into the water because it would get crushed.