Meat-eating dinosaurs are some of the most fascinating creatures that ever roamed our planet. These prehistoric beasts were the top predators of their time, and their diets were based mainly on meat.

Carnivorous dinosaurs were the top predators of their time. They hunted other animals for food, and their diets consisted mainly of meat. Carnivores typically had sharp teeth and claws that they used to kill and eat their prey. Some carnivores, like the Tyrannosaurus Rex, were also equipped with powerful jaws that could crush bones.

Scavenging was also a common feeding method for carnivorous dinosaurs. They would often eat carcasses that had already been killed by other predators. Scavenging was a risky behavior, as carnivores could easily become the prey themselves if they were not careful.

Carnivorous dinosaurs were some of the most feared creatures of their time. They were often large and intimidating, and they could do a lot of damage with their sharp teeth and claws. carnivores were an important part of the ecosystem, and they played a vital role in keeping populations of other animals in check.

What was the largest of the Carnivorous Dinosaurs?

The Spinosaurus was a carnivorous dinosaur that lived during the Cretaceous period. It was the largest carnivore of its time, and it had a diet that consisted mainly of fish. Spinosaurus had a long and narrow snout, which was perfect for catching fish. It also had sharp teeth and claws that it used to kill its prey. 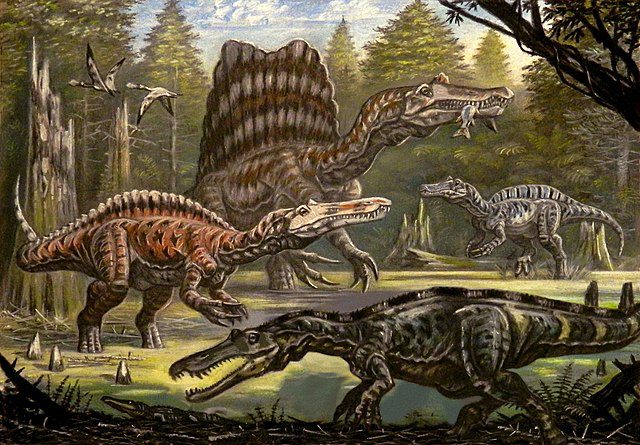 What was the smallest Carnivorous Dinosaur?

Compsognathus was a small carnivorous dinosaur that lived during the Jurassic period. It was about the size of a chicken, and it had a diet that consisted mainly of small vertebrates and carrion. Compsognathus had sharp teeth and claws that it used to kill its prey.