You are here: Home / Dinosaurs / Edaphosaurus

The Edaphosaurus resembled much of what people would believe today to be a “dinosaur”, however it lived during the Permian period (about 260 million years ago) which is before most dinosaurs. It was very similar to the Dimetrodon in its appearance, except there were generally smaller.

They were about a foot shorter than their cousin the Dimetrodon; about 8 feet long. Like most lizards in order to walk, its body moved from side to side. This is a characteristic of animals with legs on its side rather than under it. The Edaphosaurus also had a sail on it’s back, but it was smaller and shaped differently than that of the Dimetrodon. 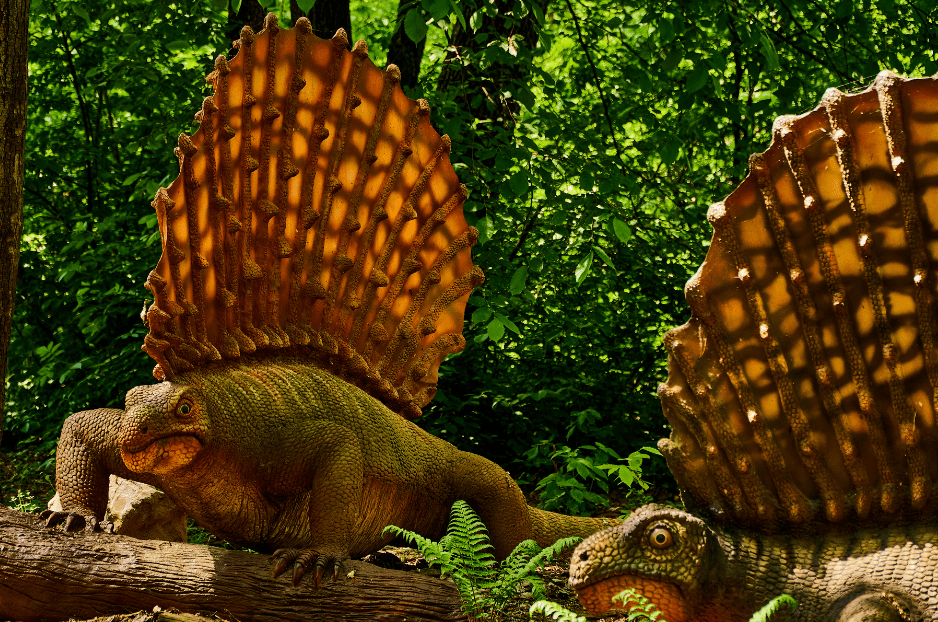 Edaphosaurus were most active during the day. They were cold blooded animals which meant that their temperature was regulated by external factors (the sun, wind, rain). To get warm during the day these animals would tilt their “sails” towards the sun, and the blood going through this sail would heat up. Edaphosaurus were herbivores, meaning they only ate plants. This is evident in the teeth of the animal. Their teeth were much flatter than that of the Dimetrodon, and its skull was much shorter overall which indicates they had smaller jaw muscles. The Dimetrodon’s skull was larger because of its big jaw muscles, and its sharp teeth that were used for shearing meat.

Edaphosaurus fossils have been found in Russia, Eastern Europe, and the United States. In the U.S. they were found in Texas and Oklahoma. They were found so far apart because 250 million years ago the Earth’s surface was vastly different then it is now. The continents were all pushed together, and animals could easily span several continents. These dinosaurs lived throughout the Permian period, about 300-250 million years ago.

The Edaphosaurus sail was smalller and thicker that that of the Dimetrodon.