You are here: Home / Dinosaurs / Pachycephalosaurus

Pachycephalosaurus are most widely known for their very thick skull roof. The bone on top of its head was close to ten inches thick, and was probably used for defense. Pachycephalosaurus would probably use the top of their head much like a modern day ram would use its horns. Around this thick bone area above its skulls were dull spikes; it has not been discovered what these were used for. Pachycephalosaurus were medium sized bipedal (walked on two legs) creatures. They were roughly fifteen feet long, and probably weighed somewhere between 750 and 1000 pounds. It’s hard to determine the description of this dinosaur because the best preserved aspect is its head. 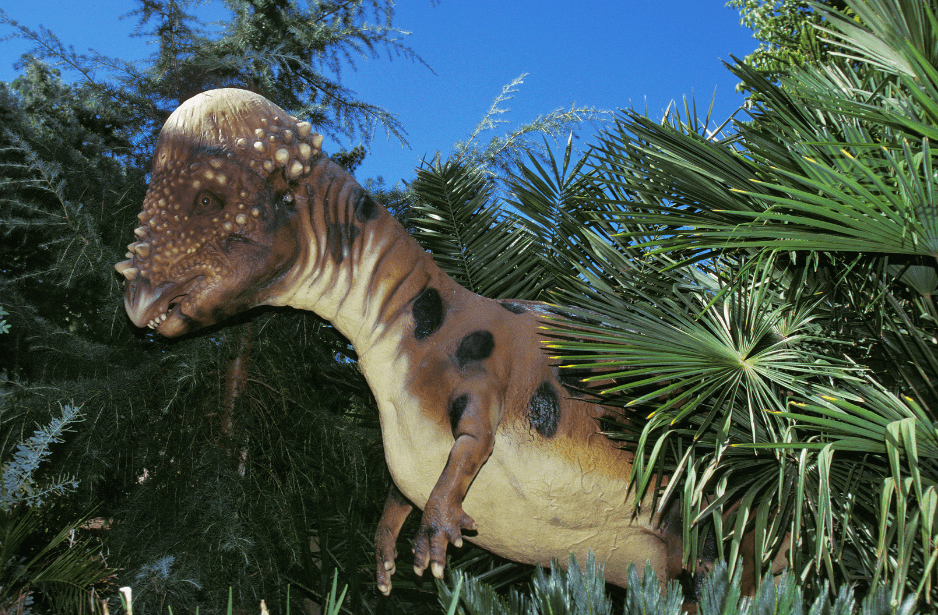 The teeth of the pachycephalosaurus were very small, so it most likely fed on food such as berries, leafs, and other soft shrubbery. It is very unlikely that this dinosaur was a meat eater, but it is not completely certain that it wasn’t. It is unlikely that pachycepalosaurs would ram each other between competitors in mating. This is because it has now been found that if they would likely die if rammed each other in this fashion. The pachycephalosaur was probably a herding animal, and its thick skull was probably used to show the dominant animal in the pack. These animals were likely not very fast.

Pachycephalosaurs have only been found in the United States until now. Many fossils of the skulls of these dinosaurs have been found, but there are only a few complete specimens. 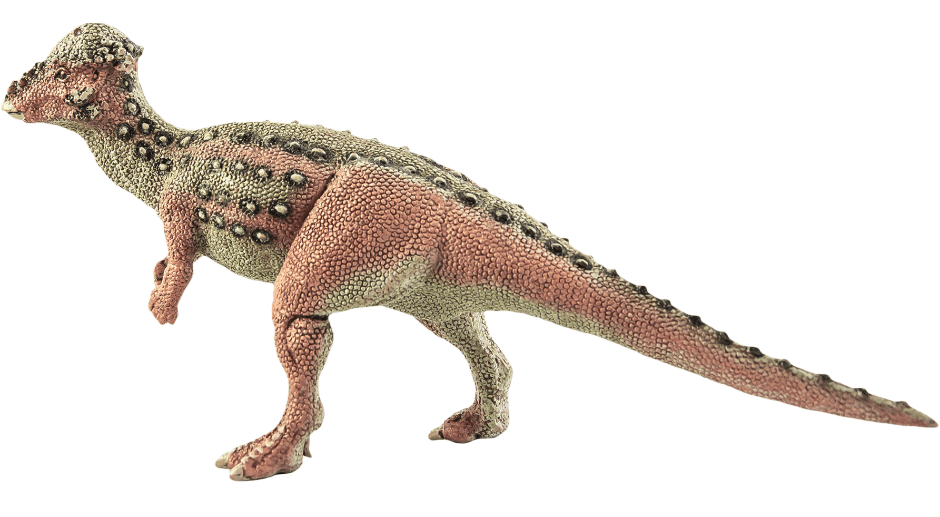 The roof of the pachycephalosaur’s skull was up to ten inches thick.

It was once thought that pachycephalosuars once rammed each other like modern day big horned sheep, however this would most likely kill the animal.