You are here: Home / Dinosaurs / Pterodactyl

Pterodactyl basically meant winged lizard. The term Dinosaurs refer to strictly to animals that walk on land, so technically the Pterodactyl is a mammal, but since it was a flying reptile during the time of dinosaurs it is good to understand the Pterodactyl. The wings were attached to the very long forth finger on each of its arms. The wings on a pterodactyl could be up to 40 feet long. 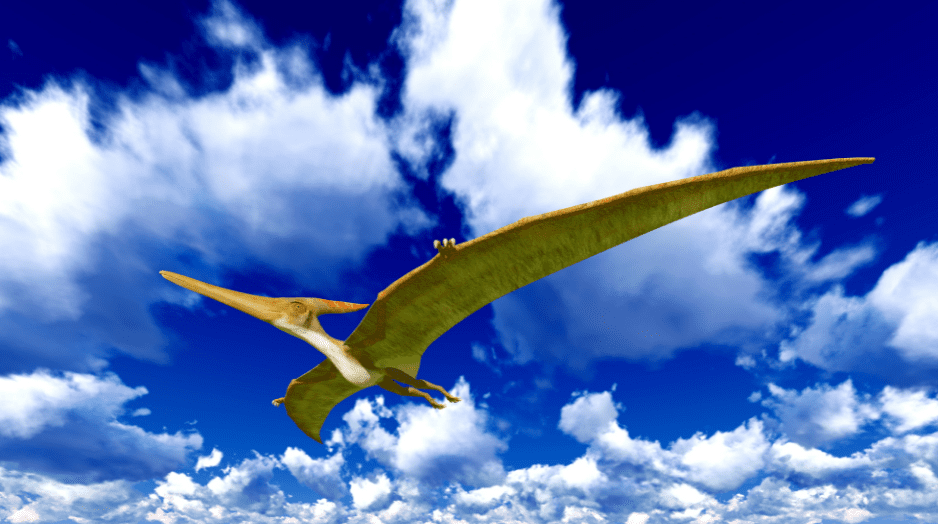 The pterodactyls tended to live in caves and trees. They ate large insects and lived near the sea. The leathery material over their long arms caused them to be able to fly quickly. They were one of the only flying reptiles during the period of the dinosaurs. The wings of a pterodactyl are not like that of a bird. Pterodactyls had 4 “fingers” and three of them would end at about half of the wing. The last finger would extend out to the very end of the wing.

Pterodactyls lived throughout the cretaceous and Jurassic time periods. Pterodactyl fossils have been found throughout Europe, North America, Austrailia, and Africa. 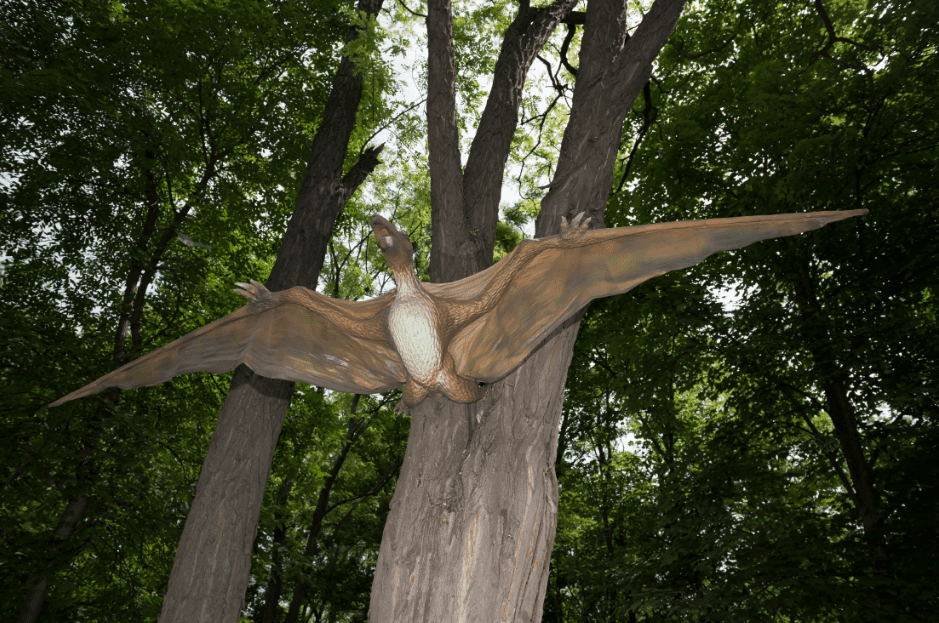 The wings of a Pterodactyl were made of a leathery substance.

Pterodactyls are technically not dinosaurs.

Some pterodactyls had a coat of fur.