You are here: Home / Dinosaurs / Spinosaurus

The spinosaurus was the largest of all meat eating dinosaurs. They were roughly 50 feet long and 20 feet high, that is much bigger than the Tyrannosaurus Rex. They weighed up to possibly 18 thousand pounds. 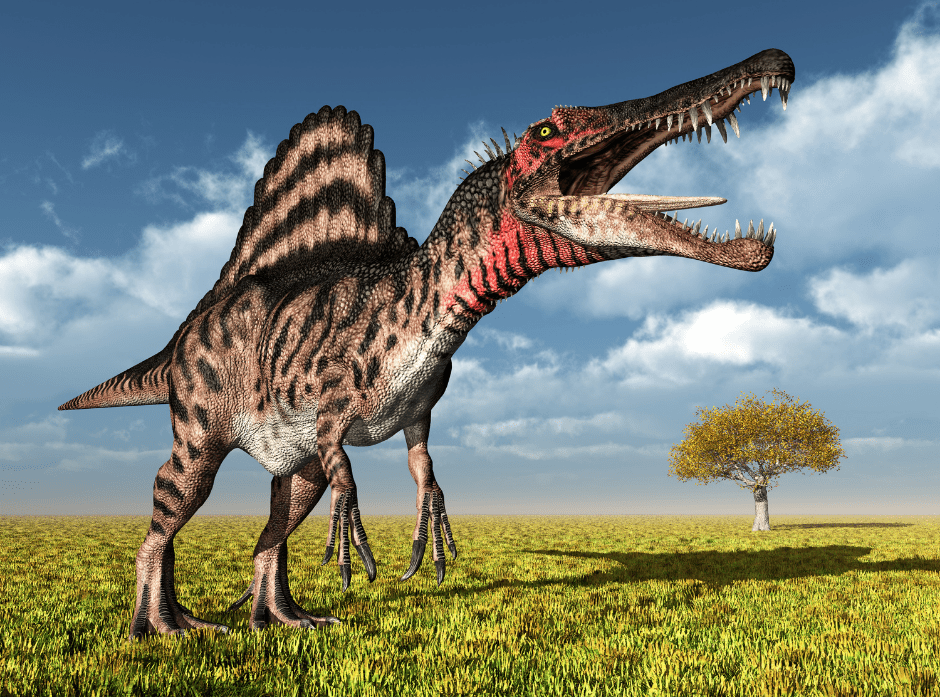 Their name comes from the giant spine that protruded out of their back. The spines which came out of the back of the dinosaur’s vertebrae oddly resembled a sail. Similar to the plates coming out of the back of a stegosaurus, the spine probably diffused heat creating a controlled climate in its body. The spinosaurus walked on its two feet, and hand small front arms. The arms, however, were unlike most other dinosaurs of this stature. They were longer, which possibly enabled the spinosaurus to walk on all fours at times.

Spinosaurus fossils have been located around Egypt and in Africa. There has even been found remains of an Iguanodon inside of a spinosaurus. They lived in the middle cretaceous period, around 95 million years ago.

The Spinosaurus was in fact the largest of all meat eating dinosaurs. They were vicious and could probably take down some of the huge herbivores of the time.

Spinosaurus achieved widespread fame as the main antagonist in Jurassic Park III. It is portrayed as larger, more powerful and more vicious than Tyrannosaurus, epitomized by a scene in which the two resurrected predators battle and Spinosaurus emerges victorious by snapping the rex’s neck, establishing itself in the movie as the new main predator.