You are here: Home / Dinosaurs / Velociraptor

The velociraptor was a speedy meat eating dinosaur. They were about 6 feet long, 2 feet high, and weighed roughly 45 lbs. They had a unique S curve neck that would go out from the body and up to its head. The head, which is egg shaped, was generally 9 inches long. The legs of the raptor were very thin allowing it to run at high speeds. The raptor stood on two feet, and probably could jump good distances. 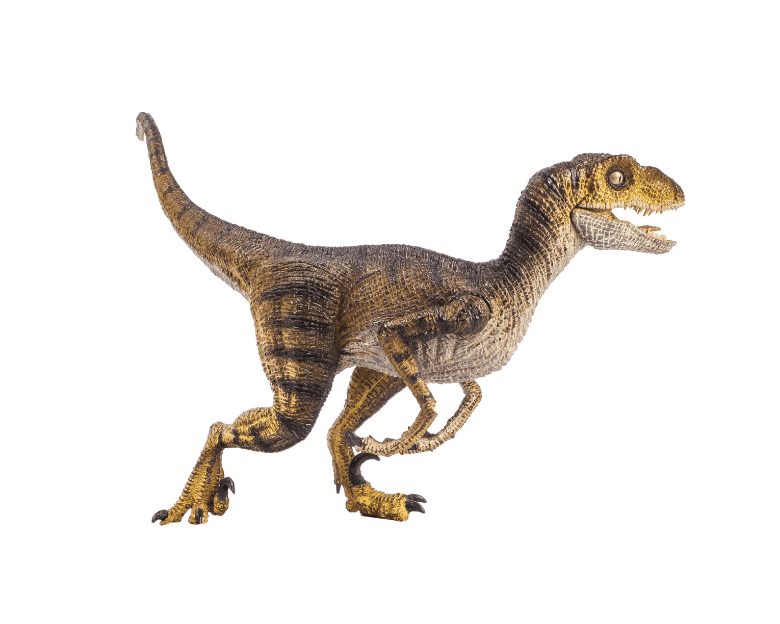 This raptor could run up to 40 mph in short bursts. This speed gave the velociraptor easy access for its prey. The raptor’s tail acted as a counterbalance enabling very fast turns. Raptors used their sharp, 4 inch claws to tear away at its prey. They had about 30 razor-sharp teeth on each side of their mouth (60 total). The raptor would tend to eat slower, plant eating animals such as the [[protoceratops]] and other herbivores. The small nature of this animal forced it to hunt in packs, much like wolves. The velociraptor was one of the smartest animals in the dinosaur kingdom. 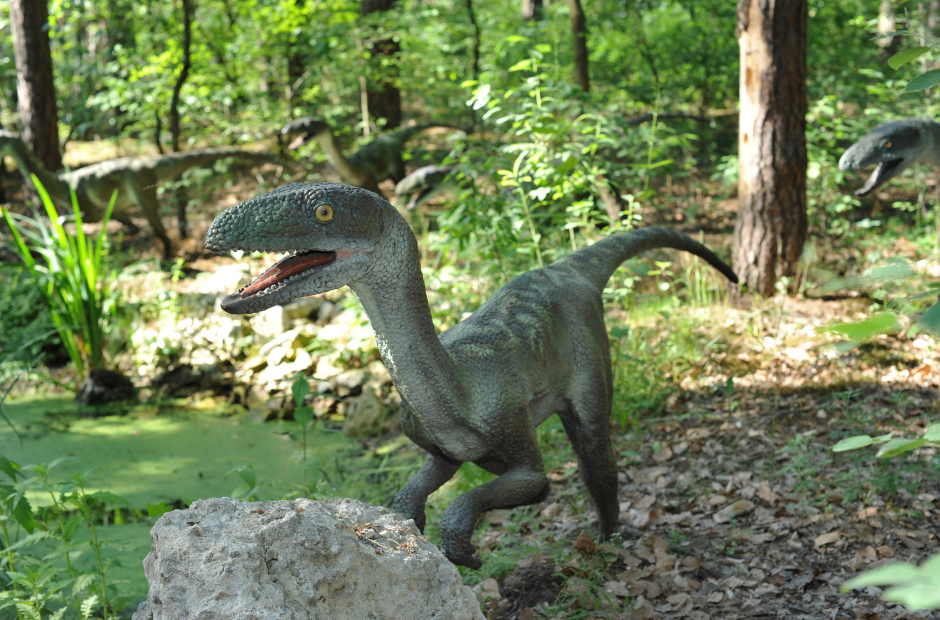 The velociraptor lived in the crustaceous period, which was about 80 million years ago. The velociraptor tended to live in hotter climates. A desert climate near fresh water (much like Southern California) is where most raptors would tend to live. Raptor fossils have been found in Eastern Asia, specifically Russia, China, and Mongolia.

Unlike popular culture tells us, the velociraptor was covered mostly in feathers, not scales. It was also a very short animal, only standing 2 feet tall (about the size of a standing 1-year old human).

The “raptors” portrayed in Jurassic Park were modeled after a slightly larger relative, Deinonychus, which some scientists at the time called Velociraptor Antirrhopus.