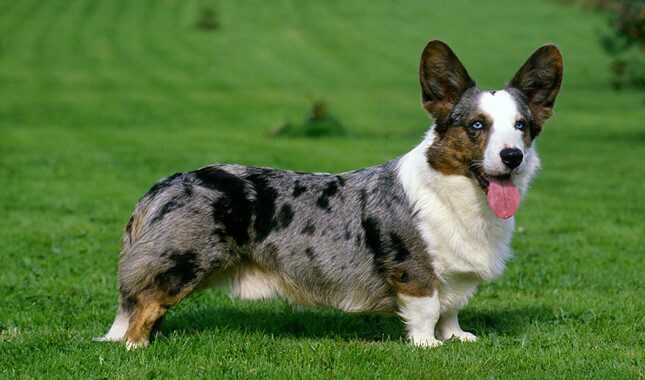 The Cardigan Welsh Corgi can be distinguished from the Pembroke Welsh Corgi by its brush-like tail and very long body. The Cardigan is often referred to as ‘the Corgi with the tail’.

These Welsh Corgi dog breeds have fox-shaped faces and medium-to large-sized ears that are erect and rounded. The Cardigan is a tough and lively small dog with a medium-length double coat and a thick bib of fur in front of the dog.

These Corgis can range in color from red, brown, black, blue merle to tricolor. The bib is usually white. Cardigans are surprisingly heavy for a small dog.

The breed weighs from 25 to 35 pounds and stands 10 to 12 inches tall at shoulder height.

History of The Cardigan Welsh Corgi

The Cardigan is thought to have originated in early 13th century Wales from the same ancestors that produced the Daschund and a Swedish Spitz-like dog. Welsh Corgis were used to herd cattle, guard the farm and hunt rats and other small animals.

The Cardigan was ranked 85th out of 154 dog breeds in 2004 AKC registrations.

Temperament of a Cardigan Welsh Corgi

The Corgi has enough courage and intelligence to learn to do anything it is taught. Since the Corgi is also vigilant and somewhat territorial, it requires early socialisation and obedience training. 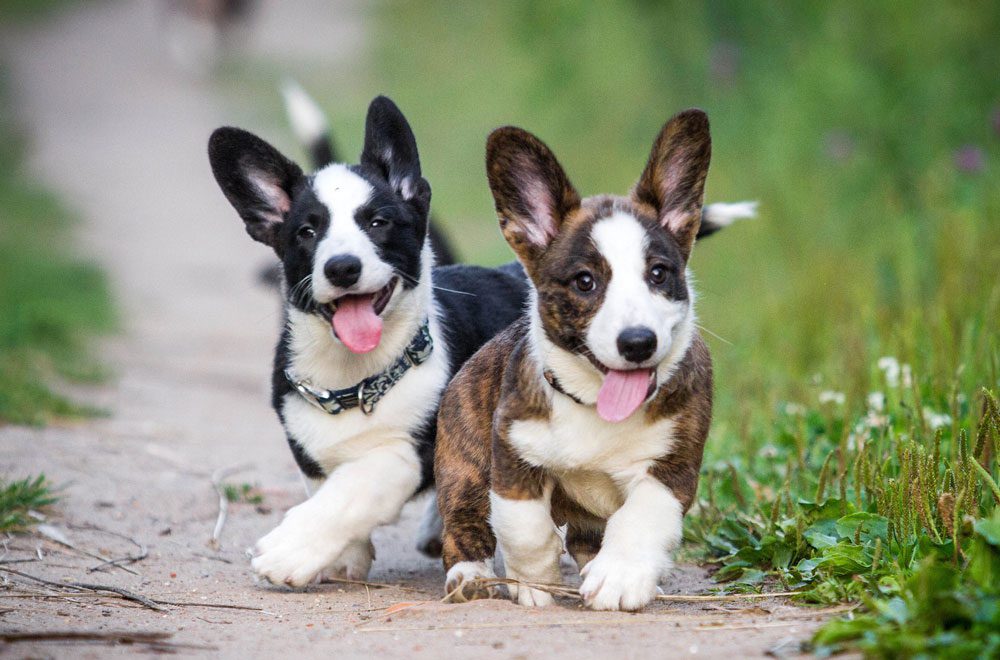 The hardworking breed can also be trained for agility or advanced obedience training. The Corgi will love the extra attention and work. The Corgi is fine with older children and house pets but territorial with strange cats and dogs.

The Cardigan is loyal and makes a good family pet and companion. Cardigans are naturally suspicious and make good watch dogs.

The Cardigan doesn’t need lots of exercise but does enjoy exercise and attention. The Corgi is happy being a ‘couch potato’ in front of the television and adapts quite well to apartment living. Corgis need exercise to keep healthy and trim.

The Cardigans require occasional grooming to remove dead hair. The breed is a moderate shedder.

Corgis have a fairly long life expectancy of 12 to 15 years and have few common health problems.