The Keeshond is the quietest and least dominant member of the Spitz family of dog breeds. Keeshonden are attractive, medium-sized dogs with compact and powerful bodies. The Kees have a profuse, fairly long and harsh outer coat that stands out from the body. 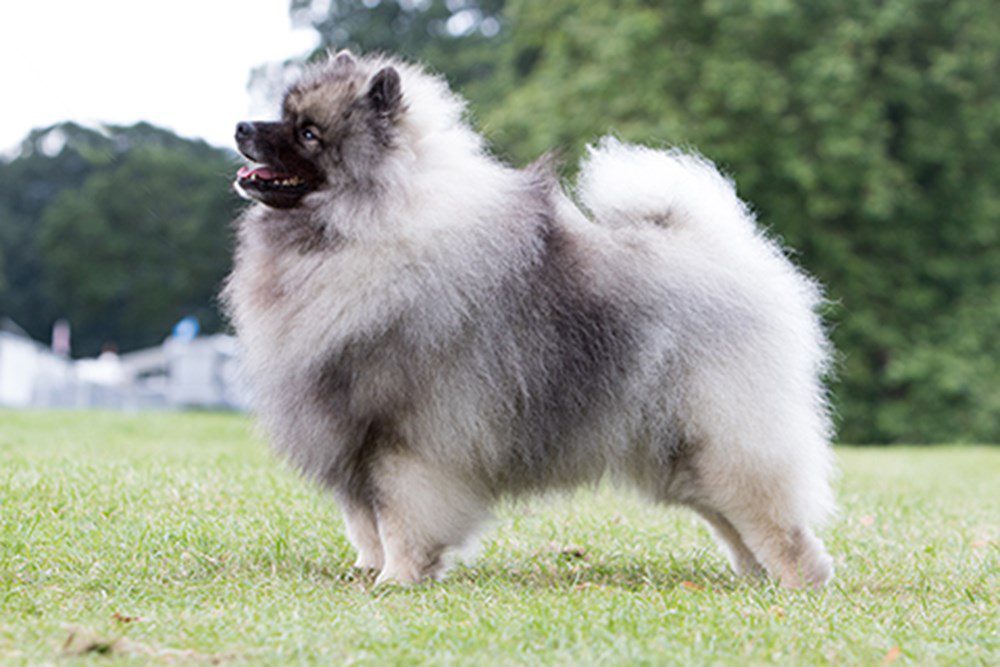 The undercoat is soft and dense. The Kees has a fox-like head with an abundant ruff around the neck. Keeshonden usually have grey and black outer coats with cream undercoats. Keeshonden stands 16 to 19 inches tall at shoulder height and weighs 35 to 50 pounds.

The Kees are members of the American Kennel Club (AKC) Non-Sporting Dog Group.

History of The Keeshond Dog Breed

Keeshonden were developed in The Netherlands where they were used to guard canal boats and became known as ‘Dutch Barge Dogs’. A larger variety of the Kees was also developed and is known as the ‘Wolfkeeshond’.

Temperament of The Keeshond Dog Breed

The Kees is a cheerful, friendly and easily managed dog with a great personality. Keeshonden love their families and adapt well to other pets and children. Kees are incredibly patient with children but are somewhat reserved with strangers.

The Keeshond is a lively and active dog that can be kept in the city if it gets enough exercise. The Kees has a characteristic ‘grin’ or ‘smile’ when it shows its teeth to signify that it is happy. Keeshonden are intelligent and eager to learn and can be trained to a good level of obedience.

The Kees can be somewhat shy so early socialisation while a puppy will be advantageous. Keeshonden make good watchdogs. The breed does well with novice or first-time dog owners.

Keeshonden are lively, active dogs that need regular exercise. The Kees don’t do well in hot and humid weather and much prefer cooler weather. Keeshonden enjoys participating in family activities and outings.

Keeshonden should not be over-brushed, so once per week should suffice. Daily bushing will be required when the Kees is undergoing his twice-per-year shedding. Avoid bathing the Kees’ coat as this will make the outer hair too soft.

Keeshonden have a life expectancy of 12 to 15 years and are generally fairly healthy. Some common health problems are hip dysplasia, heart disease, and eye problems..