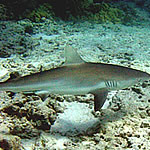 The Galapagos shark (Carcharhinus galapagensis) is a type of Requiem shark, in the family Carcharhinidae. They are found worldwide, usually in groups, and prefer clear reef environments around oceanic islands, where they are often the most abundant species of shark. The Galapagos shark was named after specimens found near the Galapagos Islands in 1905.

The Galapagos shark is a large shark, and one that has been known to be aggressive towards humans. There’s lots to learn about these interesting animals so, if you want to find out more, keep reading on. 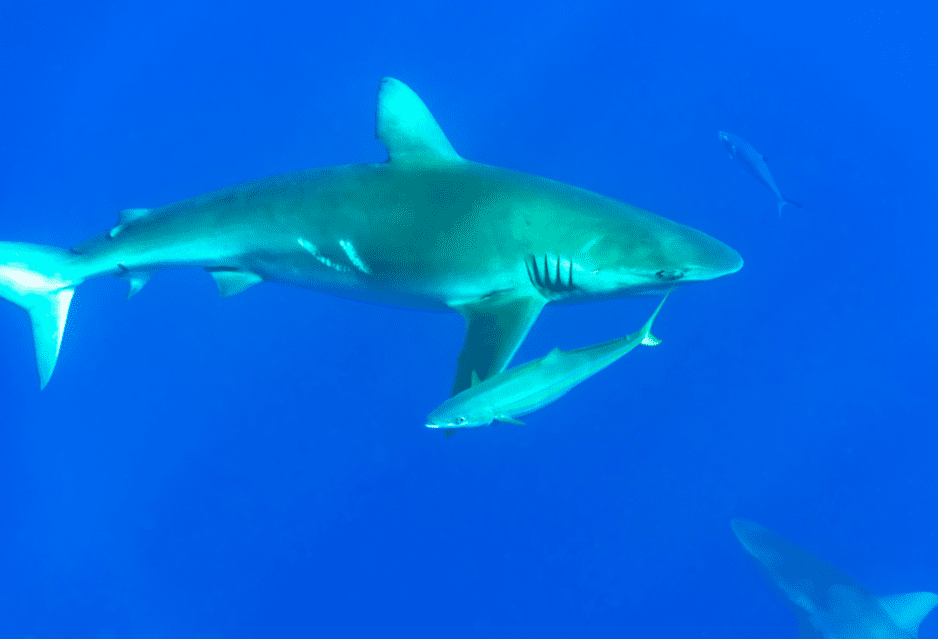 Galapagos sharks are large sharks, with a maximum length of 3 meters (9.8 feet) and a height between 50-80 cm at birth. They can weigh up to 85.5 kg. Their large body helps them cross open waters around oceanic islands.

These sharks have a slender, streamlined body typical of the requiem sharks and are brownish gray in color. They have pale white stripe on the side of their body, and a broad and curved snout, with indistinct anterior nasal flaps. The Galapagos usually have 14 teeth rows on either side of both of their jaws, plus one tooth where the jaw halves meet. The teeth in the upper jaw are jagged and triangular, and the teeth in the lower jaw are narrower. Their mouth is wide enough to eat a human body.

It is estimated that the cruising speed of Galapagos shark is around 3.2k/hr.

The lifespan of a Galapagos shark is around 24 years.

Galapagos sharks feed mostly on benthic bony fishes (including eels, sea bass, flatfish, flatheads, and triggerfish) and octopuses. They also occasionally eat surface-dwelling prey such as mackerel, flyingfish and squid, although they usually hunt near the sea bottom.

As the shakes grow larger, they eat rays, crustaceans and smaller sharks, including those of their own species. They are also known to eat indigestible items such as leaves, coral, rocks, and garbage.

Behavior Of The Galapagos Shark

However, although there have been recorded incidents with humans, Galapagos sharks are less dangerous than many other types of sharks. You could go scuba diving with these animals, and there should be little risk, as long as you are sensible. It is advised you watch them from a distance and don’t dog them for food.

They are known to approach close to swimmers, showing interest in swim fins or hands, and are drawn in large numbers by fishing activities.

The Galapagos shark is ovoviviparous and displays a viviparous mode of reproduction. This means that they produce living young, with a normal litter size between 4 to 16 pups. They don’t reach reproduction age before 10 years old and their gestation period is about a year long. Females will usually bear young once every 2–3 years.

The Galapagos shark mating season is early in the year, usually between January to March. Males are known to bite females during courtship, and females often carry scars around their grills, fins and body from biting by the males during mating. 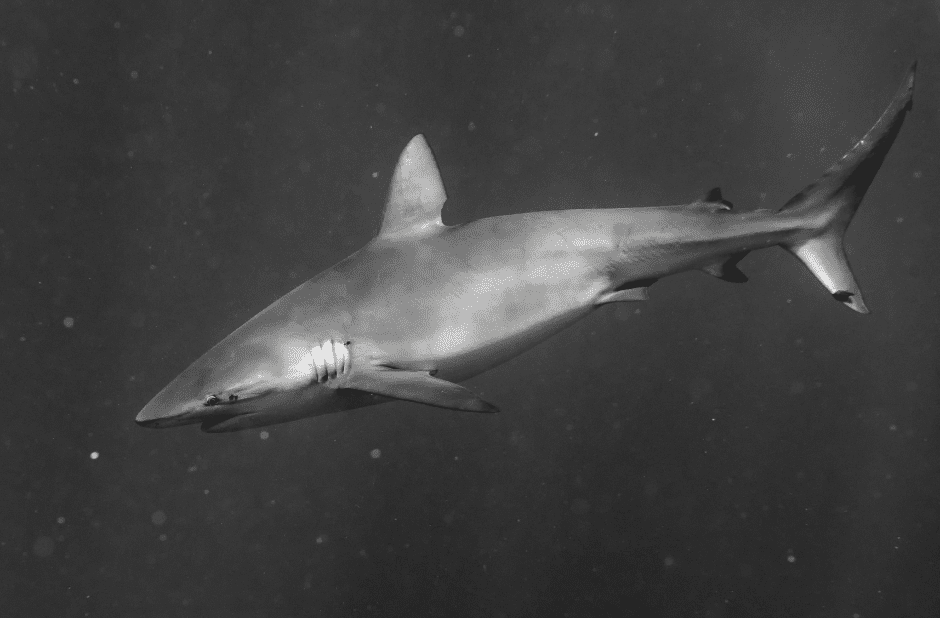 The biggest predator of the Galapagos shark is the Tiger shark. When these animals feel threatened by the Tiger shark, they arch their backs, over their pectoral fins and swim in figure eight loops. The shark may also swing its head from side to side, so as to keep the perceived threat within its field of vision.

During group interactions, Galapagos sharks are dominant to blacktip sharks but deferent to silvertip sharks of equal size.

The Galapagos shark prefers to reside in clear, tropical waters, being widely seen in tropical oceanic islands that includes Pacific Ocean, Indian Ocean and Atlantic Ocean. They like rugged reef habitats with clear water and strong converging currents. They are also capable of crossing the open ocean between islands.

Although the Galapagos shark is known to occur around the world, it is commonly encountered where it was first recorded at the Galapagos Islands of Ecuador. These sharks are often observed on Gordon Rocks off the North coast of Santa Cruz.

There have also been some sightings of the Galapagos shark in continental waters off eastern Australia, the Iberian Peninsula, Baja California, Guatemala, and Colombia. So, these sharks really do live all over!

The Galapagos has been recorded at least 31 miles from land, with adults being recorded living as deep as 590 feet. Juvenile Galapagos sharks rarely venture further than 82 feet. These sharks are not capable of surviving within small spaces like aquariums.

Galapagos sharks are not considered endangered but are listed as close to susceptible on the IUCN Red list of threatened species. This is because they are an easy target for fisheries and they have a slow reproduction rate.

The Galapagos shark is caught commercially, and the meat is said to be of excellent quality. There is also a large demand for shark fins in the Chinese market.

When needed, the Galapagos shark can push their entire stomach out of their body through their mouth! This allows them to purge their stomach contents quickly if they have eaten something they shouldn’t have, and give their stomach a quick rinse before sucking it back inside.