You are here: Home / Archives for Accipitriformes

The Accipitriformes are a large orders of birds that includes most of the diurnal birds of prey, such as eagles, hawks, kites, harriers, and Old World vultures.

These birds have powerful hooked beaks for tearing flesh from their prey, strong legs, keen eyesight, and sharp talons.

The order Accipitriformes also includes the New World vultures, which are not closely related to the Old World vultures of Europe and Asia. The New World vultures are carrion-eaters, and have a bare head with a hooked beak. They are not as strong on the wing as the true raptors, and are generally found near bodies of water where they can easily find their next meal.

There are about 233 species of birds in the Accipitriformes, divided into four families:

The Cathartidae are the largest family in the order, with about 70 species. They are found in North and South America, and include the turkey vulture, black vulture, and the king vulture.

The Pandionidae are a small family of only five species, found in the Americas and Eurasia. These birds have long, narrow wings and very short tails. They feed primarily on fish that they catch by swooping down from high above the water's surface.

The Accipitridae are the largest family in the order, with over 140 species. They are found on every continent except Antarctica, and include eagles, hawks, kites, harriers, and Old World vultures.

The Sagittariidae is a small family of only two species, found only in Africa. These birds are quite different from the other bird of prey families, with a long tail, and long legs for hunting on the ground. They feed primarily on insects and carrion. 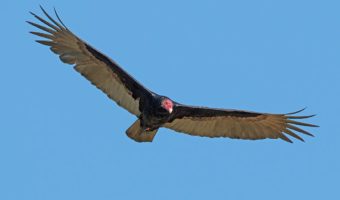 The Turkey Vulture (Cathartes aura) has a featherless red head and the flight feathers are a silvery gray. Turkey Vultures have a naked head. This prevents any feathers on the head from getting fouled by the carrion that they eat. Head feathers are very difficult to clean. Early … END_OF_DOCUMENT_TOKEN_TO_BE_REPLACED 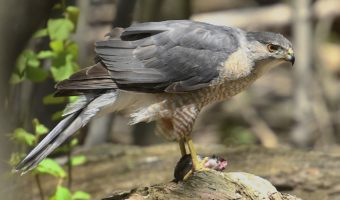 The Cooper's Hawk (Accipiter cooperii) is a forest dwelling hawk. They eat mostly smaller ground dwelling birds but also some small mammals and reptiles. They have short wings and long tails that make them agile flyers in wooded terrain.Cooper's Hawks nest in coniferous forests … END_OF_DOCUMENT_TOKEN_TO_BE_REPLACED 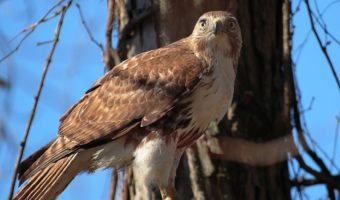 Red-tailed Hawks (Buteo jamaicensis) can be seen all over most of the North American continent searching for food or just having fun playing on the updrafts. Red-tailed Hawks are generalists. They eat mostly small rodents but also eat some smaller rabbits, snakes, lizards, … END_OF_DOCUMENT_TOKEN_TO_BE_REPLACED 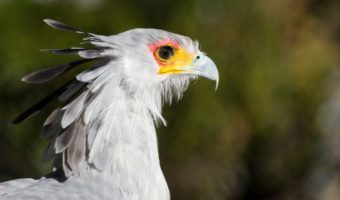 Secretary Bird The Secretary Bird (Sagittarius serpentarius) is a large raptor related to hawks and eagles. This large, terrestrial bird of prey is endemic to the open grasslands in sub-saharan Africa. The Secretary Bird is famed for being the prominent emblem of Sudan and South … END_OF_DOCUMENT_TOKEN_TO_BE_REPLACED 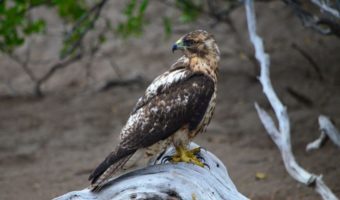 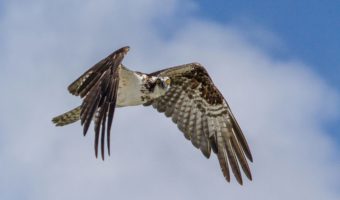 The Osprey bird (Pandion haliaetus) is a medium-large raptor which is a specialist fish-eater with a worldwide distribution. It occurs in all continents around the world except for Antarctica, but in South America only as a non-breeding migrant. The Osprey bird is often known by … END_OF_DOCUMENT_TOKEN_TO_BE_REPLACED 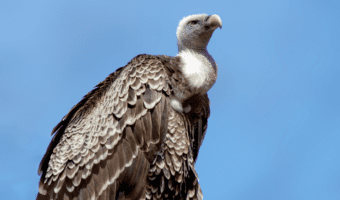