You are here: Home / Archives for Mammalia / Cetaceans

Cetaceans are a large and diverse group of aquatic mammals that includes whales, dolphins, and porpoises. They are all descendants of land-living animals that returned to the sea millions of years ago.

Cetaceans are highly adapted to life in the water, with streamlined bodies, torpedo-shaped heads, and powerful flippers. They can be divided into two main groups: the toothed whales, which include dolphins and porpoises; and the baleen whales, which include blue whales and humpback whales.

Cetaceans are social creatures that live in pods (groups) of up to several hundred individuals. They communicate using a variety of sounds, and some species are able to use echolocation to navigate and find food.

Whales are the largest cetaceans, and include the blue whale—the largest animal on Earth—and the humpback whale, which can reach up to 18 meters (60 feet) in length.

Dolphins are smaller than whales, and include the well-known bottlenose dolphin, as well as the less familiar Orca (killer whale).

Porpoises are the smallest cetaceans, and include the vaquita, which is the world’s rarest marine mammal.

Cetaceans are found in all oceans of the world, from polar to tropical waters.

They play an important role in the ecosystem, and are a valuable source of food for humans in some cultures. However, they are also threatened by a number of human activities, including hunting, pollution, and entanglement in fishing gear. 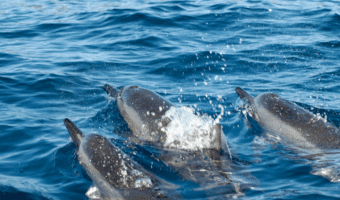 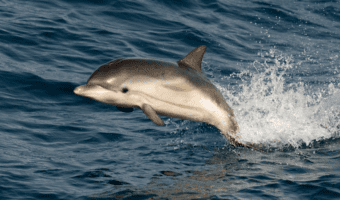 The Striped Dolphin (Stenella coeruleoalba) is an extensively studied dolphin that is found in temperate and tropical waters of all the worlds oceans. Striped Dolphins can be found in both the Atlantic and Pacific oceans, usually offshore, though sometimes in deeper waters closer … END_OF_DOCUMENT_TOKEN_TO_BE_REPLACED 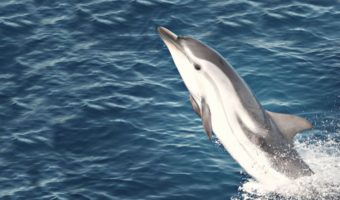 Dolphins (Delphinidae) are aquatic mammals related to whales and porpoises and famous for their intelligence, apparent compassion and joy. There are almost 40 species of dolphin in 17 genera. Dolphins vary in size from 1.2 metres (4 feet) and 40 kilograms (88 pounds) (Maui's … END_OF_DOCUMENT_TOKEN_TO_BE_REPLACED 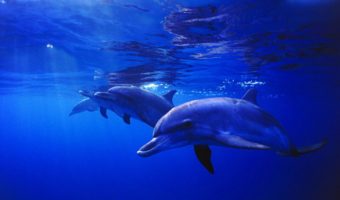 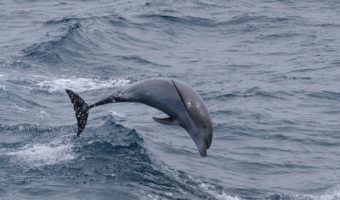 The Bottlenose Dolphin is the most common and well-known dolphin species. It inhabits warm and temperate seas worldwide and may be found in all but the Arctic and the Antarctic Oceans. Bottlenose Dolphins prefer shallow, inshore waters and are commonly seen off the coasts of … END_OF_DOCUMENT_TOKEN_TO_BE_REPLACED 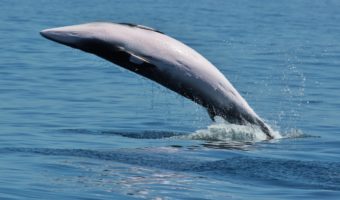 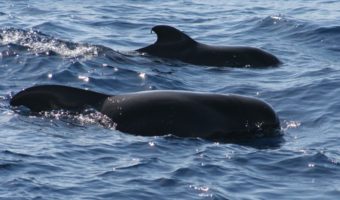 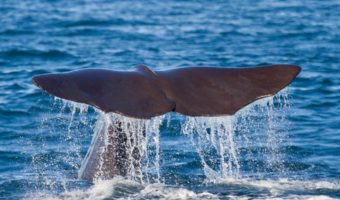 The Sperm Whale (Physeter macrocephalus) is the largest of all toothed whales and is the largest toothed animal alive, measuring up to 18 metres (60 feet) long. Sperm Whales can regularly be seen in the Galapagos waters. The Sperm whale was named after the milky-white waxy … END_OF_DOCUMENT_TOKEN_TO_BE_REPLACED 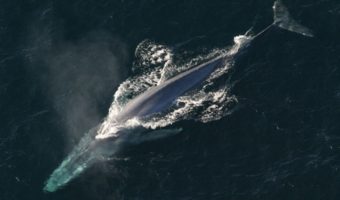 The Blue Whale (Balaenoptera musculus) grows up to 33 metres (110 feet) in length and weighs 200 tons or more in weight. The Blue Whale is believed to be the largest animal to have ever lived. The last sighting of Blue whales was in the San Salvador channel, off Puerto Egas, … END_OF_DOCUMENT_TOKEN_TO_BE_REPLACED 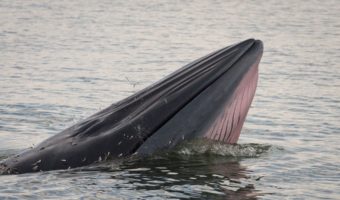 Brydes Whale Bryde's whales (Balaenoptera edeni) are the least known and in many ways the most unusual of the rorquals, a group that includes blue whales and humpback whales. Bryde’s whales are named for Johan Bryde, a Norwegian who built the first whaling stations in South … END_OF_DOCUMENT_TOKEN_TO_BE_REPLACED