As well as being a variety of colours – horses come in a variety of breeds too. There are over 350 different breeds of horses and ponies. These fall into four main groups:

Heavy or draft horses which can weigh up to 2000 pounds and are strong with large bones and sturdy legs; e.g. Percherons, Draft, Clydesdale.

Modern horse breeds developed in response to the need for ‘form to function’; that is, the necessity to develop certain physical characteristics necessary to perform a certain type of work. Therefore, light, refined horses such as the Arabian horse or the Akhal-Teke developed in dry climates to be fast and with great endurance over long distances, while heavy draft horse such as the Belgian developed out of a need to pull plows and perform other farm work.

Ponies of all breeds developed out of a dual need to create mounts suitable for children as well as for work in small places like mine shafts or in areas where there was insufficient forage to support larger draft animals. In between these extremes, horses were bred to be particularly suitable for tasks that included pulling carriages, carrying heavily-armored knights, jumping, racing, herding other animals and packing supplies. Here are just a few well known breeds. 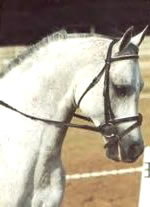 Arabians are not large horses. The Arabian horse stands between 14.1 and 15.1 hands tall.

The Don horses have an Eastern-type, medium-sized head with wide forehead, and a broad, straight back and loins. Don horses have muscular forearms and gaskins, but also have a tendency to have calf knees, sickle hocks, and upright pasterns. Their shoulders are usually quite upright, leading to choppy strides. The Don horses quarters can be weak, with a rather straight croup.

The Don horse is usually chestnut or brown with a golden metallic sheen reminiscent of their Akhal-Teke ancestry. Don horses stand 15.3 – 16.2 hands. These horses evolved in harsh conditions with severe weather, so the Don horse is naturally extremely hardy and tough. Don horses have a quiet, yet energetic, temperament. The Don horse has four influences. An influence is a trait that comes from another breed of horse. The breeds that influence the Don horse are the Karabakh, Akhal-Teke, Thoroughbred, and the Arabian. The Karabakh gives the Don improvement on speed, action, and ability to move gracefully. The Akhal-Teke contributes overall ability, endurance, and ability to run miles and miles without becoming too tired. The Thoroughbred passes on performance, conformation and size. The Arabian gives more and better quality, physically sturdy or healthy and great temperament.

The Hequ horse is located in Qinghai Province of China. If you are wondering, Hequ means ‘river zig’. The reason it means river zig is the breed is located near the yellow river, which makes a huge zig zag. The Hequ horse is used for a draft animal and a racing and riding horse. These horses are usually black, brown, or grey.

There are three different kinds of Hequ horses. One is the Jiaode type, which is founded in the southern part of Gansu province. These horses do not have strong legs. The Jiaode usually are grey. The Suoke is from western Sichuan province. These horses have large heads and ears, with a short loin. The Suoke raises it tail very high. The last one is the Kesheng which is from Kesheng Mongolian Autonomous Region.

The Russian Heavy Draft Horse is short and muscular in appearance, with a thick mane and tail and lightly feathered legs. This Horse is distinguished by its short legs relative to its body length, a conformation that provides excellent traction when pulling weight. Their neck is thick and well crested. The dominant colour is chestnut, with light mane and tail. 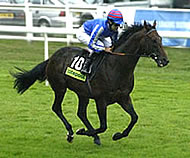 The Thoroughbred is a horse breed developed in 18th century England when English mares were bred with imported Arabian stallions to create a distance racer. Also, ‘thoroughbred’ is an adjective often used by laymen to describe fully-blooded descendants of a particular breed, although it is an incorrect use of the term. The typical Thoroughbred stands 16 hands (64 inches/1.63 metres) high and is bay, brown, chestnut, black or grey in colour.

The face and lower legs may be marked with white, however, white will generally not appear on the body (although certain colour genes, usually found in chestnuts, result in white hairs and white patches in the coat, the study of colour genetics in horses is an in-depth one). Although the Thoroughbred is primarily bred for racing, the breed is also used for show jumping and combined training due to its athleticism and many retired race horses become fine family riding horses, endurance horses, dressage horses, and youth show horses. The larger horses are sought after for hunter/jumper and dressage competitions, whereas the smaller horses are in demand as polo ponies.

The Thoroughbred horse remains one of the most important breeds used in modern horse breeding. They have been incredibly influential on many of the favourite breeds of today, including the American Quarter Horse, the Morgan (a breed that went on to influence many of the gaited breeds in America), the Standard bred, the Irish Horse and many other modern breeds. The Thoroughbred continues to be a favourite as an improver of breeds.

The Mountain Pony is thought to have evolved from the prehistoric Celtic pony. The sparse and inhospitable hills of Wales developed the small and extremely hardy animal. The Welsh breeds were used in mines, for pulling carts, as a means of transport. Today, the Welsh Pony is known as a riding and driving pony. The Welsh mountain pony is shown both in hand and under saddle and makes an excellent children’s pony. The Welsh mountain pony stands at 13.2 horse hands. The Welsh pony has great depth in it’s stomach area. Sometimes this depth is called the ‘Welsh Breadbasket’.

Here is a list of some more common horse breeds: