You are here: Home / Archives for Antarctica 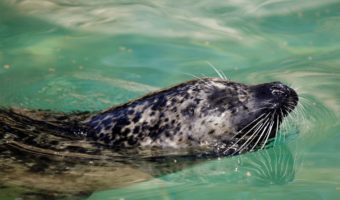 The leopard seal (Hydrurga leptonyx), also referred to as the sea leopard, is the second largest species of seal in the Antarctic. It is only smaller than the southern elephant seal, and is the only member of the genus Hydrurga. Together with the Ross seal, the crabeater seal and … END_OF_DOCUMENT_TOKEN_TO_BE_REPLACED