The relationship between humans and wolves has had a very long and turbulent history. Traditionally, humans have viewed wolves negatively, perceiving them to be dangerous or as nuisances and to be destroyed. European folklore emphasized this negative image, which was subsequently spread to North America.

In brief, the Grey wolf, which, at one point, could be found in any ecosystem on every continent in the Northern Hemisphere, was persistently one of the first species to be reduced once a significant population of humans settled in a given area. As technology made the killing of wolves and other predators easier, simple control became something more like complete annihilation.

Historically, un-necessary fear of the wolf has been responsible for most of the trouble the species has received, including why it was nearly hunted out of existence in the U.S. and Europe prior to the twentieth century. However, ecological research conducted during the 20th century shed new light on wolves and other predators, specifically with regard to the critical role they play in maintaining the ecosystems to which they belong. As a result of this and other important factors, wolves have come to be viewed in a much more realistic, and fairer way.

A wolf is not a brave hunter and attacks only the young and the sick in a herd. Through a combination of misunderstanding and vengeance, most native wolf populations have been devastated and decimated to the point where the species is now endangered. Only in North Western Canada and a few northwestern states is there a remnant of a sustainable wolf population.

Of course, wolves eat deer and so there is a competition between wolves and human hunters for access to these kind of resources. We can eat whatever we want, however, for the wolf, it is a matter of natural survival and they eat what it can find. 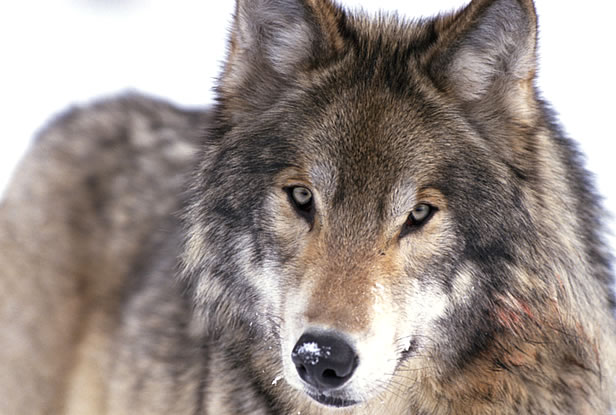 While progress has been made, traditional opinions prove difficult to change in some cases. Today and in the past, improved understanding and education have been the main allies in altering perceptions. As research improves and as people discover better ways to educate people about the true nature of this planets ecosystems, public acceptance of the wolf as an integral member of the earths biological society will likely prevail.