The German Shorthaired Pointer is probably the most family-oriented of all the hunting dog breeds. This athletic gun-dog has a short, dense and flat coat. The Short-haired coat is usually a solid liver color or any combination of liver and white. German Pointer males are 23 to 26 inches tall and females are 21 to 23 inches tall at shoulder height. 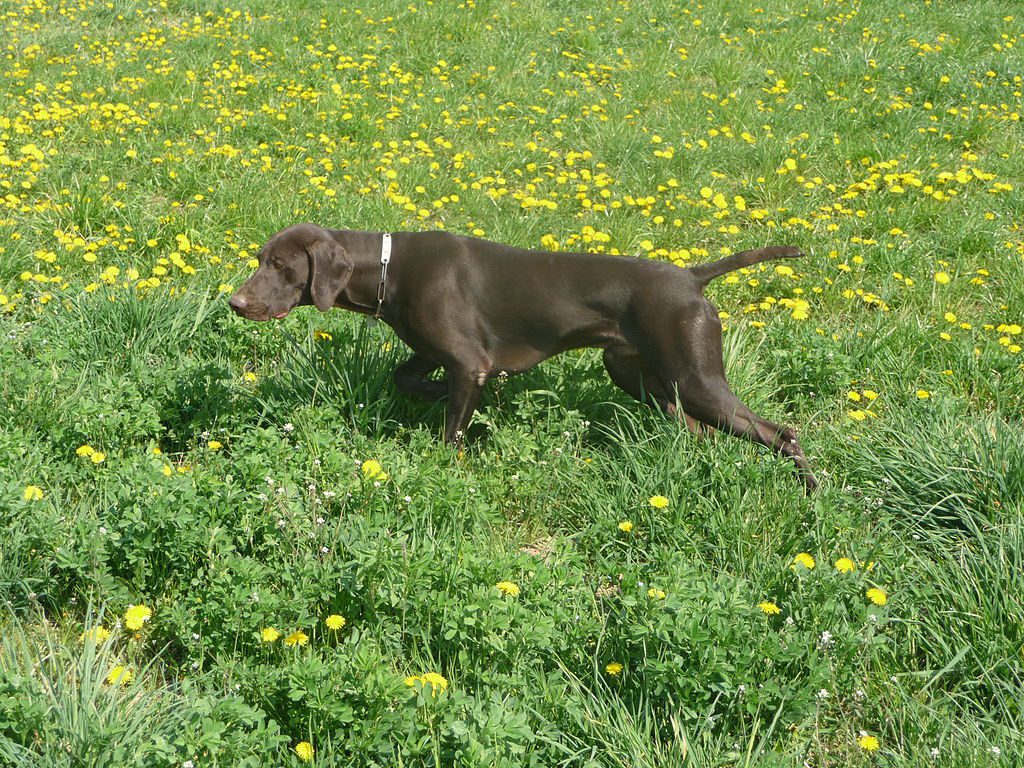 German Shorthaired Pointers were developed in 17th century Germany by crossing Spanish Pointers with bloodhounds. This resulted in a fairly large breed that was later crossed with the smaller English Pointer to produce the modern Shorthaired Pointer. This breed is probably the most versatile of gundogs and it is adept at tracking and pointing a wide variety of game. These Pointers are also used to retrieve game from land or water. The Shorthaired Pointer is quite popular and was ranked 20th out 154 dog breeds in 2004 AKC registrations.

German Pointers are loyal, intelligent and eager to learn. The Pointer is also lively and playful with a good scenting nose. The versatile dog is fairly easy to train and it makes an outstanding hunting and field sports dog. German Pointers make good family dogs and they get along well with children. Toddlers and young children should be supervised carefully around these Pointers as they can be very high-spirited when young. The German Shorthair should not be kept in an apartment or even in the city. These Pointers need a lot of free-running as often as possible. You don’t have to be a hunter to keep a German Pointer but you need to challenge this breed with advanced obedience or agility training. The German Shorthair makes a good watchdog. This breed does best with experienced dog owners.

German Pointers need lots of exercise and mental challenges. The Pointer is not a city dog and needs lots of free running activities. This is a hunting dog that cannot adapt to a leisurely life.

German Shorthairs need minimal grooming beyond an occasional brushing when shedding. It is important to check the Pointers’ ears on a regular basis.

German Shorthairs have a long lifespan and should live from 14 to 16 years. German Pointers are quite healthy dogs with no common health problems except for occasional hip dysplasia.