Amphibians are vertebrates (animals with backbones) who were actually the first four-limbed vertebrates to walk the Earth. They are cold-blooded, with their body temperature being regulated by their surrounding temperature. They spend part of their lives in water and part on land, which is how they earned their name of “amphibian”, from the Greek word meaning “double life”.

There are three groups of amphibians, defined by their orders: frogs and toads (Anura), salamanders and newts (Caudata), and burrowing legless and wormlike caecilians (Gymnophiona). There are actually 73 families and 7,292 species of amphibian in the world, but many are not as well known. Let’s deconstruct what is an amphibian and look at these animals in greater detail below. 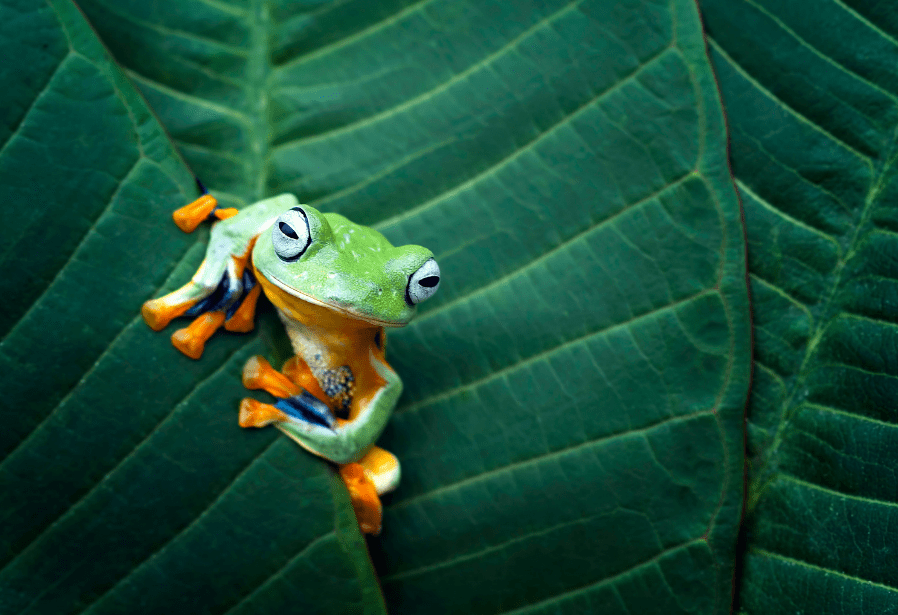 Amphibians are known for their damp smooth skin and lack of scales, feathers or hair. Their moist skin is kept this way by special glands under the surface of the skin that produce a sticky substance called mucus.

The skin is also permeable, meaning air can pass through the skin, and many amphibians therefore breathe through their skin instead of through their lungs. They are born with gills, with some outgrowing them as they transform into adults, and others retaining them for their entire lives. As blood flows through an amphibians gills at the same time water flows over the outside, oxygen passes out of the water straight into the bloodstream.

Toads and frogs have flattened skulls, and also short backbones and enlarged hind legs. Salamanders and newts have longer backbones than toads and frogs, and their limbs are all roughly the same size. They also have long tails, with newts having a flattened tail that makes them excellent swimmers.

As they are cold-blooded (ectothermic), an amphibian’s body temperature is regulated by the temperature around them. They have a 3 chambered heart, not 4 as in mammals, and have far fewer bones than those of other vertebrate species.

Amphibians have 5 basic senses, taste, hearing, smell, sight and touch, just like humans. However, they can also detect the Earth’s magnetic field and infrared and ultraviolet light.

Amphibians are carnivores and feast on smaller prey, such as insects and worms. However, bigger species, such as frogs and toads, may eat other backboned animals like mice, birds and small reptiles. Many have large mouths to feed and one of these meals will satisfy their appetite for a good period of time and give them enough energy.

Amphibian larvae eat aquatic invertebrates, but can also sometimes become cannibalistic and eat their own kind.

Amphibians breed in the spring and lay eggs that are jelly-covered, called spawn, in still, fresh water, often among water plants. The young are called tadpoles and can only live in water. These aquatic larvae have feathery, external gills and tails, but soon develop lungs and legs by metamorphosis and leave the water.

Amphibian eggs lack a shell, so parental protection is important and common among most species of amphibians. In caecilians, newts and salamanders, the female usually provides protection whereas in frogs and toads, the male protects the eggs from predators. However, some species do not protect their young at all, and others are protected by both parents. 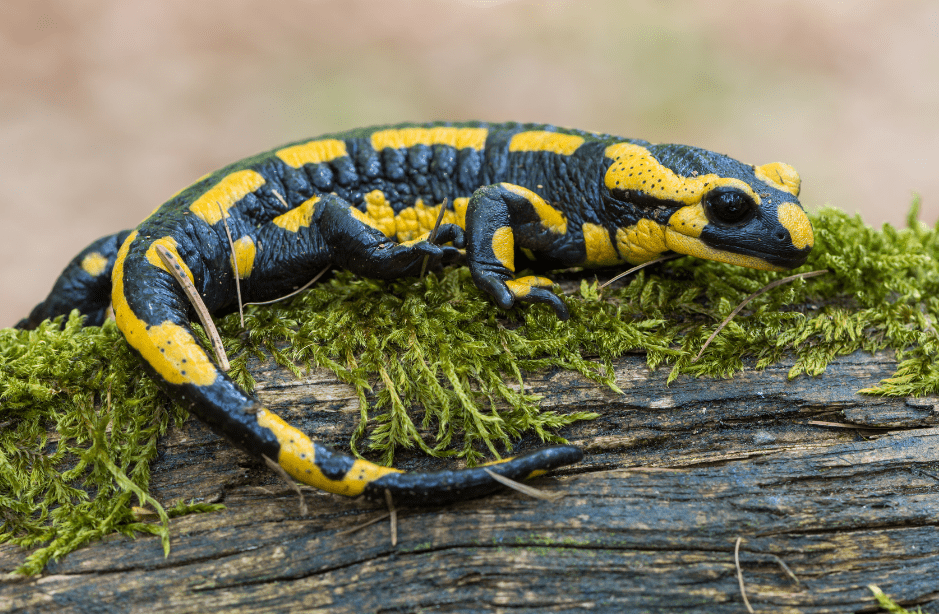 Adults are able to live both in water and on land. At the the larval stage, they can only live in water. However, at the adult stage, amphibians spend most of their life on land, usually in damp habitats like woods, only returning to the water to breed in the spring. More than 75 percent of all toad and frog species in the world live in tropical rainforests. A few species may be found in water at almost any time of year. Some  like to live in drier grasslands and even the deserts.

Amphibians live all over the world, aside from high Arctic, Antarctica and remote islands. They can only live in freshwater, and never saltwater.

Because of their special skin, they require very specific living conditions. Too much sun can damage their cells, and too much wind can dry their skin and dehydrate them. As a result, amphibians are very susceptible to their habitats being disturbed or contaminated with chemicals like weed killers. This is the main reason over half of all frog species are in danger of extinction. 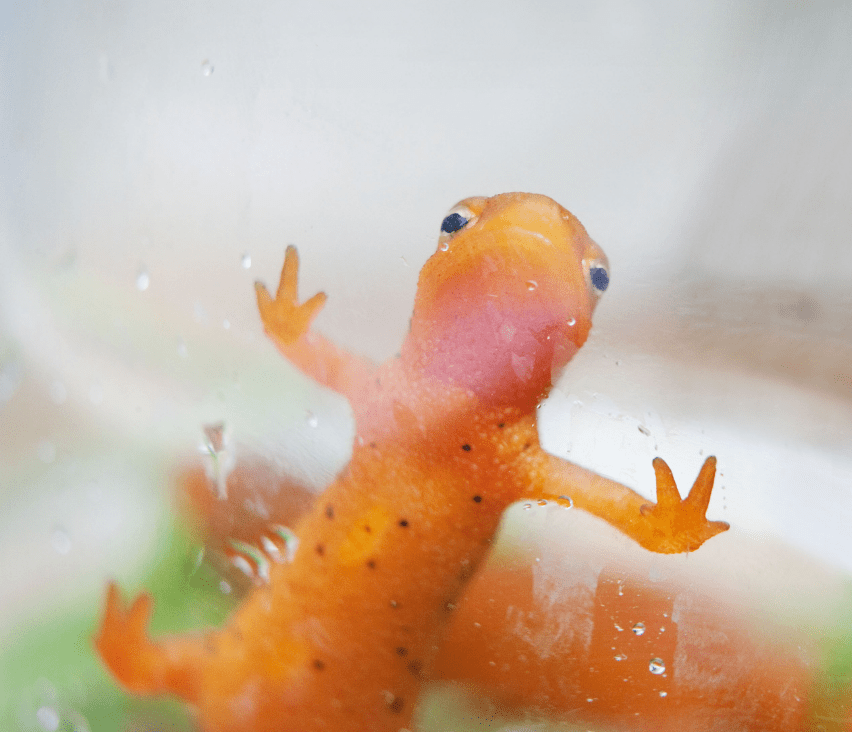