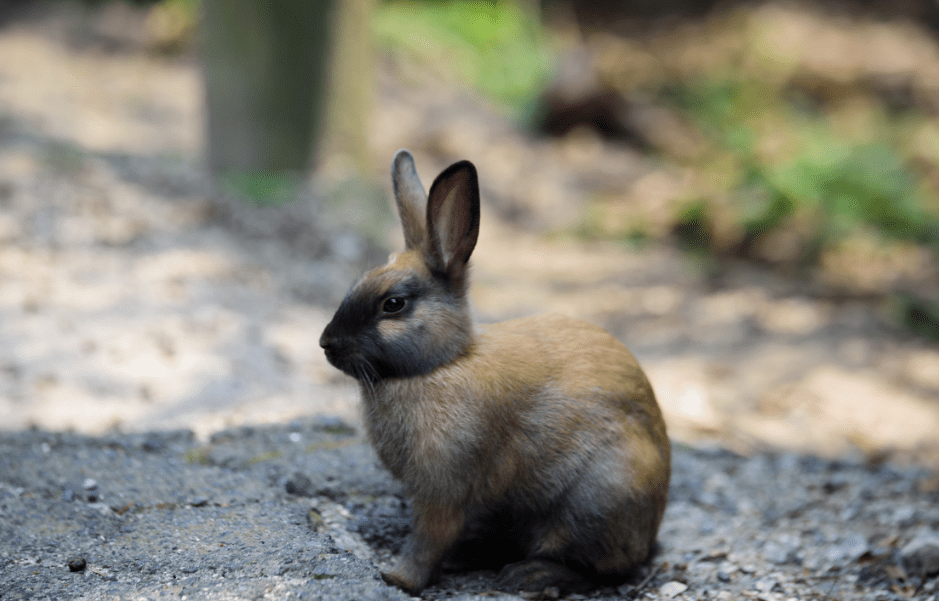 The American Sable is a medium sized rabbit breed that stands out due to it’s unique coat coloring. They very much resemble Siamese cats color wise and, thanks to their beautiful coat, they are a popular show bunny. The American Sable rabbit can also make a great pet due to their loving and affectionate nature and they don’t have very high care needs.

If you’re interested in learning more about the American Sable and seeing whether they might be the right bun for you, keep reading below.

History Of The American Sable Rabbit

The American Sable rabbit breed closely resembles the American Chinchilla rabbit because of their origins, yet their coloring is completely unique. Let’s take a look at the breed’s history below.

This breed was developed by a man named Otto Brock in California, United States, in the early 20th century. The American Sable got it’s coloring from crossbreeding various types of Chinchilla rabbits, producing an entirely new color, while their body shape remains very similar to the Chinchilla breed. They were accepted into the American Rabbit Breeders Association (ARBA) in 1929, although their popularity began to decline quickly afterwards. Fortunately, in the 1980s, their popularity rose again and the American Sable was saved. 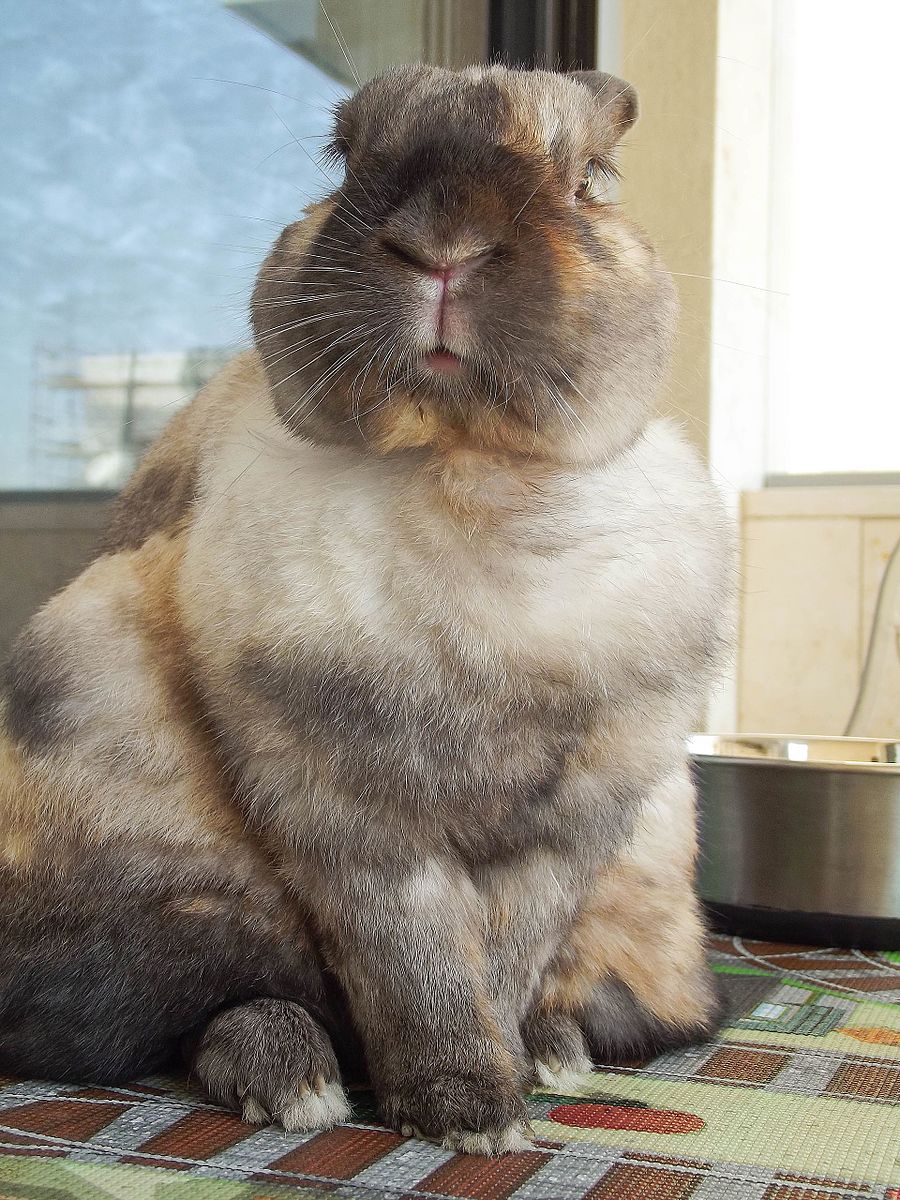 Characteristics Of The American Sable Rabbit

The American Sable is commonly seen as both a show rabbit, thanks to their unique and beautiful appearance, and as a pet rabbit, due to their fantastic temperament and relatively low needs. One of these bunnies can set you back around $75, although you may end up spending more for a show-quality Sable.

A medium sized rabbit, the American Sable usually weighs between 8 to 10 lbs, with females weighing more than males, and has a commercial body type. They have a rounded head with dark eyes and erect ears that stand on top of their head.

The American Sable’s coat is a soft, fine and dense coat. Although their fur is thin, they can require slightly more grooming than the average rabbit. We will go into more detail about grooming your American Sable later on.

As mentioned above, the American Sable’s coat is what makes them stand out from the crowd. The ARBA only recognizes one coat color for this breed — their head, feet, ears, back and top of tail should be a dark sepia color, while the rest of their coat fades to a lighter tan, like a Siamese cat.

As the American Sable rabbit continued to be bred and crossed, another color started appearing. This was a tan patten (marten) Sable. However, instead of including it as different variety of American Sable, this unique coloring was accepted as a new variety of the Silver Marten breed of rabbits.

The American Sable rabbit is a friendly, affectionate and energetic rabbit that brings a lot of love and life to any home. These bunnies love to be out of their hutch, exploring and keeping active, but will also happily hop into your lap at the end of a long day for some quiet time.

They love to be petted, stroked and given any sort of attention — although they are very energetic so they may not always give you the chance to do so! They do need to be kept entertained with time with their family members and toys, otherwise they can become destructive and bored.

Like any with rabbit, you should always respect your American Sable’s personal space, especially when they are new to your home. If they are afraid or frightened, then they might try to bite.

The American Sable rabbit has an average lifespan of between 5 and 8 years.

Fortunately, the American Sable rabbit doesn’t have any breed-specific health problems, although they can be susceptible to many of the same issues that all rabbits are. We have laid out these main concerns below.

– Malocclusion — this is when the upper and lower teeth are misaligned so that the normal process of chewing doesn’t wear down your rabbit’s teeth. Regular dental checkups are very important. You should also make sure your rabbit eats plenty of hay.

– GI Stasis — this is a potentially deadly condition in which the digestive system slows down or stops completely. Symptoms include loss of appetite, small or no fecal pellets and lethargy. It can be treated if caught quickly.

– Ear Mites — this is a common parasite of pet rabbits. You may see your rabbit shaking their head a lot if they are affected. Your vet will be able to treat them.

Like all rabbits, they can also suffer from back issues if they are mishandled or accidentally dropped.

Regular vet checkups will ensure that you catch any health problems before they become too serious. You should also make sure that you are buying from a reputable breeder. 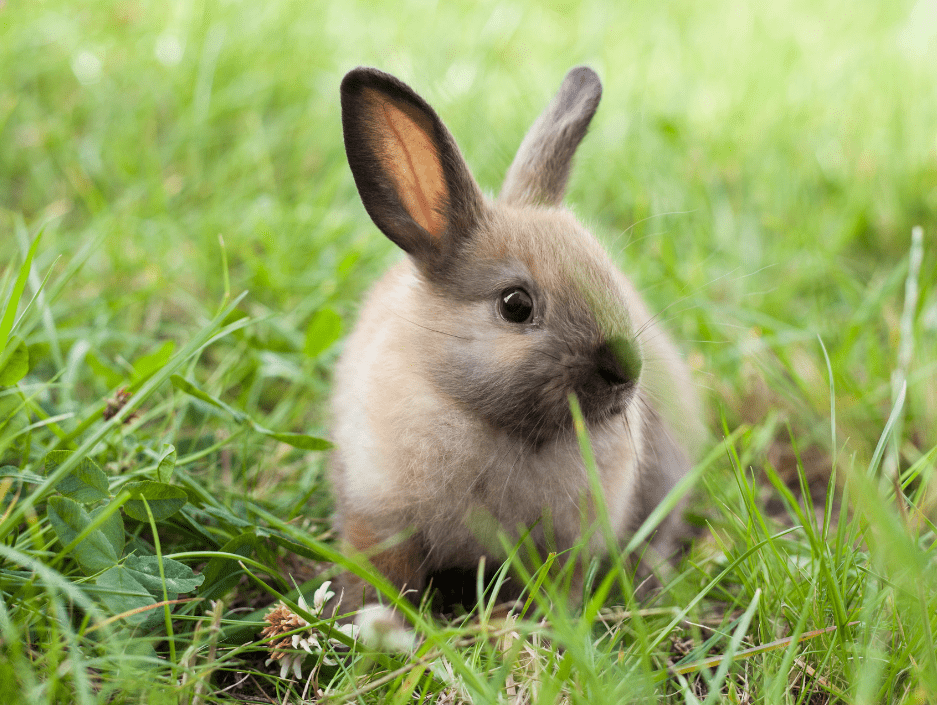 Now we know all about the treats and characteristics of the American Sable rabbit, it is time to take a look at what living with one of these rabbits on a day to day basis is really like. Although they are quite energetic and do require slightly more grooming than the average rabbit, they are still easy to take care of. Keep reading below to find out more.

The exact amount you feed your American Sable rabbit should be based on their size, age and activity level. They should be eating a portion of hay that is at least as big as their body size every day, alongside pellets and fresh vegetables. Fresh water should also always be available to them.

Hay is very important as it helps to keep your Sable’s digestive system moving, as well as helping to wear down their teeth so they are less prone to dental issues. At least 70% of your rabbit’s diet should be hay. 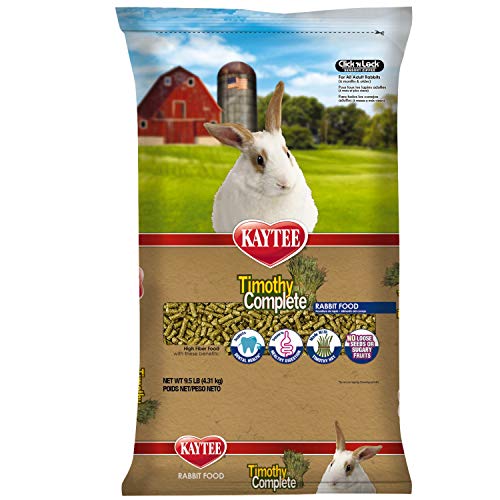 We recommend the Kaytee Timothy Complete rabbit food for the American Sable. Made from hand-selected timothy hay, this food is high in fiber and not only supports your rabbit’s digestive health but also promotes chewing to help with their dental health. A pellet rather than muesli, there is no chance of selective feeding with this food, either.

There are added vitamins and minerals in this recipe to support the overall health of your pet as well as prebiotics and probiotics. Made in the USA, this food is corn free and alfalfa free and there is no added sugar.

In the wild, rabbits run around three miles a day. Therefore, it is very important that you give your pet rabbit enough exercise every day to keep them active and entertained. They should have at least three hours of free-range time, whether this is out of their hutch in the garden or just around the house.

The American Sable rabbit is one of the more energetic breeds of rabbit and so needs lots of time outside of their hutch to hop and explore. They won’t take kindly to being cooped up in their hutch for long periods of time and, if they don’t get enough exercise, can start to exhibit destructive behaviors.

If you want to leave them alone outside unsupervised, they will need a large secure enclosure. This can be stand-alone or attached their hutch. This will keep them safe from predators and means you won’t need to be on the lookout all the time.

To keep your American Sable entertained and active, try giving them some toys to play with. This will ensure they are mentally stimulated as well as not bored.

These bunnies can live very happily in many homes thanks to their affectionate and friendly nature. Perfect for individuals, couples, the elderly and families with children, the American Sable can live in apartments or homes with or without backyards, as long as they get enough exercise and attention.

Training a rabbit can be more difficult than training a cat or a dog. However, this doesn’t mean it can’t be done. You can train your American Sable rabbit to use a litter box and you can even try to teach them to come when their name is called!

The American Sable rabbit can live either indoors or outdoors — it is up to you. Some owners prefer to keep these rabbits outdoors because they are a medium breed and will appreciate any extra space they can. They’re also active and so will enjoy being outside in a large hutch and enclosure where they can hop around easily.

However, they are also happy as indoor rabbits. These bunnies get on well with their owners and won’t mind living with them! Make sure you give them lots of time outside of their hutch, particularly if they are kept as a house rabbit.

Whether they are inside or outside, their hutch should be large enough that they can easily move around inside. Try to stay away from hutches with wire floors as these can cause sore hocks within rabbits. Take a look at the hutch we recommend below.

We recommend the Advantek Stilt House for the American Sable rabbit. This hutch provides a large space and, with two stories and ramps to allow your rabbit to move freely, you can lock your bunny in the nesting box over night so they are elevated and safe from any predators. The rabbit-friendly wire that surrounds the hutch also helps to keep your furry friend safe.

This hutch is made from rot-resistant wood that can be kept outside at all times. The nesting box has a removable bottom pan for easy cleaning and there is a window so you can check on your sleeping bun whenever! A door on the side of the hutch allows your American Sable to come and go as they please, too, so you can even attach a larger run for more exercise space.

The American Sable’s coat is thick and dense and so they do need slightly more brushing than the average short-haired rabbit, but not as much as long-haired rabbit breeds like Angoras. You should brush them once a week with a slicker brush during non-shedding season.

During shedding season, these bunnies can shed a lot! You should be brushing them around three times a week, possibly more if they live indoors and you don’t want your house covered in fur! 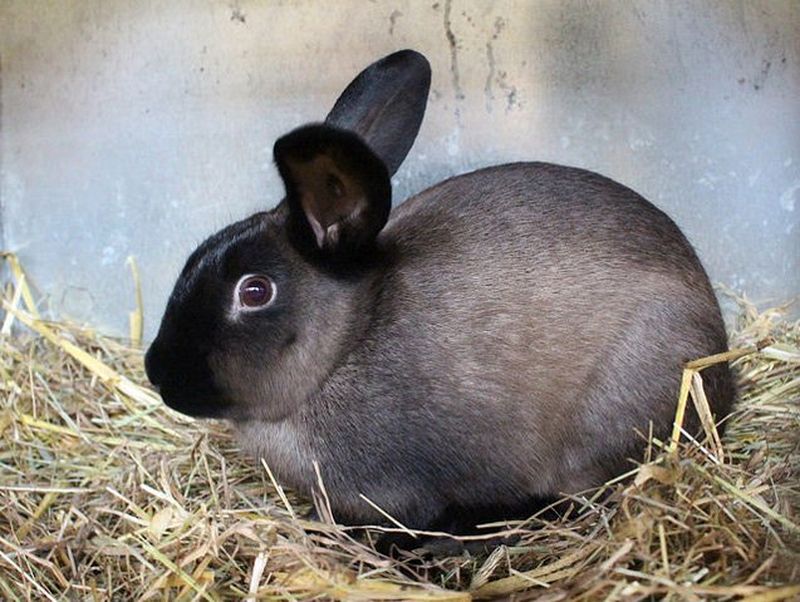 How big should my rabbit’s cage be?

The rule with rabbits is: the bigger the better! If you have the space for a big hutch then your rabbit will always appreciate the extra room to roam and exercise. No one wants to be stuck in a cramped space!

If you do not have a lot of space, then the cage should be at least 4 times the size of the rabbit. A guide is 24″ by 36″ for smaller rabbits (less than 8 lbs) or 30″ by 36″ for larger rabbits. Hutches with multiple stories are also popular as they give your bun more space.

What vegetables can I feed my rabbit?

There are many vegetables that your rabbit will love! They are an important part of their diet, however you shouldn’t overfeed them. Some rabbit favorites are cabbage, cauliflower leaves, radish, rocket, kale, lettuce, spinach, broccoli and Brussel sprouts.

Can I adopt a rabbit?

If you do not want to buy a rabbit, you could always adopt. Check your local animal shelter to see if there is a rabbit that is in need of a home. Often, rabbits in shelters have already been vaccinated, dewormed and spayed or neutered, so you do not need to worry about the extra cost

The American Sable is a medium rabbit breed with a wonderful uniquely colored coat that makes them stand out not only in rabbit shows but also as a pet. While these rabbits are an energetic breed that need lots of time out of their hutch and their grooming needs are a little higher than other short-haired rabbits, they are a loving and friendly bunny that bonds to their owners for life. Give this rabbit lots of exercise and affection and they’ll always be happy! Do you think the American Sable could be the rabbit for you?