The Tonkinese blends the best features of its ancestors into one beautiful, medium-sized cat that is remarkably dense and muscular.

Whether appearing in the coat pattern of its Burmese predecessor, with sparkling gold-green eyes, the pointed pattern of its Siamese ancestor, with glittering blue eyes, or the “mink” coat pattern seen in the show ring, with its unique aqua eyes, the Tonkinese is an intelligent, gregarious cat with a sense of humor. These cats are firmly convinced that humans were put on earth to love them; these are the cats that know they belong. They purred their way through seven years and four presentations to the board of directors of The Cat Fanciers’ Association in their pursuit of championship status, achieving their goal in 1984. 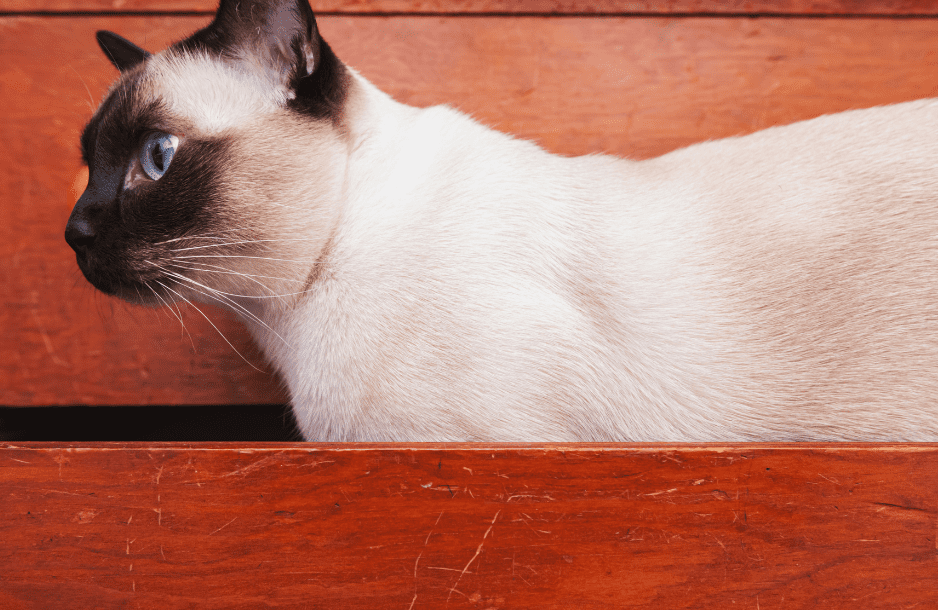 Although new to modern competition, this is the same breed depicted in “The Cat-Book Poems of Siam” during the Ayudha Period (1358-1767), and imported to England in the early 1800s as “Chocolate Siamese.” In the United States, Tonkinese and Burmese can trace their beginnings back to Wong Mau, a small walnut colored cat imported to California by Dr. Joseph Thompson in 1930.

The colorful personality of the Tonkinese make them ideal companions. They will take possession of your lap and shoulder, and they will supervise your activities. They are warm and loving, highly intelligent, with an incredible memory and senses that are akin to radar. They are strong willed, and their humans are wise to use persistent persuasion in training them. They are naturals at inventing and playing games, using favorite toys to play fetch, and delighting in games of tag with each other. Of course hide ‘n seek is a favorite game, which they play with humans as well as other Tonks. 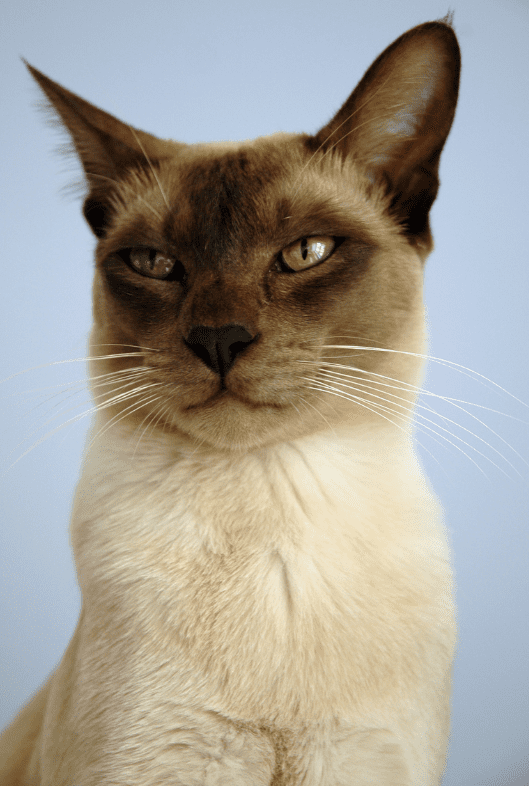 They become your “door greeter” and will happily entertain your guests. They have been described by enthusiastic owners as part puppy (following their owner around the house), part monkey (their “acrobatics” are legend!), and can sound like an elephant running through your house when they choose. In short: they quickly take over and run your house and your life! Their affectionate ways are impossible to ignore, and they quickly endear themselves to family and visitors.

Caring for Tonkinese is as easy as feeding a well-balanced feline diet, clipping their nails weekly (providing a scratching post and insisting they use it is also imperative), using a rubber brush to groom them, and of course the all important visit to the vet for check-ups and vaccinations. These are indoor only cats, and a thorough inspection of your home prior to your Tonks’ arrival, to make certain screens and doors are secured, will help insure they remain indoors.

“Cat proofing” your home, much as you would for a two-year old human on the loose, is bound to save you frustration. Toys and an interesting cat tree will help keep them occupied when you have other things to do besides playing with your Tonk. Working humans find two Tonks will keep each other company as well as lessen the mischief one bored Tonk can get into.

Tonks wear a rainbow of colors, and no matter which color in whatever coat pattern you may choose, be assured you are joining an enthusiastic fan club of admirers of this breed. You are about to embark on the most joyful experience of your life — enjoy! 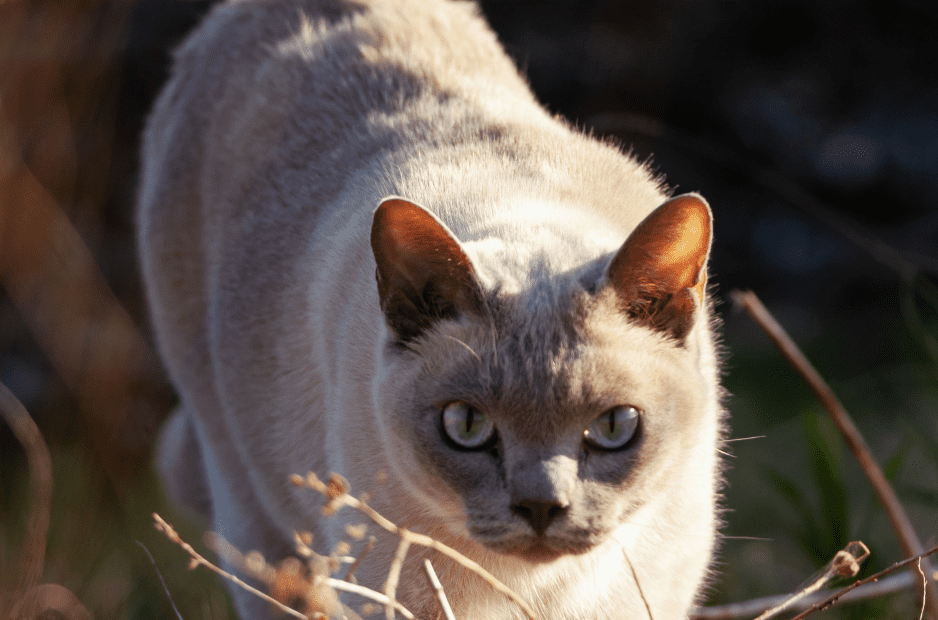 After twelve weeks, kittens have had their basic inoculations and developed the physical and social stability needed for a new environment, showing, or being transported by air. Keeping such a rare treasure indoors, neutering or spaying and providing acceptable surfaces (e.g. scratching posts) for the natural behavior of scratching (CFA disapproves of declawing or tendonectomy surgery) are essential elements for maintaining a healthy, long and joyful life.