Orange cats are very popular in the United States and Europe. There are also a number of mixed breed orange cats that are popular around the world.

Some famous orange cats include: the orange tabby cat featured in the “Garfield” comic strip; Morris, the 9Lives spokescat; and Fatso, Sylvester Stallone’s pet cat in the “Rocky” movies.

Orange cats are often thought to have a very friendly and laid-back personality. They are also said to be intelligent and curious, which makes them interesting and entertaining pets. If you’re thinking of adding an orange cat to your family, be sure to do your research so you can find the perfect breed for you. Persian cats are some of the most popular breeds of cats in the world. They have long, thick fur coats that come in a variety of colors, including black, white, brown, and tabby. They are known for their calm and docile temperament, and make great pets for families with children. Persian cats typically weigh between eight and ten pounds, and have a lifespan of around 15 years.

Persian cats are one of the oldest breeds of cats in the world. They originated in Persia (now Iran), and were brought to Europe in the 16th century by Italian traders. Persian cats became very popular among the upper class, and were often kept as pets by royalty. Munchkin cats are a small breed of cat that is known for its short legs. These cats are adorable and are often compared to teddy bears because of their cute faces and sweet personalities. They make great pets for people who live in apartments or small homes, because they don’t require a lot of space. Munchkin cats are also good for people who have allergies, because they don’t shed much.

Munchkin cats are very social creatures and love to be around people. They are known for being affectionate and loving, and they make great companions. If you’re looking for a cat that will snuggle with you on the couch and watch TV, a Munchkin is the perfect choice. These cats are also known for being playful and curious, so they’ll keep you entertained for hours. Abyssinian cats are one of the oldest domesticated cat breeds in the world. They are known for their long, lustrous coats and their inquisitive nature. Abyssinians are typically active and playful cats, and they make great companions for people who lead active lifestyles.

Abyssinian cats are believed to be descended from the cats of ancient Egypt. They were first brought to Europe in the late 19th century, and they quickly became popular among cat fanciers. Today, Abyssinians are one of the most popular cat breeds in the world.

Abyssinians are medium-sized cats, and they typically weigh between 8 and 10 pounds. They have lithe, muscular bodies, and they are very agile. Abyssinians have relatively long legs, and their hind legs are slightly longer than their front legs. This gives them a distinctly graceful appearance. 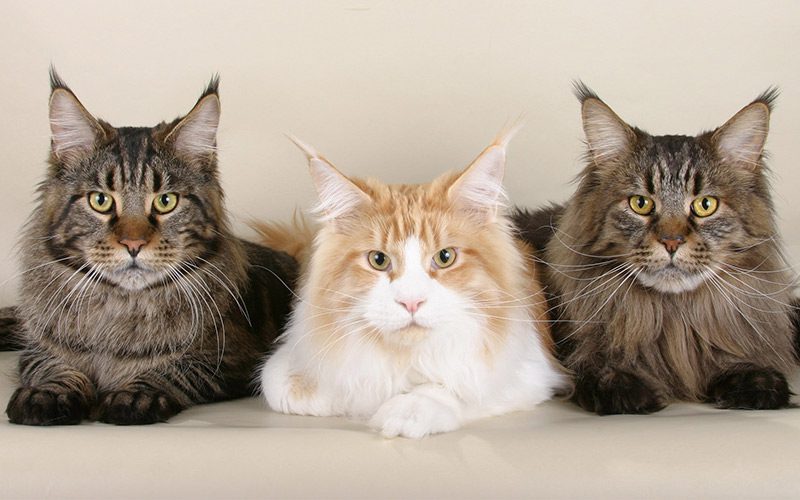 The Maine Coon Cat is a breed of domestic cat that is one of the largest in the world. They have a long, shaggy coat and are considered gentle giants. Maine Coon Cats are known for their intelligence and playfulness. They are also very loving and make great companions. If you are looking for a big, goofy cat to add to your family, the Maine Coon Cat is the perfect choice! The Devon rex cat is a breed of domestic cat that is known for its curly hair and large ears. The breed originated in England, and was first recognized by the Cat Fanciers Association in 1976. Devon rex cats come in a variety of colors and patterns, but are most commonly seen in black, white, or tabby. Devon rex cats are known for their friendly and affectionate nature, and are often described as being “dog-like” in their behavior. They are also known for their intelligence and playfulness, and are often able to learn tricks and commands. Devon rex cats typically weigh between 8 and 12 pounds, and have a life expectancy of 12-14 years. 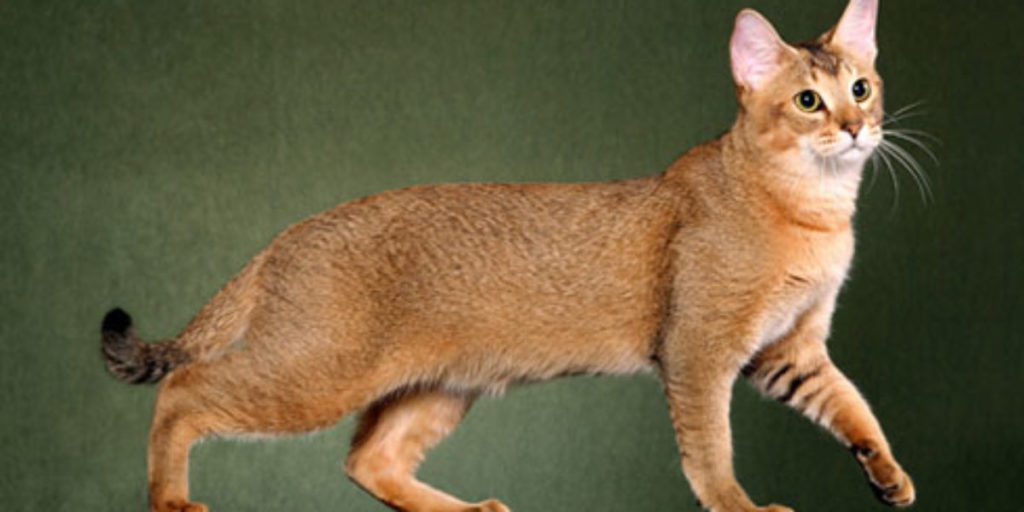 The Chausie is a breed of domestic cat that is derived from the jungle cat. They are a medium to large sized cat, and are considered to be one of the most athletic breeds of cats. They have a short, dense coat that can come in any color, and they are known for their friendly and outgoing personality.

The Chausie is an active breed of cat, and they love to play. They are very curious by nature, and can be quite mischievous. They are also known for being very vocal, and will often meow or chirp when they want attention. 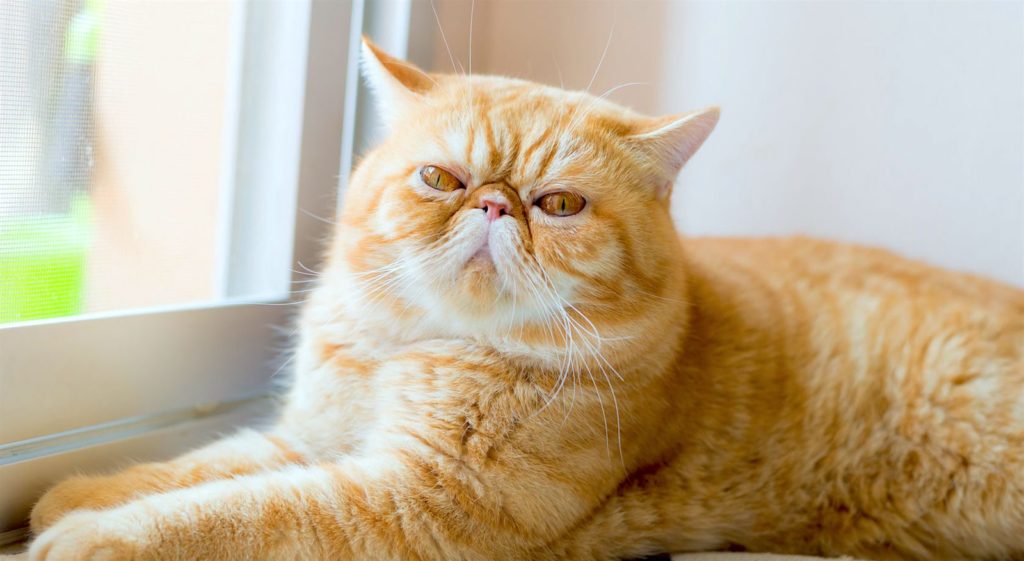 The Exotic shorthair is a breed of cat that is known for its short hair. This breed is also known for being a very friendly and outgoing cat, which makes it a great pet for families with children. Exotic shorthairs come in a variety of colors, including black, brown, white, and tabby. They are a medium-sized breed, and they typically weigh between 8 and 10 pounds.

The Exotic shorthair is a relatively new breed, having been developed in the 1960s. This breed was created by crossing Persian cats with American Shorthairs. The goal was to create a cat that had the best qualities of both breeds: the short hair of the American Shorthair and the body type of the Persian. The Exotic shorthair is now a very popular breed, and it is recognized by both the Cat Fanciers’ Association and the International Cat Association. The British Shorthair is a domesticated cat originally bred in the United Kingdom by the Victorians to resemble bulldogs. It is known for its seemingly perpetual smile; Lewis Carroll chose the breed as the model for his Cheshire cat in Alice’s Adventures in Wonderland. Today, this breed is commonly used as a show work. A British Shorthair silver tabby is the face of Whiskas™ and a “British Blue” is the face of Sheba™ cat food.

British Shorthairs have very dense, soft coats. The eyes are large, round and copper in colour. The head is round with chubby cheeks. The body is rounded and sturdy. The breed has a broad chest, shoulders and hips with short legs, round paws and a plush tail.

The British Shorthair may be any colour or pattern, but the ‘blue’ variant is common enough to have a name of its own: the ‘British Blue’. However, a large variety of other colour and pattern variations appear and are accepted as breed standards. The American Bobtail cat is a relatively new breed of domestic cat, having first been developed in the 1960s. They are most easily distinguished by their short, stubby tails, which are typically about half the length of a normal cat’s tail.

American Bobtails are medium-sized cats, and weigh between 8 and 15 pounds (3.6 and 6.8 kg). They are considered a healthy breed, with few health problems. American Bobtails are known for their friendly and outgoing personalities, and make great family pets. They can be trained to do tricks, and are generally good with children. 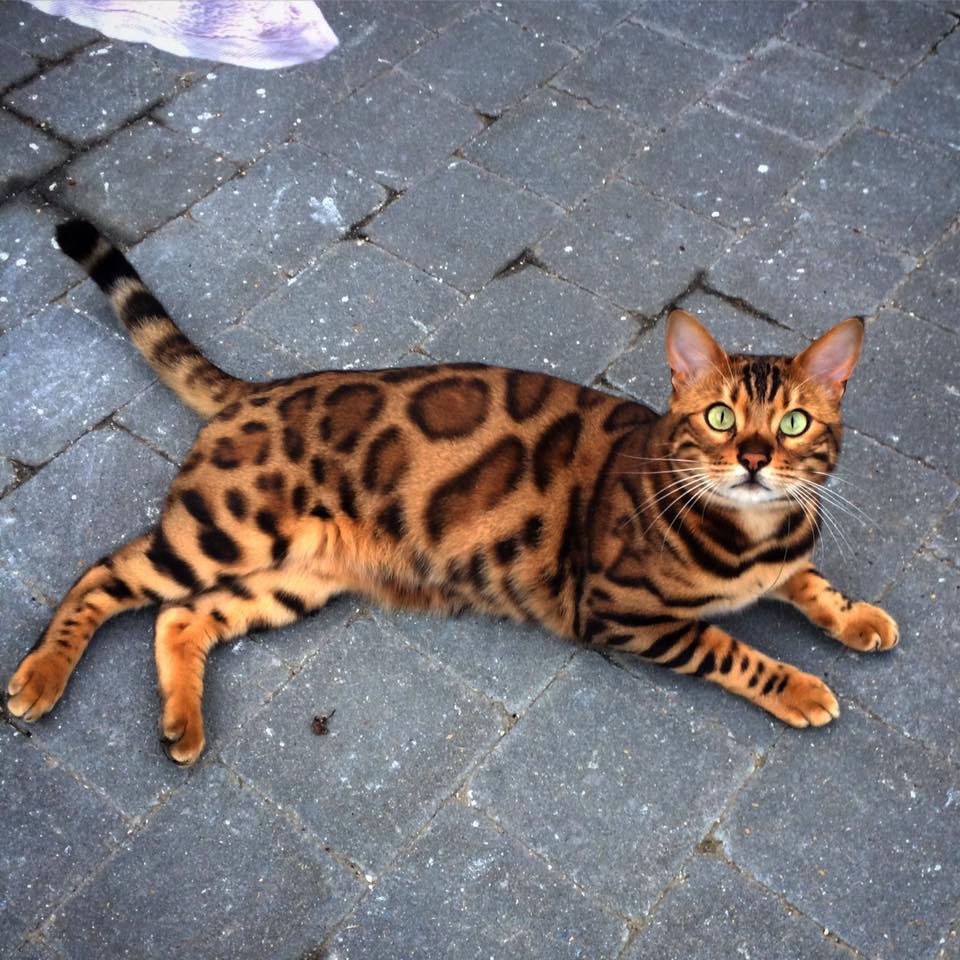 The Bengal cat is a relatively new breed of domestic housecat (Felis silvestris catus) developed to have a gentle and friendly temperament, while exhibiting the markings (such as spots, rosettes, and a light/white belly), and body structure reminiscent of the wild Asian Leopard cat (Prionailurus bengalensis). In other words, a Bengal cat has a desirable ‘wild’ appearance, with a gentle domestic cat temperament.

The name Bengal was derived from the scientific name of the Asian Leopard Cat, and not from the more widely known Bengal Tiger species, which has nothing to do with their ancestry or their looks. 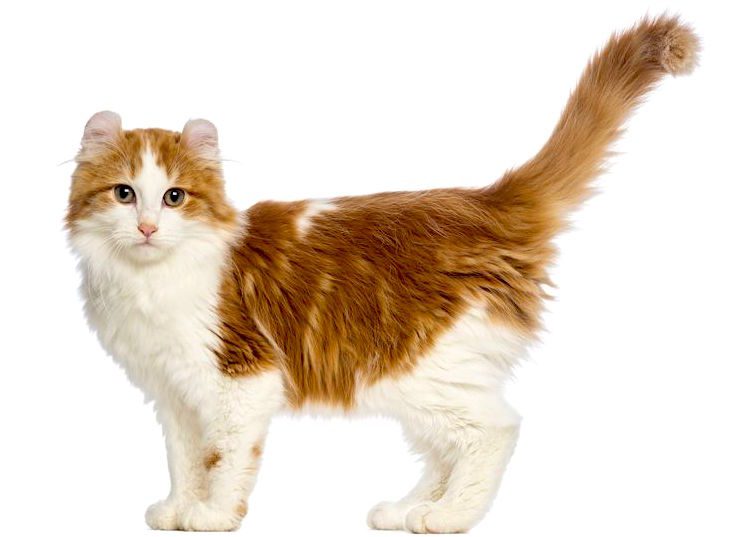 The American Curl Cat is a breed of domestic cat that has its origins in the United States. It is known for its unusual curled ears, which give it its name. The breed was developed in the 1980s, and was recognized by the Cat Fanciers’ Association in 1991.

The American Curl is a medium-sized cat, with a body that is long and muscular. The head is wedge-shaped, and the ears are large and set wide apart. The eyes are oval-shaped, and the coat is medium-length and silky. American Curls come in a variety of colors and patterns.

The American Curl is a friendly and outgoing cat, and is good with children and other pets. It is an intelligent breed, and can be easy to train. American Curls are generally healthy cats, but may be prone to ear infections due to their unusual ear shape.

Orange cats are often called tiger cats due to their orange coloring and striped pattern. They are also called Marmalade cats.