The Persian’s European debut is credited to Pietro Della Valle, an Italian traveller. is called the Longhair or Persian Longhair. A Persian without an established and registered pedigree is classed as a domestic longhair cat.

The Persian cat is one of the oldest breeds of cat. In Britain, it is called the “Longhair” or “Persian Longhair” (tipped varieties are known as “Chinchilla”). The Persian cat is reputed to originate from Iran (Persia), but interbreeding of Angoras with native British domestic longhairs in the 19th Century makes the true origin of the breed unclear. The Persian’s European debut is credited to Pietro Della Valle, an Italian traveller. 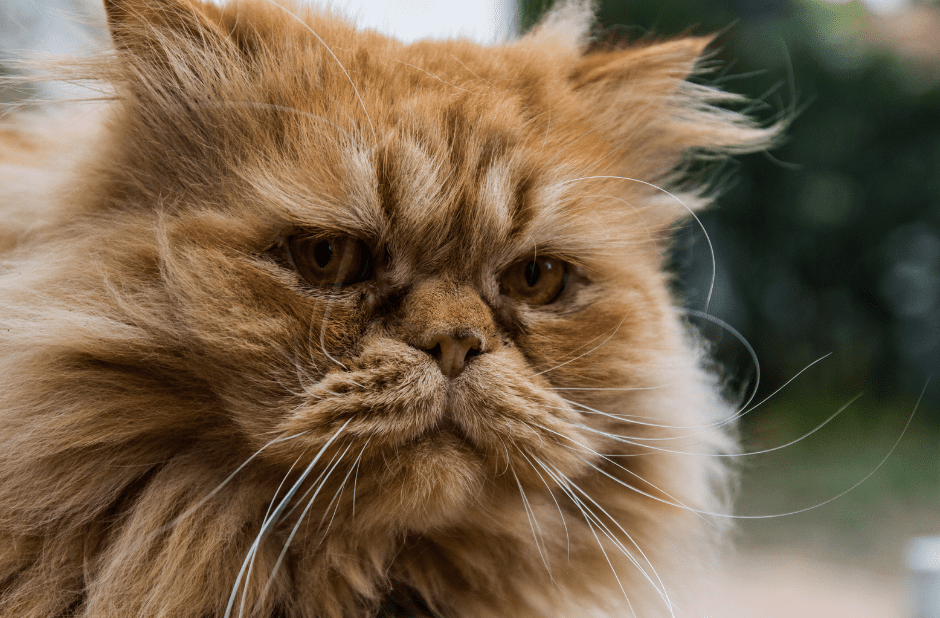 Persian cats have been first brought to Europe in the XVI century from Iran. Their appearance then differed greatly from today’s standard. Hundreds of years of selective breeding made Persians cobbier cats with drastically shorter muzzle. It’s not clear when longhair cats (in general) first appeared, as there are no African Wildcats (believed to be ancestors of domesticated cats) with that kind of fur. There have been claims that the gene responsible for long hair was introduced through hybridization with Pallas cat. Recent research however refute this theory.

A show-quality Persian has an extremely long thick coat, short legs, a wide head with the ears set far apart, large eyes, and an extremely foreshortened muzzle. The breed was originally established with a short (but not non-existent) muzzle, but over time this feature has become extremely exaggerated, particularly in North America, and Persians with the more extreme brachycephalic head type are prone to a number of health problems (specifically affecting their sinuses and breathing) caused by it. However, conscientious breeders eliminate this by careful choice of breeding stock with more moderate head type, as the goal is first and always healthy cats.

Persian cats can have any colour or markings including pointed, tortoiseshell, blue, and tabby. Persian cats with point are referred to as Colourpoint Persian in Europe and Himalayan (cat) in United States. In the USA, there was an attempt to establish the Silver Persian as a separate breed called the Sterling, but it was not accepted and Silver and Golden longhaired cats, recognized by CFA more specially as Chinchilla Silvers, Shaded Silvers, Chinchilla Goldens or Shaded Goldens are judged in the Persian category of cat shows. 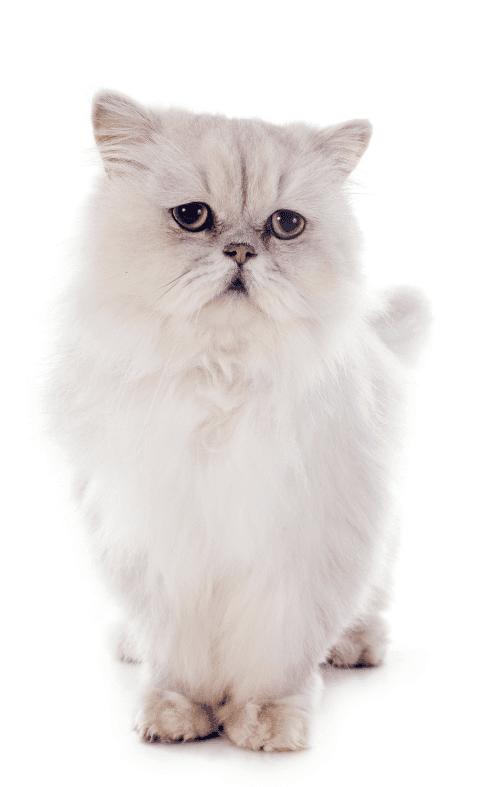 The 1911 Encyclopedia Britannica suggests that the Persian is derived from the Pallas Cat. A photograph accompanying the entry in the Encyclopædia shows a Blue Persian Cat, the conformation of which we would now call a “Doll Faced Persian” or “Traditional Persian”. Early photographs and drawings from magazines show the Persian as a Traditional Persian Cat. The Persian was first registered with the Cat Fanciers Association (CFA) in 1871 when the association first kept records.

Photographic records indicate that Persians, up until the 1960s, show a difference in appearance to cats of the early 1980s onwards (i.e., from the Traditional “doll face” to the “extreme”, “ultra”, “flat-faced” or “snubby” face of today). However, the Persian Breed Council’s standard for the Persian had remained basically unchanged over this period. The Persian Breed Standard is by its nature somewhat open ended and focused on a rounded head.

It is generally accepted (and by the Breed Council) that through selective breeding, in an attempt to develop the ideal Persian appearance, the Ultra Face came about. This has been called ultra-typing. The Persian Breed Council’s standard was changed during the late 1980s to limit the development of the extreme appearance. In 2007 the Persian Breed Standard was altered to reflect the flat face and it now states that the forehead, nose, and chin should be in vertical alignment.

Conscientious breeders take into account and minimize health issues by careful choice of breeding stock with more moderate head type, as the stated goal of most breeders is first and always healthy cats. Persian cats can have any color or markings including pointed, tortoiseshell, blue, and tabby. Tipped varieties are known as Chinchilla. Point varieties are called Himalayan in the United States and Colorpoint Persian in Europe. 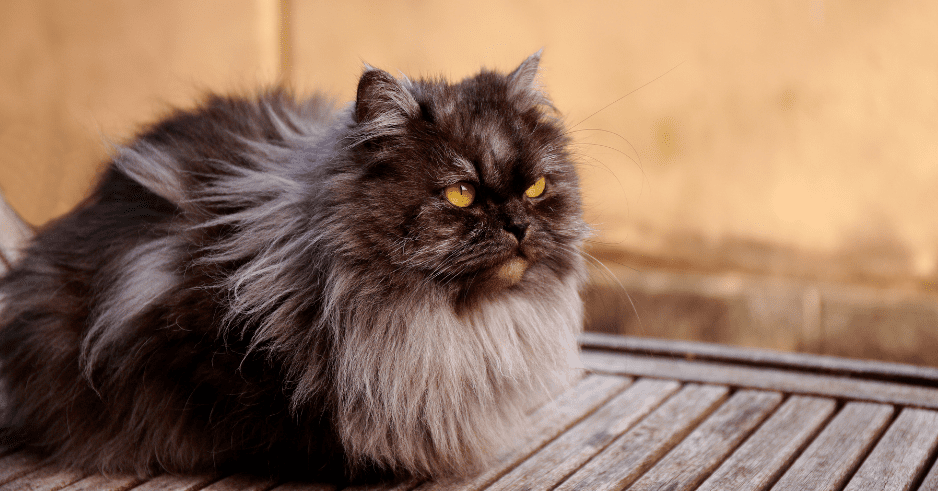 In the USA, there was an attempt to establish the Silver Persian as a separate breed called the Sterling, but it was not accepted and Silver and Golden long haired cats, recognized by CFA more specially as Chinchilla Silvers, Shaded Silvers, Chinchilla Goldens or Shaded Goldens are judged in the Persian category of cat shows. In South Africa, the attempt to separate the breed was more successful: the SA Cat Council (SACC) registers cats with 5 generations of purebred Chinchilla as a Chinchilla Longhair.

The Chinchilla Longhair has a slightly longer nose than the Persian, resulting in healthy breathing and no tearing of the eyes. Its hair is translucent with only the tips carrying black pigment: a feature that gets lost when out-crossed to other colored Persians. Out-crossing also may result in losing nose and lip liner, which is a fault in the Chinchilla Longhair breed standard. One of the distinctions of this breed is the blue-green or green eye color only with kittens having blue or bluish purple eye color.

Because their fur is too long and dense for them to maintain themselves, Persian cats need regular grooming. To keep their fur in its best condition, they must be bathed regularly, dried carefully afterwards, and brushed thoroughly every day. Their eyes need to be checked for problems on a regular basis because some animals have trouble keeping them clean. Likewise, Persians are particularly susceptible to a genetic disease which causes kidney failure, PKD, Polycystic kidney disease, among other diseases. However, cats can now be DNA screened for the gene that causes PKD, so these affected cats are gradually being removed from the Persian gene pool by responsible breeders.

Longevity is usually between 10 and 18 years on average. The White persians eye-color can be orange-eyed, blue-eyed, or odd-eyed. The blue-eyed type is prone to deafness. In South Africa, the attempt to separate the breed was more successful: the SA Cat Council (SACC) registers cats with 5 generations of pure bred Chinchilla as a Chinchilla Longhair.