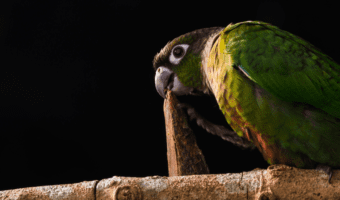 The green cheeked conure (Pyrrhura molinae), also known as the green-cheeked parakeet, is a small parrot of the genus Pyrrhura that is native to South America and Central America. It belongs to the family Psittacidae and the order Psittaciformes. Belonging to the genus Pyrrhura, it is a part of the parrot subfamily Arinae, which groups together the long-tailed New World parrot species.

Green cheeked conures are highly popular pets and can be trained easily. They’re also known to be very affectionate with their owners. They are brightly colored, and are being selectively bred to create even more color mutations, too. This coloration allows them to remain camouflaged in their natural environment and, thanks to this, they have very few natural predators.

These birds are not considered endangered in their natural habitat and, although their total population is unknown, they are thought to be widespread. They are listed as Least Concern by the IUCN Red List. 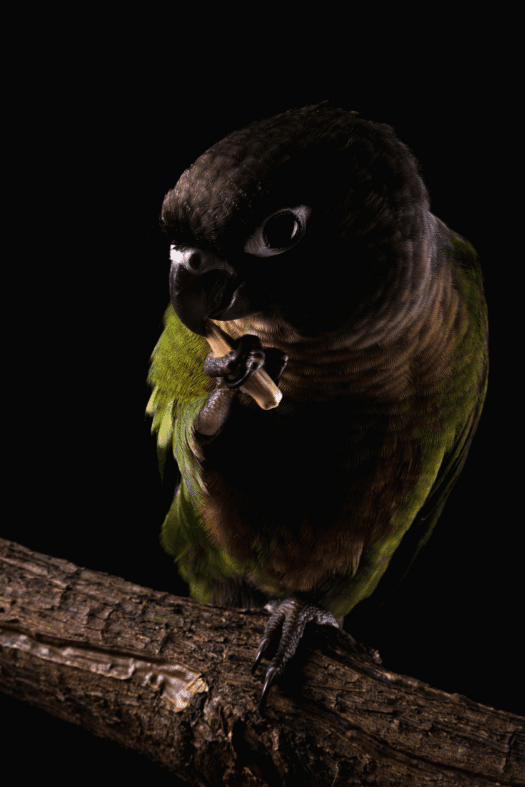 The green-cheeked conure is a small bird, measuring between 25 and 26 cm (10 inches) in length from the beak to the tip of the tail feathers. They have a wingspan of 5 to 5.5 inches, and weigh between 60 and 90 grams. Their tail measures about 4 to 6 inches long, and tapers at the tip.

Both males and females have the same appearance, with their coloration being mainly green. They have a gray, brown or blackish crown, a red abdominal area, and blue primary wing feathers. Their tail is mostly maroon in color.

As their name suggests, their cheeks are green colored. They have white rings around their eyes and dark gray feet. The green-cheeked conure bill is shaped like that of other conures and is gray in color.

In addition to the natural colors of a green-cheeked parakeet, there have been color mutations bred in captivity. They are as follows:

In the wild, the green-checked conure’s lifespan is between 10 and 15 years, but they can live up to 30 years in captivity. 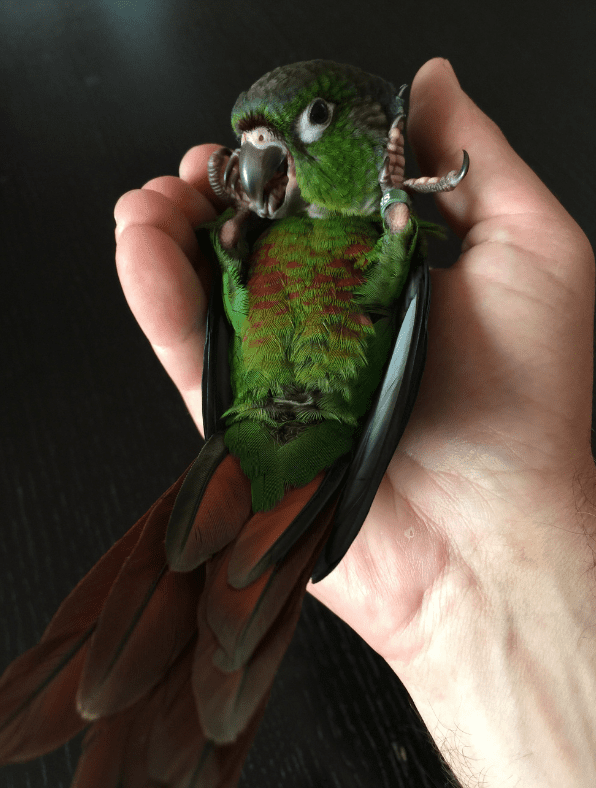 Green-cheeked conures eat various fruits, vegetables and seeds, but occasionally they will also eat insects too. They commonly forage in groups and reside where there is plenty of food.

Green-cheeked conures live in flocks of between 10 and 20 individuals. They are active during the day, and sleep in their nests inside tree trunks at night.

They are the quietest of the conures. However, as pets, they can be trained to do tricks and talk with a limited vocabulary. They are sociable animals as pets, and will want a lot of attention. They often try to draw the attention of their owner by hanging upside down, or dancing around on their perches, or even by hiding under papers.

This bird species nests in hollow trees. They have a clutch size of between 4 to 6 eggs and the incubation period lasts anywhere from 22 to 25 days. The hatchlings are weaned at 8 to 10 weeks of age.

Baby green-cheeked conure parrots look almost similar to the adults, except they have a duller plumage, darker irises, and are less maroonish on the abdomen. They reach sexual maturity around two years of age.

The green cheeked conure is native to South America and Central America, occurring in the west-central and southern regions of Mato Grosso in Brazil, northern Paraguay, and northern and eastern Bolivia extending to northwestern Argentina.

These birds inhabit forests and woodland at elevations up to 3000 meters. They choose to live in taller trees since it’s harder for predators to kill them, and also to reach up to their nests and eggs. Their coloration serves also as camouflage, making it very hard for predators see them against the green treetops. 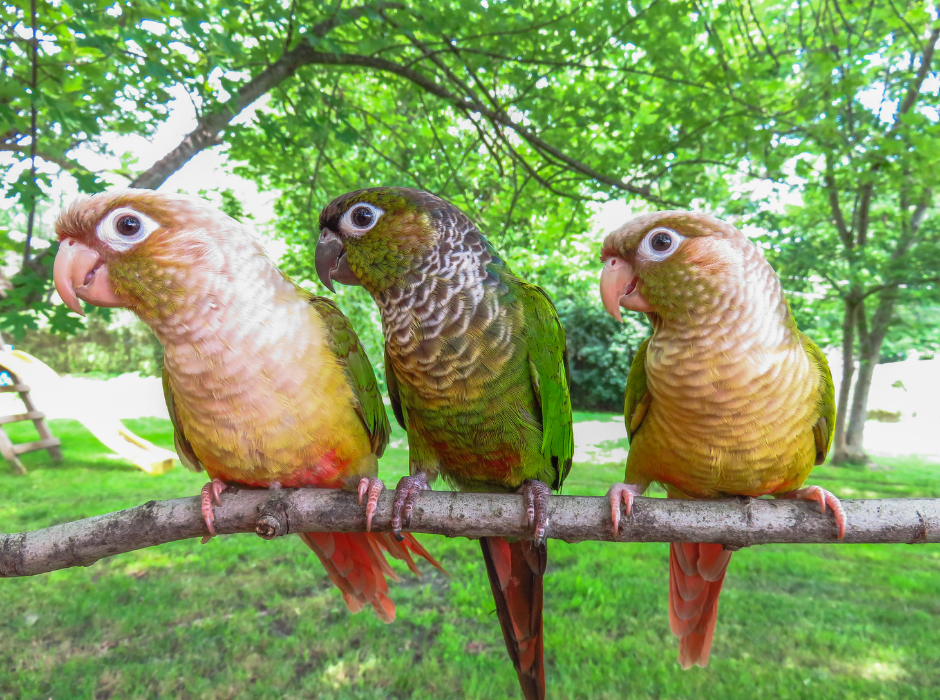 The population of green-cheeked conures is unknown, but they are thought to be widespread across their range and are not considered endangered. The IUCN Red List states that they are of Least Concern.

Their biggest threat is likely to be deforestation and loss of habitat in the wild.

Of all the conures, the green cheek conure is the most common as a pet bird. They are affectionate, lively and outgoing, and are easy to train and can be taught a lot of tricks. However, they require a lot of care and a lot of attention, becoming quite destructive if you cannot give this to them.

Check out more animals that begin with the letter G