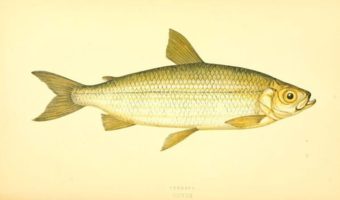 Their fins are grey in color becoming darker towards the margins. It has large eyes, a relatively small mouth and an adipose fin. Other common names for this species include ‘whitefish’ and ‘European cisco’ in England and ‘Fendas’ in Welsh.

The Vendace fish is listed on the IUCN Red Data List 2000 as Data Deficient (DD), Annex III of the Bern Convention, Annex V of the EC Habitats and Species Directive, Schedule 3 of the Conservation Regulations 1994 and Schedule 5 of the Wildlife and Countryside Act 1981.