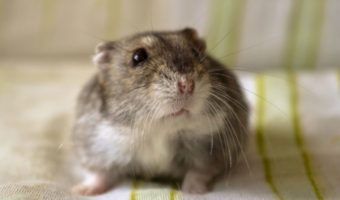 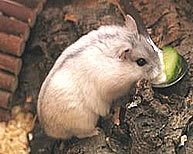 In the wild, this adaptation helps them evade predators in the snow covered Steppes of winter. Winter White Russian hamsters live mainly in Siberia and are also found in Dzungaria, Kazakhstan, Mongolia and Manchuria.

Winter White Russian hamsters generally make excellent pets. However, a larger Syrian hamster would be more suitable for younger children as they can be handled more clumsily.

Frequent fighting may occur and be a great distress for them, or even lead to deadly incidents. This is in contrast to the Campbell’s hamster species and remains an item of dispute among hamster owners. 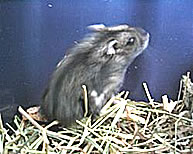 Winter White Russian hamsters were only available in their typical brown/black ‘normal’ color, however, they are now available in a variety of colors. Colours include at least normal (dark grey/brown), pearl normal, sapphire and pearl sapphire variations. However, these colors may be difficult to find and the number of available colors is much smaller than in the dwarf Campbell’s hamster.